With its large number of plants, the Botanical Garden in Munich serves as a valuable habitat for native animal species. 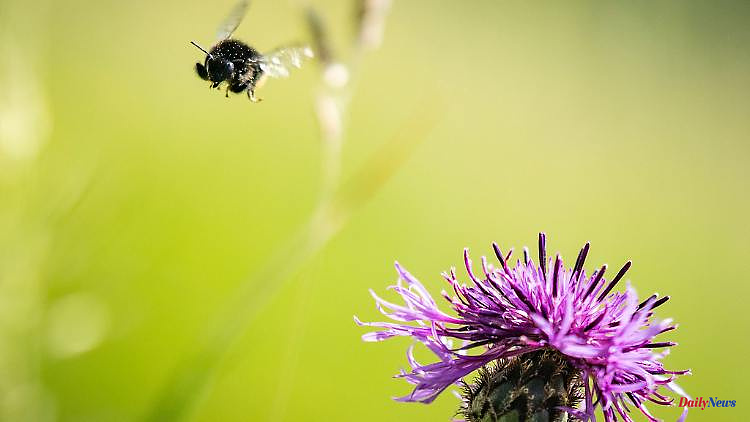 With its large number of plants, the Botanical Garden in Munich serves as a valuable habitat for native animal species. Now scientists have discovered a rare wild bee species there.

Munich (dpa / lby) - It is on the Red List and is threatened with extinction: the stalk leaf cutter bee (Megachile genalis). Scientists have now discovered four specimens of this rare wild bee species in the botanical garden in Munich. During a targeted search for another bee species, he happened to see the four stalk leafcutter bees, reported Andreas Fleischmann, research associate and curator at the Botanical State Collection. "That was a nice surprise."

One specimen was already sighted elsewhere in Munich in 2020 and 2021. From the 100 years before that, six other sightings are known in Bavaria, said Fleischmann. He then captured the latest discovery in the botanical garden with a camera.

The stalk leafcutter bee collects pollen for its offspring only on certain daisy plants, including thistles. There are plenty of these in the botanical garden, said Fleischmann. In addition, this wild bee species is one of the beneficiaries of global warming.

Now the scientists are trying to find the bees' nests in the botanical garden in order to be able to preserve them. Unlike honey bees, the stalk leafcutter bee does not build honeycombs out of wax and unlike other wild bees, it does not use what are known as insect hotels, but nests in hollow plant stalks. To do this, she gnaws a hole in the stem and builds a nest in it with pieces of leaves.

According to the information, the wild bees in the Botanical Garden have been recorded since 1997. 112 species are currently known, which corresponds to almost half of all wild bee species known in the Munich area. 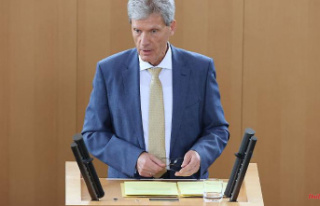