Bavaria's 'Snowfall' is days before the arrival of summer

Bavaria's German town of Weiler-Simmerberg was hit by an unusual weather episode.

Bavaria's German town of Weiler-Simmerberg was hit by an unusual weather episode. On Sunday, there were ice pellets that covered the streets.

> Take a look at these pictures:

This local event is rarer because it happens a few days before summer arrives, just as a large storm has ravaged the region with heavy rains and strong winds. .

This type of hazard is increasing in intensity and frequency due to climate change. A storm that caused significant damage in the west region of Germany left one person dead, and almost 60 others injured, less than three weeks back, also in Germany. 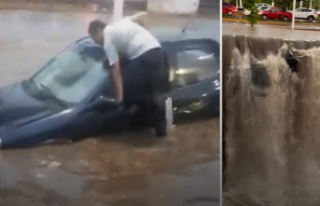 Amazing images of the flooding in Guadalajara (Mexico).