Munich (dpa / lby) - After the recent protests by climate activists, CSU boss Markus Söder has renewed his sharp criticism of those involved. 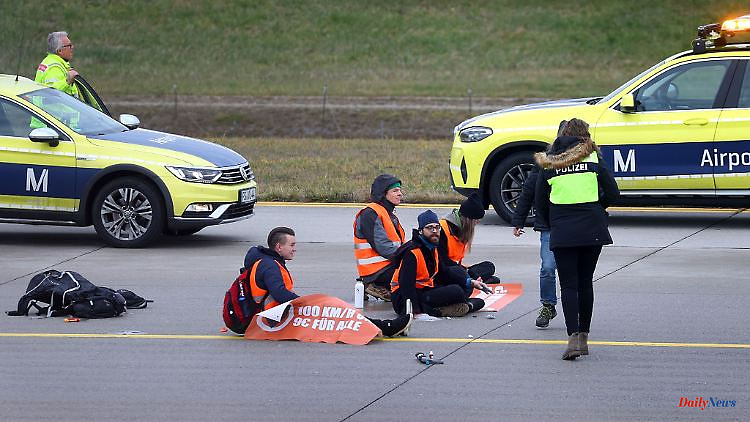 Munich (dpa / lby) - After the recent protests by climate activists, CSU boss Markus Söder has renewed his sharp criticism of those involved. "Normally I would say that in Bavaria the following applies: live and let live, stick and let stick," said Söder on Friday after a CSU board meeting in Munich. But unfortunately it's not that easy - the events of the day before had shown that. "All of this is associated with great dangers, for security, also for life and limb," warned the Prime Minister.

On Thursday, climate activists blocked the northern runway at Munich Airport for 45 minutes. Four members of the "Last Generation" group had cut a hole in a fence that morning and taped themselves to a runway. According to Interior Minister Joachim Herrmann (CSU), the police were able to prevent the southern runway from being blocked by three other activists. One consequence of the action was that a plane with an emergency patient could only land 20 minutes late.

Söder announced in Bavaria that he would continue to take consistent action against the climate activists. The fact that only two of the seven participants came from Bavaria the day before shows the overarching strategy behind it. Söder added: "The "climate stickers" are not primarily about the climate. If you study all the documents carefully, it's about a completely different, very radical image of society." The CSU chairman left open what exactly he means by that.

"We advise everyone who is thinking about doing something sensible: getting involved in parties, planting trees, renaturing moors, cleaning forests," said Söder. If you want to do something for the climate, there are "great opportunities" and 1000 possible activities, said the Prime Minister. 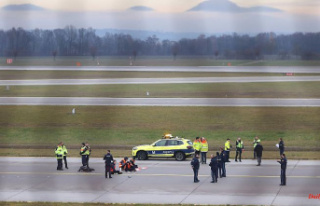