Bavaria: Söder is gradually announcing A13 for all teachers

A Bavarian hardship fund in the fight against the crisis, A13 for all teachers - and maybe a new lawsuit against the financial equalization of the states: Markus Söder is in campaign mode at the CSU retreat. 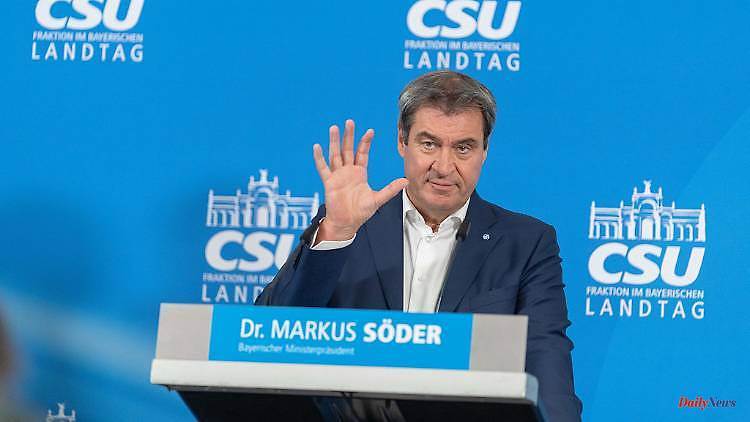 A Bavarian hardship fund in the fight against the crisis, A13 for all teachers - and maybe a new lawsuit against the financial equalization of the states: Markus Söder is in campaign mode at the CSU retreat.

Bad Staffelstein (dpa / lby) - With his own Bavarian hardship fund of up to one billion euros, Prime Minister Markus Söder wants to mitigate the consequences of the energy crisis for the Free State. Söder announced this on Wednesday at the CSU parliamentary group retreat in the Upper Franconian Banz monastery. Up to 500 million euros are to go to medium-sized companies, associations, care or social institutions. In addition, the development bank LfA is to offer companies that are in financial difficulties extended guarantees - in total up to another 500 million euros. You don't want to just "hold hands, you also want to help," said the CSU chairman.

A year before the state elections, Söder also threatened another lawsuit by the Free State against the financial equalization of the states. And - after long resistance from the CSU - he promised a gradual adjustment of the starting salary for teachers: From the next legislative period, level A13 should be gradually introduced for everyone, starting with middle school.

The hardship fund will not solve the problems, but is a contribution from Bavaria to help, said the Prime Minister. But it could only be an addition - the main burden lies with the federal government. Specifically, Söder demanded, among other things, a cap on the price of fuel: "It works in other countries, why not in Germany?" He asked. In addition, he demanded more commitment from the federal government, if necessary by abandoning the debt brake: In the event of an impending "mega-crisis", "help for the country, people and economy must come before riding on principles".

When it comes to balancing the financial strength of the federal states, Bavaria bears more than half of the total compensation volume, the payments from the Free State have risen to around nine billion euros. A new lawsuit is therefore being examined, said Söder. "We are the good Samaritans of Germany," Söder complained in his speech to the parliamentary group. It can't go on like this. There needs to be a cap, an upper limit, a "proof of use" by the recipient countries. "We really like to help," said Söder. But the fact that Bavaria is now paying 60 percent of the total is an "excess" that is no longer acceptable.

In 2013, Bavaria – together with Hesse – had already filed a complaint before the Federal Constitutional Court against the financial equalization of the federal states at the time. The two states then withdrew their lawsuit in 2017 after the financial relations between the federal and state governments had been reorganized.

With the announcement of the gradual introduction of A13 for teachers, Söder is responding to the staff shortages in many Bavarian schools - and to demands from associations, the opposition and his own coalition partner, some of which have been going on for years. There are currently bottlenecks, especially at elementary, middle and special schools. As a first step, according to Söder, there should be an appeal to teachers who work part-time to voluntarily teach one more lesson. And then the gradual transition to A13. "We still have concerns, so only gradually," admitted the CSU chairman.

Free voter boss and Vice Prime Minister Hubert Aiwanger is not fast enough. "It's great that the CSU is now moving on the A13," he said. "As Free Voters, however, we want to take the first concrete steps in this legislative period, not just as a promise for after the election." In addition, the A13 increase must apply equally to primary school teachers and middle school teachers. Minister of Education Michael Piazolo (Free Voters) made a similar statement.

Söder swore the CSU deputies in Banz to the upcoming election year - also with renewed loud criticism of the Berlin traffic light coalition. According to parliamentary group leader Thomas Kreuzer, the CSU parliamentary group then unanimously supported Söder's new candidacy - they wanted to go to the election with Söder.

In Banz, Söder again spoke out in favor of continuing the coalition with the Free Voters - and against an alliance with the Greens. Black and green is "not a Bavarian model" and not an option for Bavaria. He wants an independent and "autonomous" government. 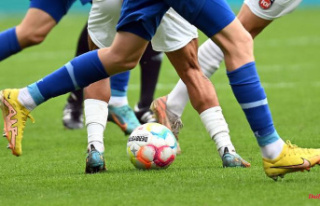