Rock fans had hoped for a long time in 2020 and 2021 and were disappointed: "Rock im Park" was canceled due to Corona. 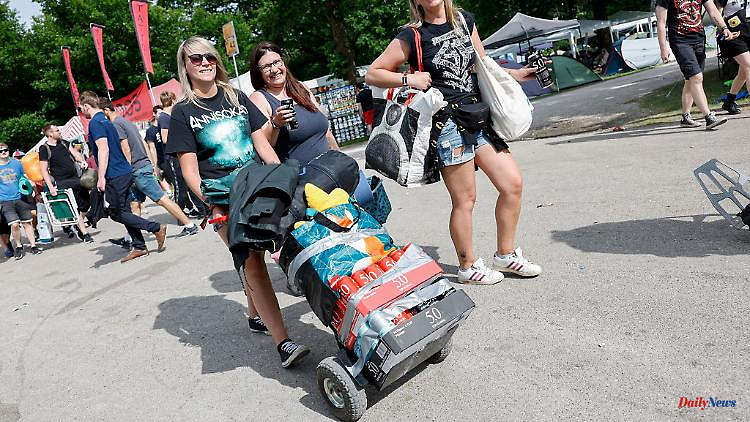 Rock fans had hoped for a long time in 2020 and 2021 and were disappointed: "Rock im Park" was canceled due to Corona. Now tens of thousands are partying there again - and doing it properly.

Nuremberg (dpa/lby) - As soon as the first guitar riffs sound at "Rock im Park", people flock to the festival grounds - many at a run. "Up until now we didn't believe that we were really here," says a young woman in hot pants. Her friend pulls her away by the hand and the two run to the stage. There, on Friday afternoon, the US band Black Veil Brides gets rock fans in the mood for the three-day music festival in Nuremberg - and after two years of the Corona compulsory break, many really want to celebrate.

Around 70 bands are expected to perform there on three stages until Sunday, as at the twin festival "Rock am Ring" in the Eifel. Headliners are Volbeat, Green Day and Muse. According to the organizers, they are expecting more than 160,000 revelers at the famous Nürburgring race track and around the Zeppelin field on the former Nazi Party Rally Grounds in Nuremberg. This makes these one of the first major festivals to rise again after the outbreak of the corona pandemic.

"It was surreal at first. But after half an hour you were back in," says Vinzenz from Regensburg. Like the majority of the around 75,000 visitors according to the organizers, he and his friends arrived on Thursday. Many partied on the campsites until the early hours of the morning. Despite this, the arrival and the first night were relatively quiet, according to the medical security service. By Friday morning, the paramedics had to treat almost 200 people, 11 were transported to a hospital.

Corona - that doesn't seem to matter to many fans in front of the stage right now. They stand tightly packed together, dance and keep raising their hands in the air. "I have goosebumps," says a blond woman who has painted stripes on her hair and face with glittering paint. "People are so relaxed here because everyone is so happy." She and her boyfriend come from Nuremberg and are therefore at "Rock im Park" every year. But this year they were even happier than usual, he says. "Every concert, every festival after the easing is something special."

Masks are almost nowhere to be seen on the premises, but there are more hats, sunglasses and lots of tattooed skin. In the summer heat, the women wear tight trousers, skirts and bikini tops. Many men do without T-shirts altogether. The water points, where music fans can fill up their drinking bottles free of charge, are well frequented - also for a short cooling off. While some exhaust themselves dancing in front of the stages, others relax on the meadow in front of it or look for a spot in the shade at the campsites by the lake.

However, the weather could dampen the mood for celebrations. Thunderstorms with heavy rain, squalls and hail are forecast for late Friday afternoon. So far, the organizer is not worried: "In the past, we have often had the situation that Nuremberg was hit by a strong storm and that it passed the "Rock im Park" site," says Carolin Hilzinger from Argo Konzerte. But you keep an eye on the situation and are in constant contact with a meteorologist.

1 Investigation. Operation against the ultraright in... 2 Ain. Nantua: The Paris-Geneva TGV has been restored... 3 100 billion euro fund: Bundestag changes the Basic... 4 Fear of confiscation: oligarchs save their yachts... 5 Infections, flu and Co.: Is the immune system out... 6 Baden-Württemberg: Large amounts of rubble disposed... 7 Baden-Württemberg: fines against restaurant operators:... 8 Thuringia: Thuringian CDU: In trouble because of support... 9 Epidemic. Coronavirus: Why is the number of cases... 10 Mecklenburg-Western Pomerania: More than 5,400 people... 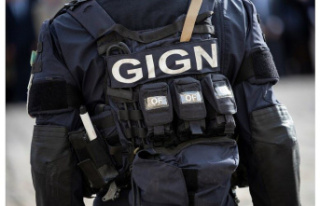 Investigation. Operation against the ultraright in...