Thousands of rock fans are making the pilgrimage to Nuremberg again this weekend. 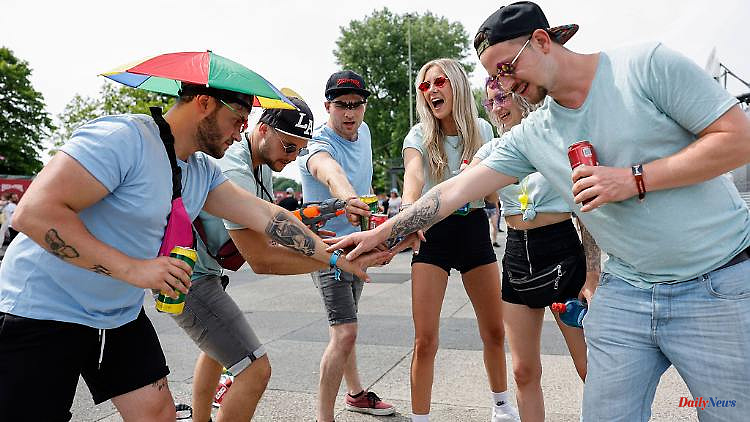 Thousands of rock fans are making the pilgrimage to Nuremberg again this weekend. After a two-year Corona break, "Rock im Park" can rise again. Now, only the weather has to play its part.

Nuremberg (dpa/lby) - It is one of the first major music festivals to take place again after the outbreak of the corona pandemic: From Friday, thousands of music fans will celebrate and dance together at "Rock im Park". Around 70 bands will heat them up on three stages during the Pentecost weekend. With around 70,000 visitors every year, it is one of the largest music festivals in Bavaria and Germany.

At the same time, the twin festival "Rock am Ring" is taking place at the Nürburgring in the Eifel. According to the organizers, they are expecting more than 160,000 revelers at the famous Nürburgring racetrack and on the former Nazi Party Rally Grounds in Nuremberg. In 2020 and 2021, like many others, both festivals had to be canceled due to the Corona crisis.

According to the schedule, the US bands Black Veil Brides and Daughtry will kick things off on Friday (2:05 p.m.) in Nuremberg. Later, among others, Billy Talent, Beatsteaks and Volbeat will appear. Green Day and Muse are planned as headliners on Saturday and Sunday.

However, the weather could spoil the party mood: The German Weather Service expects heavy rain and thunderstorms in Nuremberg on Friday and Sunday from the afternoon, and there could also be gusts and hail. The majority of visitors camp at the festival, two of the stages are outside.

After the forced Corona break, the police and the city are preparing for more work than usual this year: "Of course, after a two-year break, it will be the first festival of this size, especially for younger people," said police spokesman Robert Sandmann recently.

The regulatory office also suspects that the newcomers are not yet familiar with the processes and rules of the festival, for example with regard to the ban on camping outside the designated area, nocturnal tent parties or looking after your own belongings. In the past, mountains of rubbish after the festival had caused trouble on the site. With ponds and parks, this is a popular local recreation area for Nuremberg residents.

1 Bouches-du-Rhone. For the security of your evenings,... 2 Going out in the Pays de Savoie. Brison: The giant... 3 Drome. Chateauneuf du-Rhone's little train is... 4 Mercer. This Saturday, Ardeche has a unique show. 5 Hesse: Water police sees an increase in recreational... 6 Alpes de Haute Provence. Alexandra David-Neel's... 7 Nations League luck for Haaland: Portugal gets a late... 8 Auvergne Rhone-Alpes. After the announcement of the... 9 Hesse: Consumer bankruptcies in Hesse are falling... 10 Hesse: Marburg celebrates the 800th birthday of the... 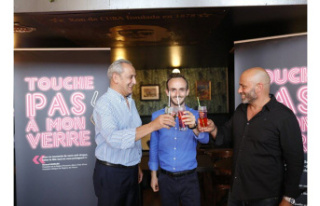 Bouches-du-Rhone. For the security of your evenings,...