Bavaria: Too much or too little order?: Criticism of the city leaders

Anger about decisions by the public order office disturbs the spring idyll in the three-river city of Passau. 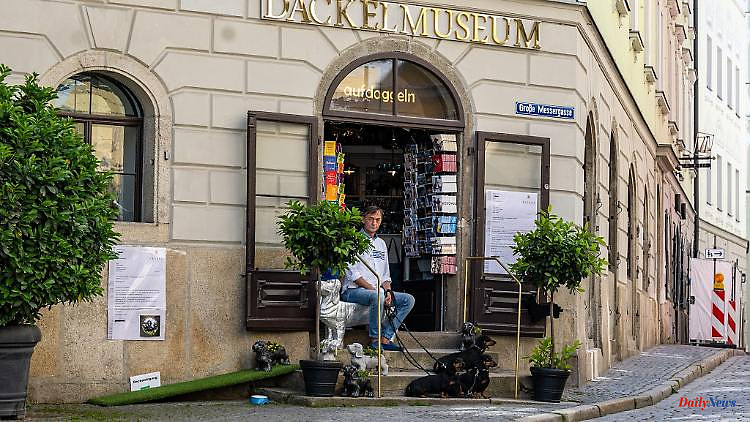 Anger about decisions by the public order office disturbs the spring idyll in the three-river city of Passau. The discussion culminates in an almost bizarre argument over two garden chairs and a parasol in front of the Dachshund Museum. How tidy does it need to be?

Passau (dpa / lby) - After the parasol ban for the Passau Dachshund Museum, the city leadership around Mayor Jürgen Dupper (SPD) is massively criticized. Protest comes from the population as well as from the city council. There is talk of "power and basta politics" and small-mindedness. The critics call for a solution to be found in the interest of those affected. The SPD city council faction rejects the allegations.

The excitement about the wrong labeling of brandy vinegar, the ban on wine being served at the weekly market and the debate about the special use in front of the Dachshund Museum should be a reason for "self-critical pause", demanded the ÖDP parliamentary group leader Urban Mangold. Earlier, 30 years ago, the city administration had tried to "reduce exaggerated sovereign appearance and antiquated authority posturing". Today one has the impression that regulations are savored with a certain joy in the ban and in the decree.

The Greens parliamentary group shows only limited understanding. An administration can certainly not meet all wishes, said Chairwoman Stefanie Auer. "In our opinion, what was possible for years, or at least tolerated, should now be prohibited." Legal regulations would apparently be interpreted as narrowly as permissible at the expense of those affected. There was initially no reaction from the CSU parliamentary group on request.

The ÖDP and the Greens asked the city to talk to those affected. One should look for solutions "instead of putting obstacles in the way unnecessarily or banning things across the board," says Auer. And Mangold says that the purpose of regulations is to enable good coexistence. A letter to the editor called for "courage to be messy" in the "Passauer Neue Presse" on Thursday.

From the point of view of the SPD city council faction, the criticism is factually untenable and objectively unjustified. Rather, she expresses herself "in a way that some people have an almost frightening understanding of the law and a strange understanding of equal treatment," wrote Chairman Markus Sturm. The SPD was not asked for talks by those affected.

In the debate about misleading labels for brandy vinegar, the city "very benevolently" exhausted its discretionary powers in favor of the manufacturer and granted them a transitional period agreed with them, according to Sturm. Regarding the sale of alcohol at the weekly market, the city "only implements what the legislator specifies".

With regard to the seating area in front of the Dachshund Museum, Sturm refers to equal treatment. There would only be the possibility of softening the cityscape statute, "but then also for everyone". Perhaps the principle of talking to each other instead of about each other would have led to a solution. "Perhaps we could have considered together whether there could not have been space for a public park bench on the spot. To rest and philosophize about dachshunds and the many other beauties that make our Passau appear so colorful and endearing."

1 Thuringia: Over 1300 participants in the German Fire... 2 Thuringia: anger about garbage fees after receiving... 3 It matters. 100th Day of War in Ukraine: From a failed... 4 Significant plus in East and West: Bundestag launches... 5 Hesse: motorcyclist touched protective wall on A7:... 6 Lauterbach confident: Ampel argues about measures... 7 Mecklenburg-Western Pomerania: full streets and trains... 8 Unusual. An American woman finds $36,000 sofa from... 9 Russia so far not a loser: Morawiecki criticizes "indifferent"... 10 Free transfer from the record champions: BVB lands... 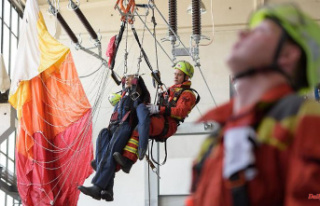 Thuringia: Over 1300 participants in the German Fire...