Bavaria: Truck roadblocks in the Inn Valley for the first time

On days with truck block handling in Tyrol, there were recently traffic jams, chaos and a lot of trouble in Bavarian communities along the autobahn. 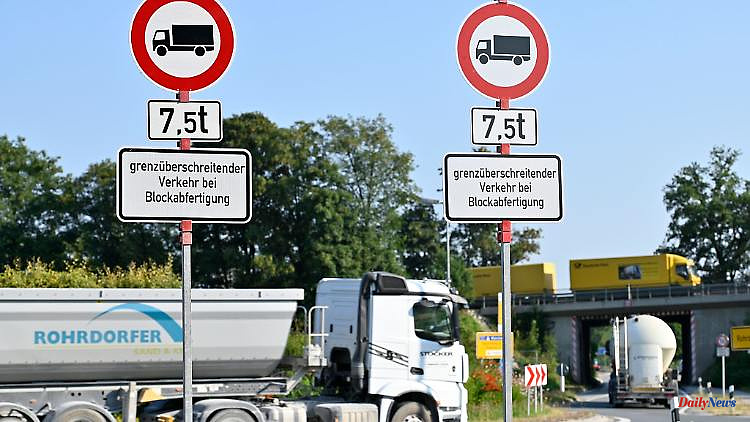 On days with truck block handling in Tyrol, there were recently traffic jams, chaos and a lot of trouble in Bavarian communities along the autobahn. This should now come to an end. Even if the core of the problem remains.

Munich (dpa/lby) - Bavaria is reacting to the truck block handling in Tyrol: On Monday, roads away from the Bavarian motorways were closed to cross-border truck traffic for the first time. This should apply automatically on all days on which Tyrol restricts the entry of trucks. With the road closures, the Free State wants to prevent trucks that want to avoid the motorway backlog because of block handling from clogging smaller roads off the motorway and causing chaos in neighboring communities. Prime Minister Markus Söder and Minister of Transport Christian Bernreiter (both CSU) presented the details on Friday.

According to the ministry, many subordinate roads in the districts of Miesbach, Rosenheim, Traunstein and Berchtesgadener Land are closed on the days in question, in some cases from the motorway junctions. Warning signs on the motorways are intended to alert truck drivers to the ban on driving through - but the federal government had rejected a ban on exiting the motorways.

The closure of the side streets is to be enforced by the Bavarian police. Truck drivers who ignore the ban on driving through are to be instructed and warned and then escorted back onto the motorway. According to the Oberbayern Süd police headquarters, drivers must expect a fine of 100 euros.

The background to the whole thing is a dispute between Bavaria and Tyrol that has been smoldering for years. In order to relieve the pressure on the Inntal autobahn leading to the Brenner Pass, the Austrian federal state has restricted entry for trucks on several dozen days this year - at the Kufstein/Kiefersfelden border crossing, a maximum of around 300 trucks coming from Germany will be allowed to enter the country per hour. If necessary, heavy traffic is brought to a complete standstill. This regularly leads to traffic jams in the Munich area - and to sometimes chaotic conditions in communities along the Autobahn in Bavaria.

Söder called the Bavarian countermeasures a kind of self-defense to protect the citizens and the Inn Valley. But it was only an interim solution, he emphasized. The main goal remains that there will no longer be any truck block handling in Austria in the future. 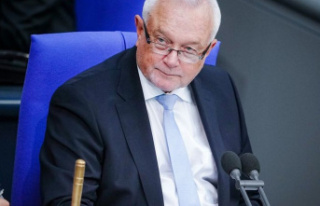 Pandemic: FDP politicians for the end of the corona...