Bayern: How many annoy us this year? Forecast for the flight of wasps

They like to tuck into cake and jam, and they don't even stop at sausages: hungry wasps can be really annoying. 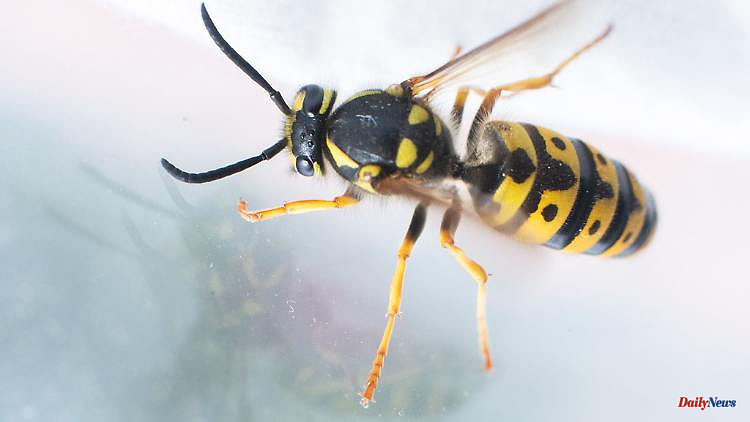 They like to tuck into cake and jam, and they don't even stop at sausages: hungry wasps can be really annoying. How many will be on our plates this year depends mainly on the next few weeks.

Hilpoltstein (dpa / lby) - Summer time is wasp time: According to a biologist, the extremely dry and warm spring in Bavaria could have been a good start for the wasps. "Now it depends on the next few weeks, because the foundation of the nest has only just started," said insect expert Tarja Richter from the State Association for Bird Protection in Hilpoltstein in Central Franconia. June, July and August are then the months in which the common wasp or the German wasp also helped themselves to the food of humans due to food shortages.

Wasp nests could get relatively large in midsummer, "if it stays relatively dry now," said Richter. Because when it's humid, the microclimate is unfavorable for development - moreover, the insects don't fly off to look for food. If nectar is missing later in midsummer, "then they just come to the coffee table and get jam, sometimes sausages as food for the larvae".

Nevertheless, it is still difficult to predict whether it will be a strong wasp year. "It's still relatively early to say anything." This also depends on how many queens made it through the winter.

Even if many people perceive wasps as a nuisance - according to Richter, they are important for the ecosystem as pollinators of crops and wild flowers. "And they hunt the caterpillars of vermin for their larvae."

The nature conservation association Nabu recommends staying calm when wasps visit. Under no circumstances should you lash out or blow on the animals. Sweet food and drinks outdoors should be covered - or rather consumed indoors.

According to Richter, anyone who discovers a wasp nest in their house is not allowed to remove it themselves. "They're protected. You can't just tear down the nest, even if it's just in the start-up phase." This requires an application to the responsible nature conservation authority. "In any case, it is better to relocate the animals instead of poisoning them," advises the Bund Naturschutz.

1 Hesse: Everything you need to know about the election... 2 North Rhine-Westphalia: Ruhr-Uni Bochum offers activities... 3 North Rhine-Westphalia: Neanderthal Tower opens in... 4 Saxony-Anhalt: Doctoral centers at the universities... 5 Saxony-Anhalt: accident with several injuries 6 Saxony-Anhalt: One seriously injured and 120,000 euros... 7 Saxony: Dozens of investigations into the "Z"... 8 Against Dark Patterns: Recognize manipulation in the... 9 Thuringia: More fines from the judiciary for clubs... 10 Thuringia: Nabu Thuringia: award for swallow friendliness 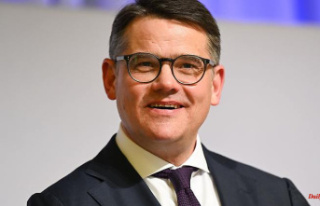 Hesse: Everything you need to know about the election...