Because of prison sentence: Brits refuse entry to Lil Wayne

Ex-President Trump's pardon may have saved Lil Wayne from another prison sentence. 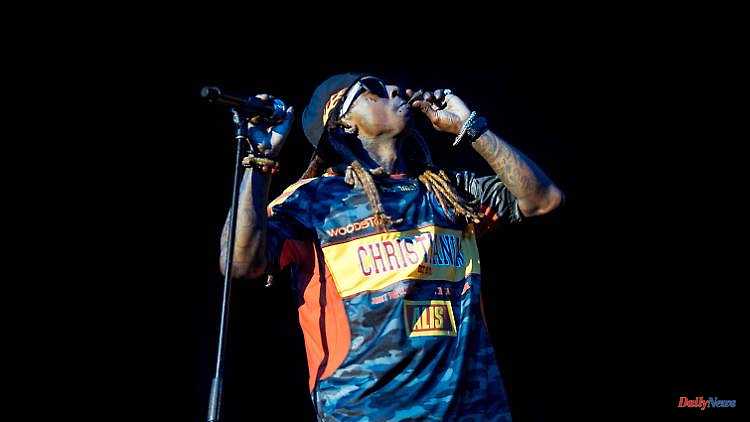 Ex-President Trump's pardon may have saved Lil Wayne from another prison sentence. But she has no influence on his earlier conviction. Because of this, the US rapper is now not allowed to enter Great Britain for a concert.

It was supposed to be his first UK concert in 14 years: now Lil Wayne had to cancel his appearance at the "Strawberries

The US rapper was denied entry to Great Britain in a "last-minute decision directly by the Home Office". "We are deeply disappointed by this sudden and negative verdict," emphasize the organizers. Little information was received and the timing of the decision was annoying for everyone involved.

The festival team worked around the clock to find a "big new name" for the vacated slot for Saturday: US rapper and Grammy winner Ludacris will stand in for Lil Wayne at the event in Cambridge. Furthermore, due to the cancellation, ticket holders can receive a free ticket for June 19 or a discount on tickets for next year's festival as compensation.

In a statement on Wednesday, the UK Home Office said, according to The Guardian: "Any person sentenced to 12 months or more in prison must have their application rejected."

As the British newspaper further reports, Lil Wayne had to cancel a tour in the UK in 2011 after his visa application was reportedly rejected by the British border authorities due to previous convictions in the USA. The appearance at the "Strawberries

Lil Wayne was among 143 people to whom Donald Trump granted pardons or reduced sentences in one of his final acts as US President. The 39-year-old faced up to 10 years in prison after pleading guilty to illegal gun possession in Florida in late 2020. The musician had already served several months in prison in 2010 for violating the gun law. A loaded gun was found in his tour bus in 2007.

1 Ex pregnant other woman: Khloé Kardashian reacts... 2 Despite the Oscar for "Philadelphia": Tom... 3 New film by Nicolette Krebitz: Anyone who says A must... 4 "Do you think we're all stupid?": Kurt... 5 Trial begins in London: Kevin Spacey remains at large 6 New music in July: Beyoncé returns with "Renaissance". 7 "Less nervous" this time: Joe Jonas is more... 8 "I feel the love": Ozzy Osbourne back home... 9 Concert cancellations due to Corona: Mick Jagger on... 10 Kick it like William: Prince William plays football... 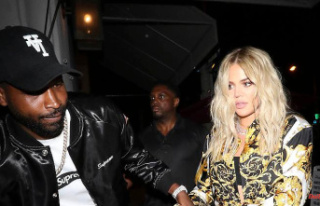