The number of migrants in Italy has been increasing for months. 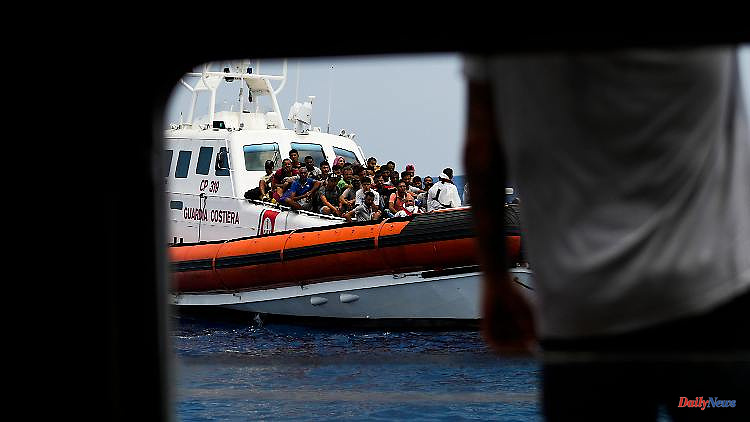 The number of migrants in Italy has been increasing for months. The Italian secret services do not rule out that the Kremlin is behind this - with the aim of influencing the upcoming elections in September.

"Libya is a cannon aimed at the Italian parliamentary elections," the daily La Repubblica recently quoted an anonymous source from the Italian secret service as saying. The cannon is a metaphor for the increasing number of migrants stranded on the southern Italian coasts since the beginning of the year. Last year there were almost 28,000 in total, this year there are already 39,000. On September 25, the Italians will elect a new parliament, and migrants will become a campaign issue.

Most of them arrive on the Sicilian island of Lampedusa, closest to the Libyan coast. The reception camp there has 350 places. In the past few weeks, however, there have sometimes been up to 2,000 migrants who have had to stay there before they can be accommodated elsewhere. There is some speculation as to why the number rose so suddenly and so drastically. Evidence indicates that the Kremlin is involved.

According to the intelligence informant, most of the migrants enter the sea from the eastern coast of Libya. Not only the Tobruk government, which is not recognized by the international community, has its headquarters in the Cyrenaica region, but also the rebellious commander Chalifa Haftar. He has enjoyed Russia's support for years. There are said to be four bases in the region, where a total of 2,000 mercenaries from the Russian-funded Wagner Group are stationed.

The Kremlin may have encouraged Haftar to put 500, 600 people on junk ships and send them out to sea. "The suspicion that he is using the migrants to destabilize the EU is more than justified," former Italian Interior Minister Marco Minniti told ntv.de. Today, Minniti is President of the Med-Or Foundation, which promotes educational, cultural and corporate cooperation with partners in the Middle East and North Africa.

Weeks ago, Salvatore Vella, public prosecutor in the Sicilian city of Agrigento, expressed similar fears as Minniti to local journalists. "As always in the summer, when the weather is nice, more people try to make the crossing. But what we are seeing now is that the war in Ukraine could lead to far-reaching political unrest in Libya." Russia is pursuing geopolitical interests in North Africa and the migrants could be a means of exerting pressure on the West.

However, Minniti considers Russia's strategy to be far more clever and long-term. "Let's look at the global crises triggered by the war in Ukraine," he says. "The energy crisis on the one hand and the food crisis on the other could trigger a dramatic humanitarian crisis." This could not only lead to political instability and social unrest in Africa, but also in the West.

Minniti recalls an interview that Russian President Vladimir Putin gave to the Financial Times shortly before the 2019 G20 summit in the Japanese city of Osaka. In it he said that liberalism had had its day, that citizens were increasingly opposed to migration, open borders and a multicultural society. A vision that he recently confirmed in a strategy paper distributed to the media and state apparatus. It is also about the godless West.

A right-centre coalition victory in Italy would benefit Putin's long-term strategy. He knows an ally in national-populist Lega leader Matteo Salvini. As if on cue, Salvini has once again made the issue of migrants one of his top themes. Last week he flew to Lampedusa himself, stayed in Silvio Berlusconi's villa and promised that if he won the elections he would immediately ensure that Italy's coasts were again closed to migrants.

1 "Don't get a crying fit": Candidates... 2 Rising energy costs: when is it worth replacing household... 3 Update on the way: Google Maps now offers fuel-saving... 4 19 virus monitors in the test: integrated Windows... 5 38 percent protection: RWE with a ten percent chance 6 Plan for the obligation to refurbish: This is what... 7 Distribute additional costs: This is how the gas surcharge... 8 Impending termination: things can get tight for underperformers 9 Saving tip put to the test: How much water does showering... 10 Criticism of claims settlement: These are the most... 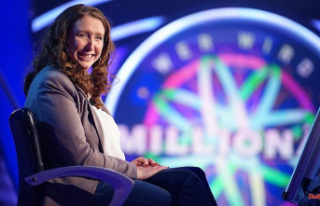