Bernhard Brink freaks out: "He should hit him when he poops"

Actually, there is always talk of the beautiful, healthy hit world. 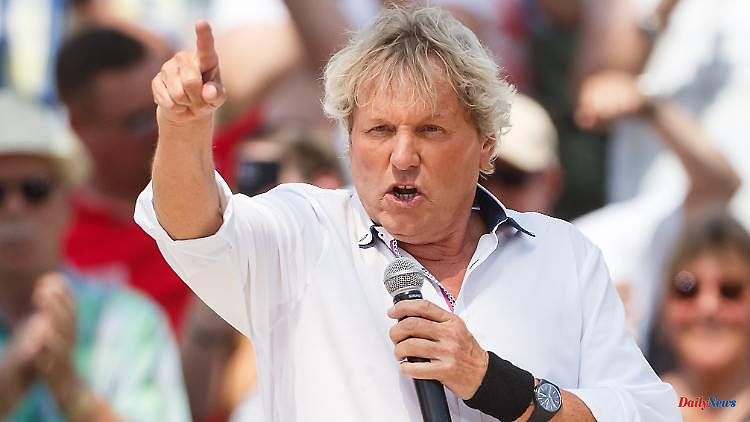 Actually, there is always talk of the beautiful, healthy hit world. But that here, too, everything is often just plain appearances, is now proven by an appearance by Bernhard Brink. He suddenly freaks out on stage and rants about Corona, Karl Lauterbach and Vladimir Putin.

Bernhard Brink is actually a full professional. He has been in the business for a full 50 years and is therefore one of the very old warhorses in the hit scene. But neither all of his experience nor the image of the beautiful, ideal world that his genre actually stands for have prevented the 70-year-old from letting off steam on stage in front of a large audience and cameras running.

It happened when the "Schlagernacht des Jahres" was recorded by Rundfunk Berlin-Brandenburg (RBB). Possibly Brink would be fine now if the scene weren't hung on the big bell. But recordings of his freak out spread like wildfire on social networks.

The singer has just finished a song when he blurts out. "This shit Corona," Brink begins his tirade completely abruptly. "And when I always see the Lauterbach, it upsets me," he immediately launches into a frontal attack on Health Minister Karl Lauterbach. "What's going on there? Monkeypox! Corona!" Scolds Brink before he stammers a few more incomprehensible words and continues to rage: "It's getting on my nerves!"

But the pandemic isn't the only thing that's apparently getting to the singer's kidneys. "And this little asshole in Russia should be hit when he poops," he says, presumably referring to Russian President Vladimir Putin, without naming him.

Just as smoothly as he had started his angry speech, Brink then leads on to his next song - by imitating the former moderator of the "ZDF hit parade", Dieter Thomas Heck: "Here he is, Brink, Bernhard, the starting number seven, a new title, a new name, 100 million volts, Reiner, off you go."

The RBB is said to have already decided to cut the scene from the show. "Since the show is limited to 90 minutes, we don't show all performances in full, but make a selection," the schlager.de portal quoted a spokesman for the public broadcaster as saying. The fact that Brink's freaking out will of course also fall victim to the cut is an easy decision for the broadcaster anyway. In general, all intermediate dialogues between the performers would be removed, regardless of their content. 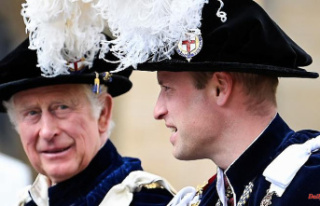