Angela Merkel has contested four terms of office with the slogan "Keep it up," but times have changed. 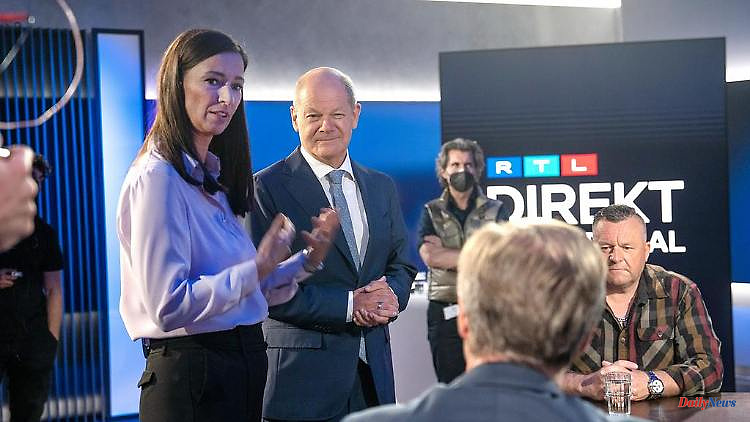 Angela Merkel has contested four terms of office with the slogan "Keep it up," but times have changed. For Chancellor Olaf Scholz, that is not a viable option.

After an election gossip and a big TV appearance, it is clear: Scholz remains Scholz and is becoming more and more like Merkel. The SPD Chancellor ignores the heavy defeat of his party in its former red stronghold of North Rhine-Westphalia - and when he explains his politics better, he means above all repetition, repetition, repetition. Just like Angela Merkel. But Olaf Scholz will probably not achieve 16 years in office. Times are different.

The chancellor looks like a battered boxer who takes it badly but just keeps going. He cannot - and does not want to - change his political course because he thinks it is wrong. That's legitimate, he was just elected, and others at the head of the federal government before him did the same. Olaf Scholz cannot - and does not want to - change his style either, because he considers it beneath his dignity. However, that is more reminiscent of a defiant child than of a relaxed top politician who still has to find his way in Germany's most important office.

Simply continuing like this is also not an option because the traffic light coalition is already losing its internal stability. Two of the three parties were badly plucked in North Rhine-Westphalia, the FDP has even lost all three state elections since the beginning of the year. Only the Greens triumph everywhere. That can't go well in the long run. Whether it's true or not, the FDP and its finance minister, Christian Lindner, see themselves as neglected when it comes to distributing the successes, and they will draw their own conclusions from that. This is also reminiscent of the Merkel era. Their worst coalition was the one from 2009 to 2013 - with an FDP that lost its nerve early on, lost its footing until the end and was then kicked out of the Bundestag. Olaf Scholz will also have to deal with this trauma of the FDP.

There is a fine line between sovereign and stubborn, and the chancellor is not always on the right side. This became clearest when he was asked by the guests in the RTL round last night about a possible trip to Kyiv. The head of government of the fourth largest economy in the world answered defiantly that he would not join the group of those who were only looking for a "quick in and out and a photo", i.e. in reality they were vain disaster tourists. He himself will only drive if he can bring something "concrete" with him. Aha, you would have gotten that far without Scholz's tutoring and instead would have liked to know when he thought he had something "concrete" in his hands - and above all what. The Chancellor failed to do so because it was more important to him to show that Olaf Scholz does not let himself drift. Is that enough for the audience in the long run? Hardly likely.

In short: Olaf Scholz may still be a little further along than he always was. But that is not an end in itself for a Chancellor who himself recognizes that Germany is going through a "turning point". If so much changes, he could change too. That's not too much to ask. 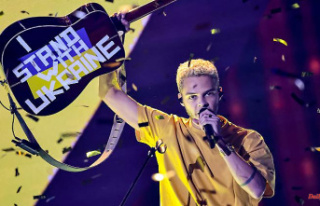