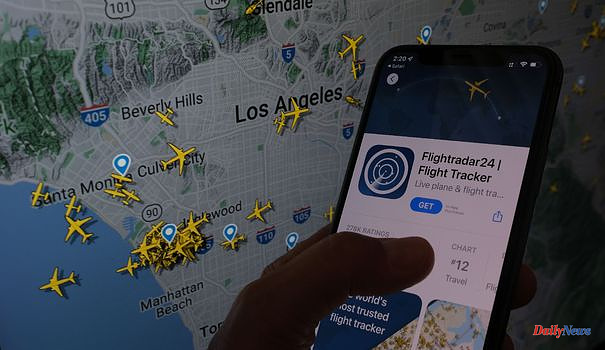 "We haven't taken anything down so far. This is public information. And I don't want to be the arbiter who decides who is right or wrong," says Streufert.

Some limitations exist, but groups that reconstruct flight paths point out that the primary source of information is legally available and accessible to anyone with the necessary equipment.

US law requires aircraft in certain areas to be equipped with the ADS-B satellite system, which periodically radios the aircraft's position to air traffic controllers.

A site like Flightradar24 has 34,000 ground receivers around the world that can pick up such signals, data sent to a central network and cross-referenced with flight schedules and other aircraft information.

Identifying the owner of a plane is another matter, according to Jack Sweeney, 19, creator of the "Celebrity Jets" Twitter account, who unearthed Elon Musk's private jet after a request to the archives. US government public.

The boss of Tesla offered him 5,000 dollars to bury the "ElonJet" account, more than 480,000 subscribers, which follows all the movements of the multi-billionaire's plane.

"There's so much interest in it, I'm doing something that works. People like to see what celebrities are doing, that, and the show stuff," Sweeney told AFP, referring to AFP. outrage over the carbon footprint of planes.

Posting this kind of information on Twitter makes it "more easy for people to access and understand it," he adds.

In July, the 'Celebrity Jets' account revealed that reality TV star Kylie Jenner had taken a private jet for a 17-minute flight to California causing uproar on social media.

"They're telling us working class people to feel guilty about our annual flight on a much needed vacation while these celebs ride private jets every other day like it's an Uber," one user tweeted. outraged.

Neither Mr. Sweeney nor Mr. Streufert mentioned a red line they wouldn't want to cross regarding the publication of air routes.

"The data is already there. I'm just redistributing it," says Jack Sweeney.

This activity also generates income, even if it is difficult to assess. Dan Streufert admits making a living this way but refuses to give details while Mr Sweeney says his flight tracking accounts earn him around $100 a month.

Flightradar24 does not communicate on its turnover.

Flight tracking can also have a big impact beyond the ire of celebrities and billionaires, as US House Speaker Nancy Pelosi's controversial visit to Taiwan on Tuesday, whose flight was followed by more than 700,000 people on the Flightradar24 site at the time of its landing.

In August, an NGO report accusing the European border surveillance agency, Frontex, of facilitating the refoulement of migrants attempting the perilous crossing of the Mediterranean was based on data from ADS-B systems, as well as American media used it to denounce the presence of surveillance flights during anti-racism demonstrations in Washington in 2020.

Dozens of elected members of Congress had, after these revelations, urged in a letter the FBI and other government agencies such as the National Guard to "stop monitoring peaceful protesters".

Elsewhere in the world, governments have made it clear that these technologies and this type of data are not welcome.

Chinese state media reported in 2021 that the government had seized hundreds of receivers used by real-time flight tracking sites, claiming a "spying" risk.

"In a lot of cases, it's the authoritarian regimes that don't like this kind of visibility," says Dan Streufert.

1 Mike Tyson: Streaming service 'stole' history 2 Prices and availability: What does the energy crisis... 3 Allure: Delorean Alpha 5: Time Warp 4 Melanie C: Is the singer single again? 5 Report against heat: In emperor penguins, brood care... 6 "No funds available": Lindner buries hope... 7 "Sorry for the irritation": Amnesty stands... 8 After days of fighting: Israel and Palestinian groups... 9 Independence pays off: How a village defies the energy... 10 Another setback for the Saxons: Stuttgart tripped... 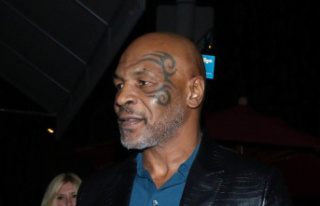