Poland is arming itself massively. 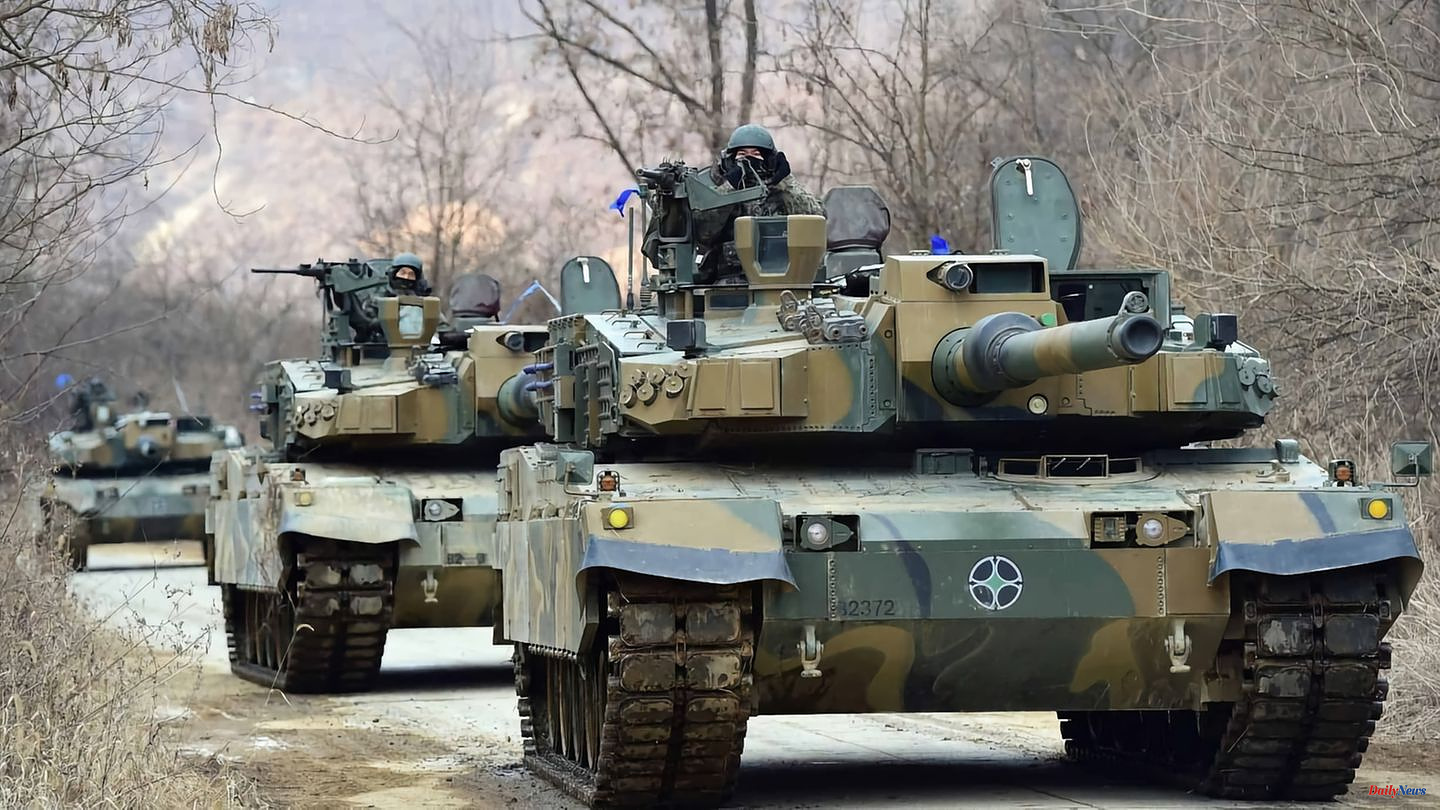 Poland is arming itself massively. That was well known, but it is surprising that Warsaw is buying the largest arms package in South Korea. Among other things, battle tanks K2 are procured - in two tranches first 180 and then another 820 pieces. The tank is being developed by Hyundai Rotem, a subsidiary of Hyundai Motor Group. In addition, 48 FA-50 fighter jets and 648 K9 Thunder self-propelled howitzers will be purchased. Altogether that's almost 1648 heavy armored vehicles.

Korea outperformed the other competitors, especially the Leopard II. In addition to the pure technology, the terms of the deal play a major role. The majority of tanks and guns are built in Poland. In addition, the Koreans can probably deliver much faster than the competition. The first tanks are expected to arrive later this year, and the first planes next year.

The time pressure is great. The first delivery of the tanks will be in the "normal" K2 configuration. After that, the models are modified for Polish needs - the Polish variant is then called K2-PL. A further 820 of these are to be built from around 2026 and those already delivered will be modified. Together you get 1000 main battle tanks and 648 self-propelled howitzers.

In addition, Poland has ordered 250 Abrams tanks from the USA. So the Polish army is upgrading to Cold War levels. What the "PL" configuration will look like exactly is not known at the moment. However, a K2 PL "Wolf" has already been shown. He noticed that the hull of the tank was extended by a set of wheels. Together with a new, more compact engine, this addition could be used to build an ammunition store in the tank that is completely separate from the crew and to accommodate the crew in a specially protected cell similar to the T-14.

With the "normal" K-2, Warsaw has opted for the world's most modern main battle tank in NATO standard, which is actually available and is already being built. The K2 is not from the Cold War, it has been in production since 2014. It's not revolutionary like the Russian T-14 Armata, but far more modern than the Cold War models. The K2 has taken over a lot from the Leopard 2, especially the on-board weapon. The K2 is the only western tank to have an autoloader for the guns, eliminating the onboard loader. The crew consists of three people. On the other hand, the latest models such as the Panther include a fourth person who could pilot aerial drones or unmanned support vehicles – this was not considered when the K2 was designed.

Right from the start, the K2 had innovations that the Leopard is only now getting in the course of modernization, and only partially. The K2 has an active self-protection system designed to ward off attacking missiles. In addition, the tank can have different ground clearances thanks to its hydropneumatic chassis. With a weight of only 55 tons, the K2 follows the Russian models and is significantly lighter than the western models. With 1500 hp, the K2 therefore has an excellent horsepower-to-weight ratio. The tank is armed with a 120mm cannon. The engine, transmission and cannon of the first assembly come from Germany or were manufactured under license and are being converted to Korean developments.

Another special feature is the open concept of the Hyundai, which makes it easy to further develop the tank from assembly to assembly, as well as customer-specific solutions for export. Hyundai's offer is attractive to ordering countries because of the technology transfer and employee training. The sheer volume of the Polish order has a signaling effect. Ultimately, all countries in Eastern Europe want to modernize their tank fleets. For them, the K2 will be even more interesting. The reasons why Poles voted for the K2 also apply to others. It can be said that the European industry will only come back into play if they are able to quickly offer a significant evolution of the Leopard 2, with a concept of how this tank can then be built in large numbers by customers.

Once the K2 is operational in large numbers in Poland, it will change the entire landscape. The K2-PL is vastly superior to the standard Russian T-72 tank. Only the most modern variant of the T-90 and the still not operational T-14 are a match for it. Moscow would have to procure large quantities of both if it wants to counter Poland's 1,000 modern battle tanks. A superiority of 3 to 1 or even 4 to 1 required for an attack could not be financed by Moscow.

At the same time, the deal shows again the illusionary world in which the German government lives with its ring exchange concepts. As a reminder, a country planning to procure 1000 state-of-the-art main battle tanks was offered 100 old Leopard 1s. A model that is already far inferior to the T-72. And the idea of ​​helping Warsaw with 20 reasonably modern Leopard 2 seems involuntarily funny in view of the 1000 tank deal.

The Polish serve will put a lot of pressure on Berlin. If Poland, with a population of around 40 million, deploys a force of 1,250 main battle tanks and 648 self-propelled howitzers, Germany will no longer be able to operate with around 300 main battle tanks and 119 howitzers. The allies will also expect a comparable effort from Germany. Based on twice the population and the higher economic power, it would be well over 2000 battle tanks.

1 "Incredible": London celebrates the historic... 2 Bavaria: man seriously injured with knife: son arrested 3 EU and NATO are demanding full implementation of the... 4 Bavaria: Drunk dies after trying to climb the house... 5 DJ played "Layla" - Trouble with the SPD... 6 "Free night for the climate": Holidays in... 7 Weather: It's getting hot like summer again 8 Victory in court: Mud fight goes into a new round:... 9 Beyoncé criticizes lyrics on new album 10 "Who wants to be a millionaire?": It's...