Blockbuster after blockbuster: These are the nominees at the Golden Globes

Will the Golden Globes bring it back to its former glory? After various scandals, the film award, which is always considered a harbinger of the Oscars, wants to present itself from its best side again. 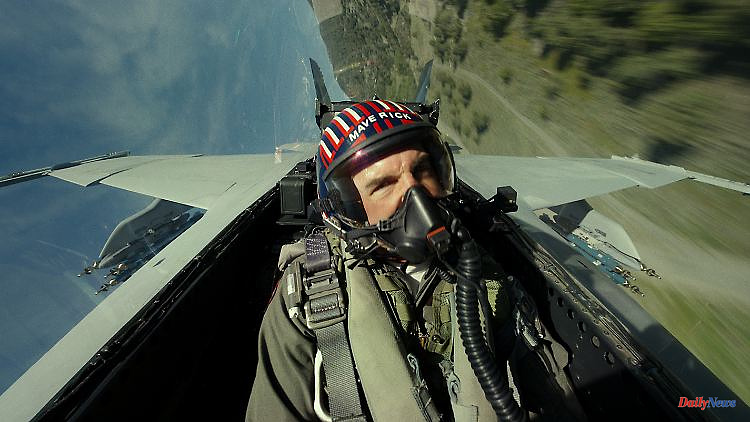 Will the Golden Globes bring it back to its former glory? After various scandals, the film award, which is always considered a harbinger of the Oscars, wants to present itself from its best side again. For this he relies on a lot of box office hits and star power at the upcoming awards.

Dinner is served. The Hollywood Foreign Press Association (HFPA) has announced the nominees for the Golden Globes. Striking: With "Top Gun: Maverick", "Avatar: The Way of Water", "Elvis" and "Everything Everywhere All at Once" many (potential) audience hits have been nominated.

The Golden Globe has achieved what the Oscars have been trying to achieve for years, nominating more popular films. Most nominations, a total of eight, got the smaller Irish tragic comedy "The Banshees of Inisherin".

Several blockbusters have been nominated in the "Best Drama" category. "Top Gun: Maverick" is the most successful film of the year to date. In addition, there is an upcoming blockbuster with "Avatar: The Way of Water". Baz Luhrmann's Presley portrait "Elvis" was also a hit. Less successful at the box office, but critically acclaimed, is Steven Spielberg's autobiographical film "The Fabelmans", which was also nominated. He is currently considered the biggest Oscar favorite. The artist drama "Tàr" with Cate Blanchett as conductor rounds off the drama category.

Unlike in previous years, the "Best Comedy/Musical" category has a large number of entries this time. With "Everything Everywhere All at Once" and "The Banshees of Inisherin" two highly regarded Oscar candidates compete for the Golden Globe. There is also the Hollywood portrait "Babylon" by "La La Land" director Damien Chazelle, the Palme d'Or winner "Triangle of Sadness" and "Glass Onion: A Knives Out Mystery", the sequel to the crime hit starring Daniel Craig.

The nominated directors are divided into three dramas and two comedies. James Cameron ("Avatar: The Way of Water"), Baz "Elvis" Luhrmann and the aforementioned Spielberg for "The Fableman" are nominated. Martin McDonagh is on board for The Banshees of Inisherin, and the directing duo Daniel Kwan and Daniel Scheinert aka The Daniels are on Everything Everywhere All at Once.

The biggest loser of the nomination round is Sarah Polley. Her cult drama "Woman Talking" is highly rated at the Oscar. But the film failed to earn a Best Drama nomination at the Globes, and Polley also got nothing as a director. After all, she is nominated for her screenplay.

There are surprises when it comes to the best leading drama actor. In addition to the favorites Brendan Fraser ("The Whale"), Austin Butler ("Elvis") and Hugh Jackman ("The Son"), there are names like Bill Nighy ("Living") and above all Jeremy Pope ("The Inspection") , which were not necessarily to be expected. Stars like Tom Cruise ("Top Gun: Maverick") and Will Smith ("Emancipation"), which some observers had in mind, are missing.

There were fewer surprises when it came to the leading actors in comedies and musicals. The nominees are Diego Calva ("Babylon"), Daniel Craig ("Glass Onion: A Knives Out Mystery"), Adam Driver ("White Noise"), Colin Farrell ("The Banshees of Inisherin") and Ralph Fiennes ("The Menu ").

The cross-category supporting cast includes two from The Banshees of Inisherin: Brendan Gleeson and Barry Keogh. There are also two top stars in Brad Pitt ("Babylon") and Eddie Redmayne ("The Good Nurse"). Ke Huy Quan rounds out the group with "Everything Everywhere All at Once".

Cate Blanchett ("Tàr") is once again the favorite for the main drama actresses. It would be her fourth Globe. Her competitors are Olivia Colman ("Empire of Light"), Viola Davis ("The Woman King"), Ana de Armas as Marilyn Monroe ("Blonde") and Michelle Williams ("The Fabelmans").

Michelle Yeoh, on the other hand, is considered a favorite in the Lead Actress in a Comedy/Musical category. She competes against Margot Robbie ("Babylon"), Anya Taylor-Joy ("The Menu"), Emma Thompson ("Leo Lessons") and Lesley Manville ("Mrs. Harris and a Dior Dress").

A German film can hope for the best non-English language film. "Nothing New in the West" competes against "RRR" from India, "Argentina, 1985" from Argentina, "Close" from Belgium and "Decision to Leave" from South Korea. The new film adaptation of the novel by Erich Maria Remarque is also the German entry for the foreign Oscar.

In the series, "Abbott Elementary" leads the field. The school comedy garnered five nominations, including best comedy. When it comes to drama, "The Crown" has the most nominations with four. The series about royalty is nominated as a drama series alongside "Better Call Saul", "Ozark", "Severance" and the "Game of Thrones" offshoot "House of the Dragon".

The Golden Globes will be awarded on January 10, 2023. Unlike 2022, the gala will also be on television again. After various scandals, including those involving bribery and structural racism, the NBC broadcaster refused to broadcast it, and several media outlets suspended reporting.

1 Possible breakthrough in fusion: "Could herald... 2 Check first, then explain: How to properly turn down... 3 North Rhine-Westphalia: man seriously injured in a... 4 Baden-Württemberg: man jumps after cell phone: crash... 5 Baden-Württemberg: accident on the A81: hours of... 6 "When the war is over": Scholz promises... 7 After the Gorillas takeover: Fusion fever is far from... 8 Capito leaves after two years: German Williams team... 9 Police are looking for a rocker scene: a businessman... 10 Bankruptcy of Ralph Siegel Musical: Ensemble members... 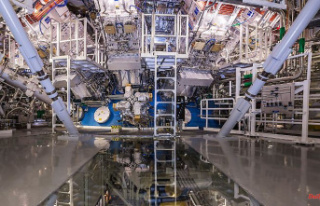 Possible breakthrough in fusion: "Could herald...