The medico-social workers performed their duties at the request of the CGT social unions and SUD Sante. 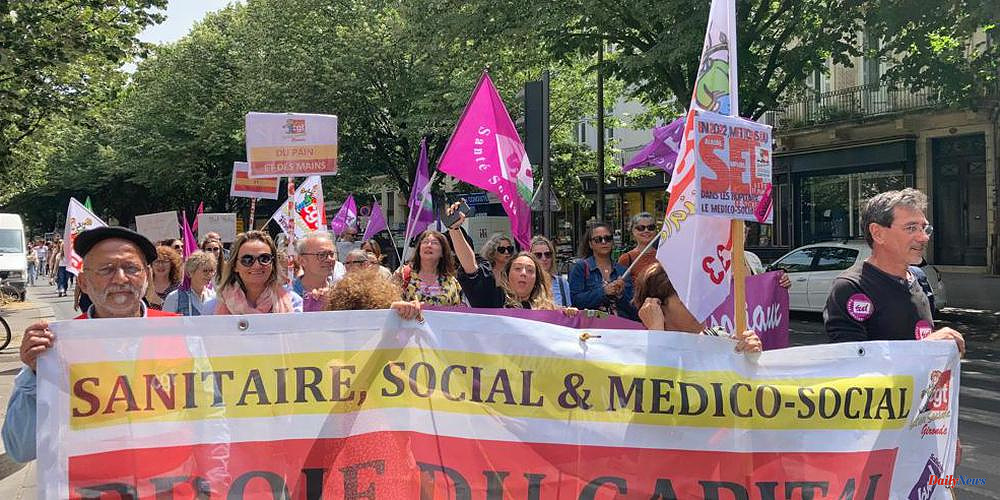 The medico-social workers performed their duties at the request of the CGT social unions and SUD Sante. Bordeaux saw more than 1,500 people gather on Tuesday, May 31, 2010. The Segur bonus was at the center of the protest. It was announced by the government at the Conference of support professionals in February and should allow for a salary rise of 183 euro per month. Some announcements have however, some consequences. Claire, who is responsible for foster children, is the most affected. "So far, we have not had a salary rise. We don't know when it will happen, so we are still in the dark.

The demonstrators condemn the distribution of the bonus, even though the need for it is universal. The demonstrations have not affected more than a third the employees of the structures. They include those in administration or logistics. Laetitia is among the excluded. Laetitia carries a sign that says "We are always invisibile" at the protest. L'Adapt's animator, she decries a lack in homogeneity. "We need to make the bonus available to all social workers and medical professionals. We are present every day, but we are not taken into consideration.

The event highlights the importance of collective agreements in the sector, as well as the wage demands. Francois Dabadie is the social secretary at SUD Sante. He says that "the Segur bonus" is a condition for new negotiations. To raise wages, a single collective agreement must be in force by 2024. This is possible because the state provides 500 million euros annually. If unions support a merger, they find it demeaning. Francois Dabadie explains that the merger only corresponds to a nine-month salary increase. Claire fears that the merger could lead to a loss in rights. "But, the principle behind a merger is that everyone can access acquired rights and not that certain people lose them. 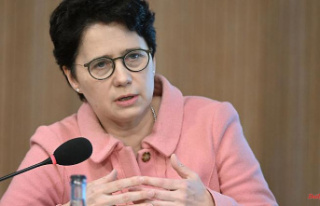 Baden-Württemberg: After abuse: Gentges for longer...