Elizabeth II receives representatives of the British National Health Service to award them the George's Cross. 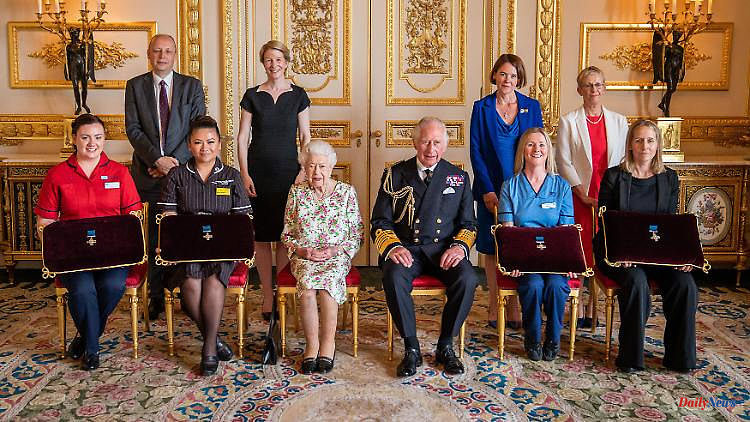 Elizabeth II receives representatives of the British National Health Service to award them the George's Cross. It is the highest civilian award for bravery in the United Kingdom. Among the honorees is the nurse who administered the world's first corona vaccination in December 2020.

Britain's Queen Elizabeth II and her son Prince Charles received representatives of the National Health Service (NHS) at Windsor Castle. The 96-year-old Queen awarded the UK's healthcare system the George's Cross. The George Cross is the highest civilian award for bravery in the United Kingdom.

The palace published some impressions of the audience on Instagram and explained that the Georgskreuz is intended to recognize the efforts of current and past employees of all departments and all four nations. It is only the second time during Queen Elizabeth II's long reign that the award has been given to an organization or group of people.

The 73-year-old heir to the throne, Prince Charles, attended the ceremony with his mother. Whether the elderly monarch, who recently suffered from mobility problems again and again, would actually be able to attend the appointment was uncertain until shortly before the award ceremony.

May Parsons was among those present from the British health system. In December 2020, the nurse administered the world's first corona vaccination outside of the previous studies to a then 90-year-old British woman.

In a statement from the NHS, Parsons says she has been honored to represent the countless staff at the National Health Service. Being able to administer the first vaccine back then was "a defining moment that made me so proud of everything we do as healthcare professionals." Meeting the Queen is also an experience you only have once in a lifetime. She will never forget this day.

1 Sexist Ballermann hit ?: Buschmann: "Layla"... 2 Study examines causes: Is the danger of Long Covid... 3 Nothing for eternity: Volvo XC90 Recharge - Luxury... 4 'We did what he said': Trump supporters... 5 Kick-off in Israel: Biden visits the "Middle... 6 Checking milk alternatives: how good are oat drink... 7 Five providers "very good": Which digital... 8 Energy center of the e-bike: this is how the battery... 9 Boomers versus "Gen Z": Resolving generational... 10 Pressure on borrowers is growing: the turnaround in... 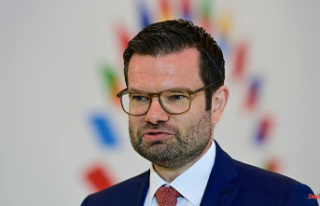