At the end of 2018, "Spiegel" employee Claas Relotius was exposed as a fraud. 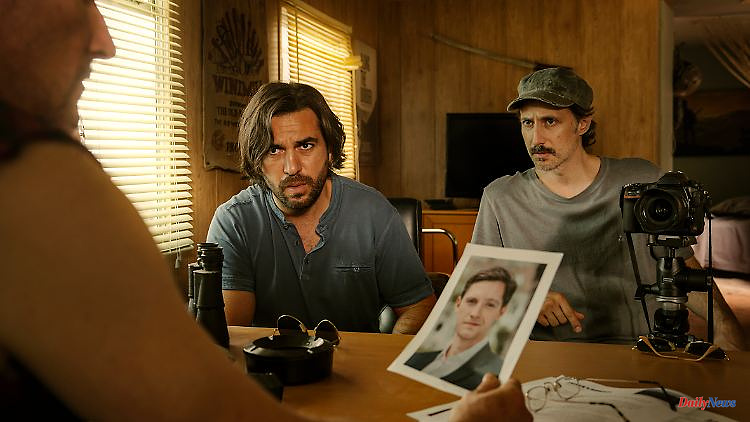 At the end of 2018, "Spiegel" employee Claas Relotius was exposed as a fraud. Much of his award-winning stories are fictional. Bully Herbig addresses this scandal with the media satire "A Thousand Lines", in which Elyas M'Barek plays investigative journalist Juan Moreno.

It is reports such as "The boy who started the Syrian war" or an interview with Traute Lafrenz, the last survivor of the "White Rose", with which Claas Relotius inspires not only the "Spiegel" boardroom, but also the readers of the magazine . The journalist has received several prestigious awards such as the Peter Scholl Latour Prize and the German Reporter Prize. CNN even named him "Journalist of the Year" in 2014.

Relotius was just 33 years old when his incredible success story came to an abrupt end in December 2018. Juan Moreno, a freelance "Spiegel" colleague, revealed at the time that a significant part of Relotius' celebrated and award-winning stories were fictitious.

It was the media scandal of the decade that made waves, at least within the industry. At first it was just a feeling that Juan Moreno pursued and which soon turned out to be correct. In September of the following year, a book called "A Thousand Lines of Lies" was published in which he shed light on the scandal and which director Bully Herbig and screenwriter Hermann Florin now used as the basis for the film "A Thousand Lines". You have knitted a satire out of the material, which works excellently for the most part.

Lars Bogenius (Jonas Nay) and his colleague Juan Romero (Elyas M'Barek) are working together on an article for the magazine "Die Chronik" when the latter notices some discrepancies in Bogenius' beautifully formulated descriptions. Can it all really have happened that way? Romero decides to investigate his suspicions on his own, because the "Chronik" board (Michael Maertens and Jörg Hartmann) sticks by their celebrated hero. For a while even then, when the evidence for Bogenius' fibs is more or less obvious.

And so Romero has to put everything on one card to put an end to the dishonest game of his clever colleague. Together with the photojournalist Milo (Michael Ostrowski), he embarks on a journey around the world to investigate the flowery claims of the alleged fraudster.

"The Chronicle" advertises with the slogan "The truth. Nothing else", but it soon becomes clear that Bogenius, at least, is not taking it too seriously. He bends facts, invents conversations and describes situations that never happened. He can lie as well as he can write. However, he is not an honorable journalist, even if he confidently asserts this to the end and the publisher and editor-in-chief keep falling for him.

Opposite the slippery swindler is Romero, who on the other hand seems almost a little shabby and chaotic and is torn between work, vocation and family. Something that takes up a bit too much space in the film, which is actually designed as a media satire, and makes it appear like a family comedy in many places. Unnecessarily, these scenes tear the viewer away from the really important events again and again.

The moments in which Romero pursues the individual stories of his colleague and the film transforms Bogenius' well-formulated lines into images are much more successful. Anyone who has read the Relotius articles will recognize a few things. For example, there is the story of Mouawiya Syasneh, mentioned at the beginning, who insulted the Syrian President Assad with graffiti at the age of 13 and was celebrated as a hero. Relotius wants to have spoken to him, but in the end only a few facts were correct.

Or the report "Jaegers Grenz", the collaboration between Relotius and Moreno that got the ball rolling. In it, a Honduran woman, accompanied by Moreno, and her five-year-old daughter march through Mexico in a long trek to flee to the United States. On the other side, the Relotius side, the American Chris Jaeger is waiting with an armed militia to prevent exactly that. In reality, Relotius never met these self-appointed border guards. And in the Herbig film adaptation, not everything happened as told, but a lot did. And those are the things that you think are unbelievable.

All in all, "A Thousand Lines" is a successful and entertaining reappraisal of a unique media scandal that shook journalism and especially the "Spiegel". The magazine was only able to restore its reputation by consistently coming to terms with the events. By the way, Sky is currently working on a documentary about the case. It should be available in spring 2023 via the "Wow" streaming service.

"A Thousand Lines" will be shown in German cinemas from September 29th. 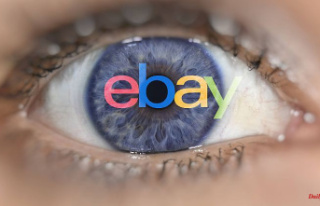 "Usury" is not an insult: Harsh criticism...