But now really ...: Rapper Gzuz has to go to prison

Six months ago, a court sentenced Gzuz to several months in prison, but the Hamburg lawyers are appealing again. 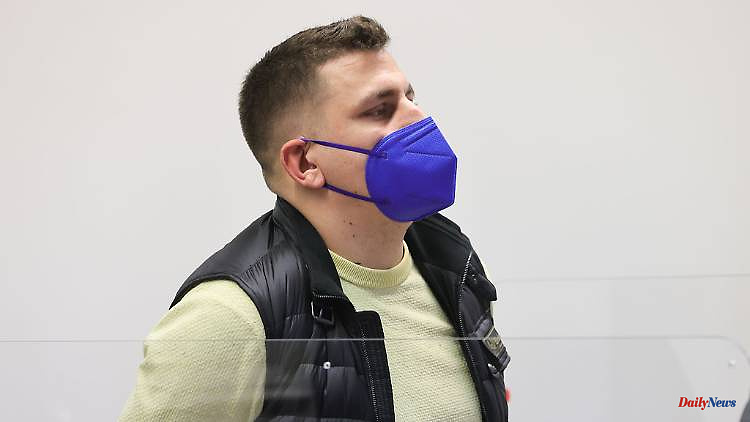 Six months ago, a court sentenced Gzuz to several months in prison, but the Hamburg lawyers are appealing again. It is now dismissed as unfounded. So the 187 street gang rapper actually has to go behind bars.

The Hamburg rapper Gzuz has to go to prison for eight months and two weeks. This was announced by the Hamburg Higher Regional Court. "Following the decision of the 2nd Criminal Senate of the Hanseatic Higher Regional Court of September 13, 2022, the review of the regional court's judgment did not result in any legal error to the detriment of the accused, so that his appeal was rejected as unfounded," the court said.

The Hamburg district court had sentenced the frontman of the band 187 Strassenbande to eight months and two weeks in prison six months ago. At the same time, the Criminal Court imposed a fine of 180 daily rates of 2,300 euros each, i.e. a total of 414,000 euros. The court found the 34-year-old, whose real name is Kristoffer Jonas Klauß, of violating the Explosives Act and twice violating the Weapons Act.

The Chamber punished the slap in the face of a young woman who had asked the rapper for a selfie on the Reeperbahn in the morning. For that alone he was sentenced to eight months in prison.

In September 2020, Klauß was sentenced to 18 months in prison by the Hamburg district court for violations of the weapons law, drug possession, attempted theft and bodily harm. He appealed against it. The 33-year-old has repeatedly denied possession of the drugs found in his apartment. The weapons discovered during another search in Halstenbek near Hamburg also did not belong to him, but to his father-in-law. He also denied the charge of attempted theft. However, he admitted the slap in the face of the young woman.

Klauß likes to use the excuse that Gzuz is an artificial figure. In January, the musician complained that not only his actions were held against him in court, but his music and his whole life. The rap songs don't reflect his attitude. Music is about breaking taboos and escaping the world of rules. "It's art and I play with it," he said of his lawyers. It is still unclear when he will have to start the now very real prison sentence.

1 Coffin of the late monarch: Queen is laid to rest... 2 "Faking Hitler" on VOX: Nazis, narcissists... 3 Eleven-day tour of Britain: How the Queen's body... 4 "Everyone is absolutely furious": is King... 5 Panic rocker shows stinky fingers: AfD wants to report... 6 After the Queen's Death: What Happens to Harry's... 7 'Both been through a lot': Drew Barrymore... 8 After the death of Queen Elizabeth II: Charles III.... 9 Involuntarily or not: sex tape made Kim Kardashian... 10 "Right award ceremony": Böhmermann wins... 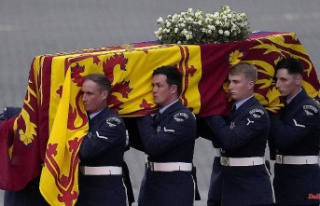 Coffin of the late monarch: Queen is laid to rest...