C1: Monaco concedes a draw against PSV Eindhoven but retains its chances for the return

After conceding a magnificent goal from Joey Veerman (39th) during an insipid first period, the Monegasques were able to come back after the break, in particular thanks to the dynamism of the entrants, such as the Swiss rookie Breel Embolo and the international hopeful Sofiane Diop. 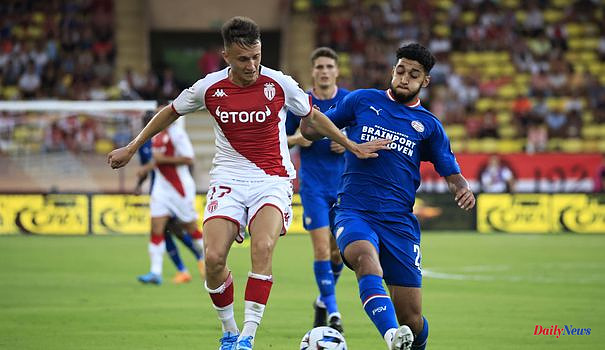 After conceding a magnificent goal from Joey Veerman (39th) during an insipid first period, the Monegasques were able to come back after the break, in particular thanks to the dynamism of the entrants, such as the Swiss rookie Breel Embolo and the international hopeful Sofiane Diop.

The Monegasque power, embodied by the central defender Axel Disasi, author of the equalizer on the reception of a free kick from Ismail Jakobs, deflected with a header by Youssouf Fofana (80th), can give grounds for hope to Philippe Clement, the coach, on the way back.

Especially since his men even almost won at the very end of the game. But the resumption of the head of Fofana hit the opposing post (88th).

In the afternoon, the Monegasques had learned that in the event of qualification, they would be opposed to the winners between Union Saint-Gilloise and the Rangers, on August 16-17 and 23-24, with a return to Louis -II avoiding the ogre Benfica.

To achieve this, the players of the Principality now know that they will have to win in the Netherlands. But as away goals have no value in the event of a draw, everything remains to be done.

For this opening of the season, Philippe Clement has chosen the entry offensive. With the Minamino-Volland-Ben Yedder-Golovin quartet at the forefront, but without the most used side during the preparation.

- Clement changes everything in front -

The Brazilian offensive Vanderson was preferred to Ruben Aguilar, yet the man who has played the most in the last six weeks. Caio Henrique, affected by the Covid, was replaced by a long-struggling Ismail Jakobs on the left side against the liveliness of the Hispano-Moroccan Ismael Saibari.

Moreover, after a deep race from the latter, relayed by Ibrahim Sangaré and Gus Til, the center forward and captain Luuk De Jong perfectly shifted Joey Veerman.

The striker wrapped his shot perfectly without giving Alexander Nüber a chance. First shot on target and first goal for the Dutch, who until then had quietly mastered the timid Monegasque attempts.

Certainly, there was this strike from Youssouf Fofana deflected, in his area, by the opposing defender Jordan Teze (32). But after consulting the images on the video, the Italian referee, Mr. Massa, did not award a penalty.

Other than that, not much from the Red and Whites. Despite his mobility, Aleksandr Golovin regularly lacked promptness. And his teammates in the attacking squad have been below the level required to access the Champions League.

After the break, the Monegasques finally pushed with consistency. In turn, Minamino (49), Volland (58) and Ben Yedder (60) had possibilities without being precise enough. And when Vanderson's center took the opposing defense from behind, no one was at the reception.

It was then that Clement decided to give impetus to a new dynamic. Gelson Martins, Krepin Diatta and above all Embolo weighed even more on the Dutch rearguard. And at the end of the game goalkeeper Walter Benitez, who had never won in the Principality with Nice, logically bowed to Disasi (80). 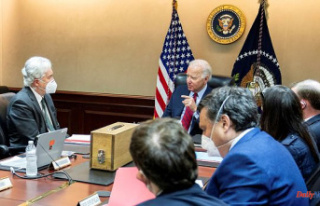 Zawahiri's death a boost for Biden a year after...