One of the most important school programs of today is the roundup of Vel' d’Hiv (16-17 July 1942). The eighty-year-old arrest of over 13,000 French Jews, a third of whom were children, by the French police, their detention in Paris at the Velodrome D'hiver in apocalyptic circumstances, and their execution by Nazi executioners are some of the most shameful moments of France's history.

However, this hasn't always been true. The reason is simple: the roundup was long unknown to the general public. Cabu was 29 years old and had just begun to draw cartoons at "Hara Kiri", "Pilote" ("Charlie Hebdo") when he was approached by "Le Nouveau Candide", an a sensationalist weekly magazine, to illustrate a lengthy fictionalized story about roundup. The Vel' d’Hiv kept a clear recall of it. This was before the building in 15th arrondissement was demolished in 1959.

Cabu was not Jewish nor related to the Jewish community. He was shocked by the shocking revelations. Laurent Joly (CNRS researcher director, historian specializing on the Vichy regime) says that he was shocked to discover what had happened at Vel' d’Hiv by reading the story of the doctor Claude Levy, and Paul Tillard. 16 drawings in hieratic, horrible black and white emerged from this shock. Laurent Joly is the scientific curator of the Shoah Memorial's exhibition.

These drawings were discovered by Veronique Cabu, Cabu's widow. They will be treasured by fans of Beauf and Grand Duduche. They also play a historic role by helping, like the text of Levy or Tillard, open the eyes to what the French did not know: The responsibility of France's police in the hunt for Jews of France and their deportation. Remember that less than 100 of those who were victims of Vel' d’Hiv roundups will be returning from the camps.

Cabu, however, does not hide the French authorities' responsibility... even if that means making some historical mistakes. Cabu misled by Levy, Tillard and others, organized militiamen and gendarmes to arrest the families. Laurent Joly corrects that this was a French police job. Who says that all French police officers were dishonored in July 1942?

The historian says that the subject of Cabu was centered on victims. This is the same as today's Holocaust remembrance. He speaks to us in this way, he is very current. In fact, the arrested are shown in their own streets. They are alone, with no one around. Only victims and their executioners with horribly human features. Cabu doesn't illustrate an idea; he clearly depicts a reality: humans being crushed by the complicity and actions of others. There is no irony in his drawings, and there is no shadow of the evil spirit of Charlie: His drawings crush, freeze, and crucify our souls, just as this memory must never be forgotten.

1 26 percent protection: Deutsche Börse with a twelve... 2 Athletics. Wilfried Happio was reportedly accused... 3 UK inflation increases at the fastest pace in 40 years,... 4 Boris Johnson: What are his threats to his job now? 5 Northern Ireland Protocol: Fact-checking claims regarding... 6 "As a black woman working in STEM, I am used... 7 After Supreme Court decision: New York wants to enshrine... 8 Crazy start of the Bundesliga: When "Boss Rahn"... 9 Used car check: Renault Clio - chic, but with weaknesses 10 Bavaria: ATM demolitions have doubled 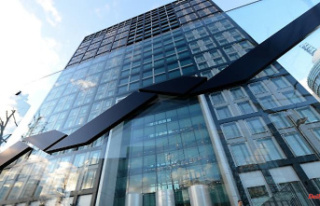