Calvin Klein turns 80: "I wanted to surprise, not shock"

Calvin Klein shaped the lifestyle of the 80s and 90s with skin-tight jeans, but the US designer has long since sold his company. 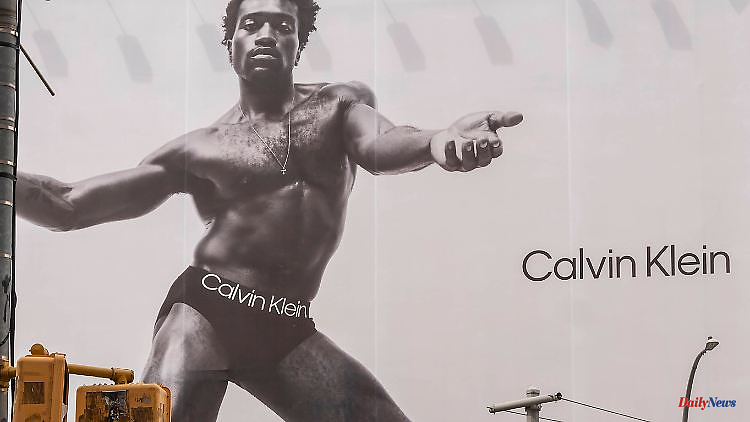 Calvin Klein shaped the lifestyle of the 80s and 90s with skin-tight jeans, but the US designer has long since sold his company. Now Klein is turning 80 and traveling the world - where his name still adorns countless underpants.

"Do you know what's coming between me and my Calvins?" Brooke Shields asked on oversized advertising posters in the early 1980s, wearing only skin-tight jeans and lolling lasciviously. "Nothing!" The US actress was only 15 years old at the time, the advertising campaign caused a scandal - and made Calvin Klein and his jeans world famous in one fell swoop.

"I wanted to surprise, not shock," Klein, who turns 80 this Saturday, once told the fashion magazine "Vogue". "I wanted to create fresh, new images that would make people pause when flipping through a magazine." The skin-tight jeans and the typical Calvin Klein style - simple, straight cuts, minimalistic little color - shaped the lifestyle of the 80s and 90s. With underwear, watches, sunglasses, swimwear, perfume, household textiles and jewelry, Klein built his fashion brand into an empire over the years.

The descendant of Hungarian-Jewish immigrants was born Calvin Richard Klein in 1942 in the Bronx, New York - not far from the place where his colleague Ralph Lauren had been born just three years earlier. Both are among the most important US designers today. As a child, Klein designed clothes for his sister's dolls. He graduated from the renowned Fashion Institute of Technology in Manhattan - and then one day met his first major client in the legendary "Studio 54". "The club was a Mecca for sex, freedom and fantasy - but also for work. One day at three in the morning an industrialist asked me if I was interested in designing jeans. Of course I said yes."

His penchant for minimalism was a reaction to his mother's interior design style, Klein once said. "My mother had a passion for decorating and dressing. As a child I lived in a very decorated house, every spot was filled with a pattern, drawing or object. It hurt my eyes, I hated it. Later, as an art student, I got to know other styles, the Japanese aesthetic, black and white, pleasant. That's how I realized that I'm a minimalist at heart." Klein's design blurs the lines between genders. He was one of the first to design unisex perfumes. "My ex-wife Kelley always asked to borrow my t-shirts - that's how the perfume sharing idea came about."

His private life also takes place between men and women. Klein married two women, both of whom he divorced after a few years. In 1967 his only daughter Marci was born, today a successful TV producer who doesn't always have it easy with her famous father. "Every time I go to bed with a man, I see my father's name on his underwear." Family life does not make Klein sedentary, on the contrary. He begins a wild party life, mixes up "Studio 54", drinks, takes drugs and Valium. After his daughter was briefly kidnapped, Klein abruptly withdrew from public life in 1978.

According to his own statement, he still struggles with drugs and alcohol to this day and has had several rehab treatments. He rarely gives interviews. In the meantime, Klein has long since sold his fashion empire - and lives between Southampton, New York and Los Angeles as a retired, unapproachable, icy fashion pope. "When I got to the point where I felt like I'd said everything I wanted to say, I just stopped - and turned my attention to travel and architecture. And I don't travel to factories anymore to see, but to see the beauty of the world. And that changes everything." 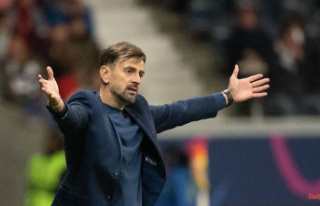 Hesse: Eintracht women surprisingly fail in the round...