At the end of April, Russia reported the first successful test of its Sarmat ICBM. 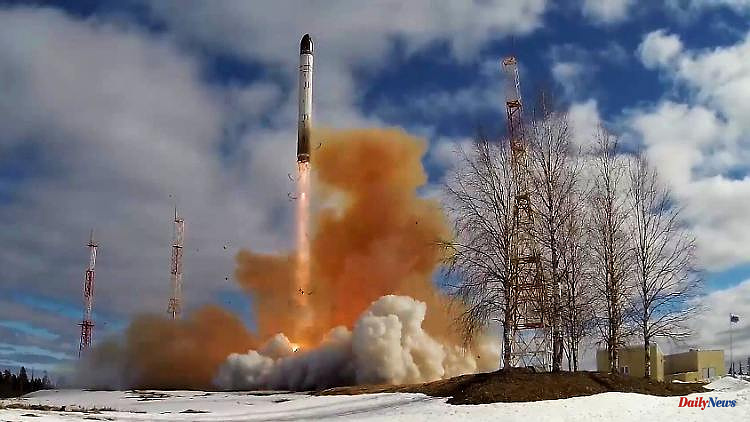 At the end of April, Russia reported the first successful test of its Sarmat ICBM. With a range of thousands of kilometers, it can attack any target on Earth. Moscow wants to have 50 of these missiles in its arsenal by the fall.

Russia intends to put about 50 new Sarmat-type ICBMs into service by the end of autumn. The rockets (NATO code name: SS-X-30 Satan 2) are to be manufactured in Krasnoyarsk, Siberia, as the head of the Roskosmos space agency, Dmitri Rogozin, announced to the Interfax agency in the evening. At the end of April, Russia carried out a test launch of the ICBM at the Plessetzk spaceport in northern Russia.

The Sarmat has a range of 18,000 kilometers and can be equipped with nuclear warheads. This allows Russia to attack both the North and South Pole and reach targets worldwide. The first units are to be stationed in the Siberian Greater Krasnoyarsk District.

Against the background of the war against Ukraine, President Vladimir Putin used the rocket launch in April to threaten the West. The weapon can overcome all forms of anti-missile defense and "makes people think twice who, in the fervor of hardened, aggressive rhetoric, try to threaten our country," he said. For a long time there will be nothing in the world that can compare to the rocket. In addition, only components from Russian production were used in their development, added the Kremlin chief.

The Sarmat missile is one of a series of weapons presented by Putin in 2018. At that time, he also introduced hypersonic missiles of the Kinzhal and Avangard types. According to Russian sources, Kinzhal missiles were first used in the war in Ukraine.

1 Bayern management angry: adviser announces Lewandowski's... 2 Chancellor on a trip to Africa: Scholz is exploring... 3 Russia talk with Anne Will: "The chancellor doesn't... 4 Report paints a bleak picture: researchers warn of... 5 Tutoring for Moscow's military?: Russia is to... 6 The night of the war at a glance: Russia brings presidential... 7 Daughter Eloise Christina is here: Schwarzenegger... 8 Deadline expires: does Lufthansa grab the Ita? 9 600 applications since the beginning of the war: Federal... 10 Title missed, final in sight: champion frustration... 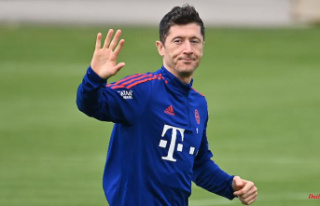