"Can't hold out much longer": candidate robs Jauch of the last nerve

Hyper-nervous and quite presumptuous: This fast speaker becomes a sensory stress test for Jauch. 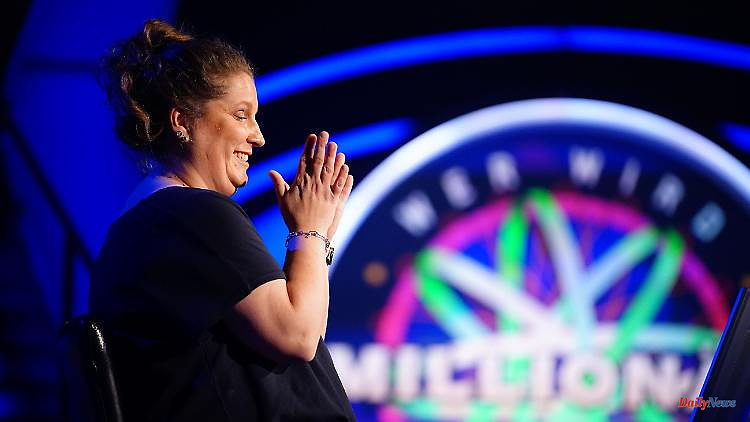 Hyper-nervous and quite presumptuous: This fast speaker becomes a sensory stress test for Jauch. "How do you actually talk to me?, the WWM presenter resists at first, but then only hopes for quick relief.

Before the high heat "Jürgen", Günther Jauch had to endure a force of nature called Christine Kurzmann on Monday. The "Who wants to be a millionaire?" moderator emerged from this encounter visibly struck. The social worker is apparently an almost unstoppable fast speaker even when she is relaxed. Coupled with extreme nervousness and slightly disconcerting expectations, this resulted in a mixture that exhausted even the viewers in front of the television. "Hopefully we'll be back soon. I can't hold out much longer," Jauch led into a commercial break. The candidate, who excitedly made her rounds in the studio, ran into the picture again and again.

Kurzmann quickly gave an idea of ​​what was to come for Jauch and the spectators. The candidate had forgotten her reading glasses. The moderator, who was still unsuspecting, calmed her down when asked the 200 euro question by pointing out that he would read her the text on the monitor. Instead of relief, the host received a warning. "You mustn't misread it, otherwise it's your fault," the candidate warned him. Jauch hesitated briefly. Then he leaned forward and narrowed his eyes: "Me? Misread? In 23 years I've never misread - and here you come." The moderator felt bad. He turned to Kurzmann's companion in the studio and wanted to know if he should be prepared for anything with the candidate. "If she goes quiet, you have to worry," warned the friend. Unfortunately, that didn't happen.

Maybe it was the tremendous excitement, but Kurzmann tried repeatedly to get Jauch the correct answer out of his ribs or to blame the moderator for her departure. The social worker also had special requests: the director should please wait after the question before displaying the possible answers. "Something else has to ring," that is, in the brain, explained the woman from Essen. "Then no one can turn," Jauch referred to the other four selection candidates. He hoped that when the security level was reached, his security variant guest would calm down a bit. Kurzmann had to disappoint him: "No, that's my normal state." "I'm afraid too," Jauch surrendered to his fate.

Occasionally, the spirit of resistance was still stirring in the "Who Wants to Be a Millionaire?" moderator. "You use a telephone joker and chatter yourself all the time," he reprimanded the candidate. When asked the 16,000 euro question, she correctly guessed that Tom Cruise and not Hugh Grant had already been married three times. After that, Kurzmann suddenly had a run and came up to the question for 64,000 euros. It was: Which city with around 25,000 inhabitants is the headquarters of two DAX companies: Sindelfingen, Meißen, Grünheide, Herzogenaurach? The social worker complained that there were several questions at once: "It's totally confusing, which question should I answer now?" Jauch nodded in the direction of the monitor: "The best."

Kurzmann redeemed the moderator and got out. Her gut feeling had tended towards the correct answer "Herzogaurach" (Adidas, Puma). As soon as she left the studio, Jauch took a deep breath: "This calm." Copywriter Benjamin Gambach from Pohlheim then delighted the host with deliberately monosyllabic answers, also for the sake of the other candidates: "We have to catch up." The 40-year-old returns next Monday with the question for 125,000 euros and can still put the valuable 50:50 joker there. His previous three jokers had each helped to give the correct answer: At the end of 2021, the last hero of Bern died (Horst Eckel), the legendary "Banana Album" comes from The Velvet Underground and if you protect a person in need from an illegal attack, that means that in legal German emergency aid.

At the beginning of the show, the overhang candidate Luisa Flath from Dieburg made it very uncomplicated. The employee in the personnel administration of a bank dropped out at her first question for 32,000 euros. And then came Kurzmann. She was already so upset when she sat down in the hot seat that Jauch asked caringly: "Do you need an alternative drink to our mineral water?" Luckily for everyone involved, the candidate turned down the offered liquor. 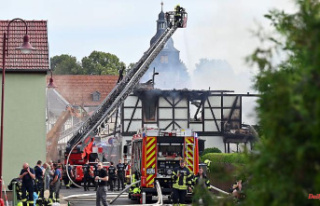