Candidates in a gambling frenzy: "I'll get a tattoo with your face, Mr. Jauch!"

Two disappointed faces, Christmas from the elephant enclosure and a long-term student who is largely insensitive to pain: Günther Jauch is not the only one holding up the entertainment flag for the "Gamer Special". 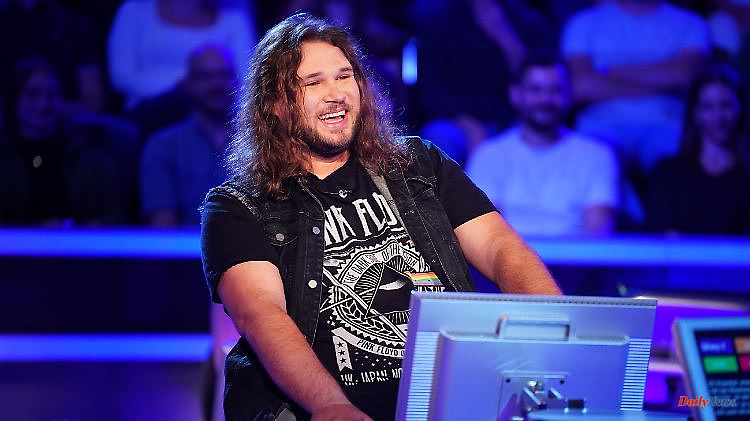 Two disappointed faces, Christmas from the elephant enclosure and a long-term student who is largely insensitive to pain: Günther Jauch is not the only one holding up the entertainment flag for the "Gamer Special".

The big "WWM" gambler special attracts people to Germany's most popular guessing studio, who are only too happy to put everything on one card. If you don't shy away from risk and go all out without batting an eyelid, you've come to the right place. A total of five candidates make it to the coveted guessing chair in the first part of the special, including two unlucky people who don't get past the 1000 euro mark (Hans vom Ende from Amsterdam and Anke Mikalauskas from the Upper Palatinate), a Hessian customs officer (Mariela Weipel) , which fails shortly before the 16,000 euro hurdle due to a motley tape replacement and a transitional candidate (Jörg Riehemann from the Münsterland), who quickly explains before the 125,000 euro question how to make Christmas cards out of "elephant shit".

What already sounds pretty crazy and wacky can easily be surpassed by a long-term student from Offenbach. Niklas Buhl is a business administration expert, Pink Floyd fan and passionate habit wearer. With his flowing hair and distinctive beard, the candidate is reminiscent of a slightly stronger version of "Aquaman". Similar to the movie hero, Niklas Buhl is reluctant to be stopped on his way to his goal. The first 1000 euros are quickly in the bag. Now it's getting serious, because if Niklas doesn't need a joker to answer the 16,000 euro question, four "helpers" will automatically step in and a whopping two million euros will be waiting at the end of the journey.

A brief excursion into the world of football jargon, a little bit of Greek island culture and the right answer to the question "Which device duo is often active together in just a few square centimeters?" (Drill and vacuum cleaner) increase the account balance to 8000 euros. But now it gets a little trickier. For the passionate vegetarian, Günther Jauch pulls a grill question card out of his sleeve. After a brief but intense period of reflection, the Offenbacher knows the right answer here too. Now the €16,000 lock has been cracked and Niklas Buhl can call on four helping jokers on his journey to financial happiness.

The telephone joker is also used for the next question. It's a good thing that the friend at the other end of the line isn't confused and knows exactly the name of the chairwoman of the Federal Employment Agency's board - namely Andrea Nahles. In the area of ​​regional studies, a single guest turned out to be a helper in dire need. Adding a 50/50 joker "for hedging" increases the potential winnings to 64,000 euros. Günther Jauch now switches to "private" mode. After all, a bit of small talk couldn't hurt and loosen up the increasingly tense atmosphere in the studio.

After examining some bizarre hairstyle photos that show the candidate in a "phase of permanent change", the moderator digs a little deeper - with consequences. "I heard you wanted to confess something to your father?" Günther Jauch asks. Two breaths later, Niklas Buhl gathers all his courage: "Dear dad, I'm not quite finished with my studies. Besides, I've been hiding my tattoos from you for years."

Niklas is certain that his father will "laugh" at it. But someone else's good mood soon disappears. We are talking about Günther Jauch. "I also have to confess more," explains the candidate. "If I win a five-figure sum, I'll have Günther Jauch's face tattooed." A murmur goes through the studio. Günther Jauch has to swallow briefly: "You can't really want to do that to yourself and your environment," begs the moderator, hoping that Niklas will back down. But he doesn't. The student sticks to his plan, after all, gambling debts are debts of honor, says Niklas.

Shortly thereafter, the candidate crosses his own personal gambler finish line. Neither Niklas nor the audience can relate to the term "Nawaro" (renewable raw materials). "I'll stop, I'll use the money to invite all my movers to a vacation," explains the 27-year-old, knowing full well that there's another "deed" involved. Günther Jauch is now taking it easy: "Please keep me up to date about the tattoo," the moderator grins, before Niklas Buhl leaves the studio with a big smile on his face and an imaginary 64,000 euro check in his hand. 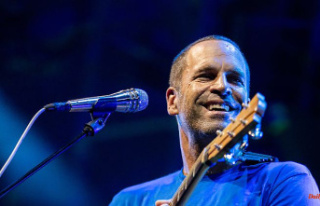 Singer defends himself legally: Stalker has been harassing...