Capitol Storm: What's at risk for Trump at the Centre of an "Attempted coup"?

"January 6 [2021] was a culmination of a plot," Bennie Thompson (an elected Democrat from Mississippi, chairman of the House of Representatives Inquiry Committee), has been trying for nearly a year to shed light on Donald Trump’s actions prior, during, and after the attack on Capitol Hill by his support that shook American democracy. 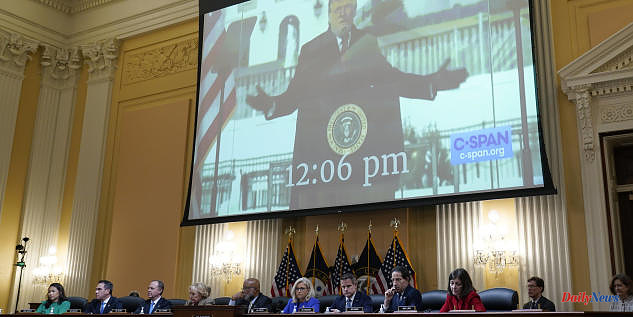 "January 6 [2021] was a culmination of a plot," Bennie Thompson (an elected Democrat from Mississippi, chairman of the House of Representatives Inquiry Committee), has been trying for nearly a year to shed light on Donald Trump’s actions prior, during, and after the attack on Capitol Hill by his support that shook American democracy. The seven Democrats and two Republicans who reviewed 140,000 documents and listened to more than 1000 witnesses, including two former president's children, reached a conclusion: Donald Trump was at the heart of this conspiracy.

What is Donald Trump actually legally charged with? What are the possible consequences for Trump's former tenant at the White House? To answer these questions, "l'Obs" interviewed Anne Deysine, jurist and professor emeritus at the University of Paris-Ouest-Nanterre, specialist in political and legal issues in France and the United States.

What are Donald Trump's actual charges?

Two subsections of Section 18 (the "U.S. Code") cover the ideas being discussed. They are sedition and conspiracy. First, conspiracy to harm the United States. This includes some obstruction. The obstruction of an official process is the most serious part. This is the idea: Donald Trump called his supporters and encouraged them to climb the Capitol in an attempt to block the counting procedure [certifying the results of the presidential election] that took places in Congress that day.

Are these allegations supported by evidence?

The commission faces a great challenge in proving that Trump's tweets about the election were connected to his tweets saying "Come On [January 6th]" or "It's Going to Be Wild", and that he didn't want to interfere. He also knew that he lost (even his Minister for Justice said that there hadn't been fraud, so he had lost), and that his goal was to delay or block the procedure in Congress.

In legal terms, intent is required. The commission is trying to create a story to prove that the intent has been proven by linking it all together. This is all to convince the Department of Justice and as many Americans as possible.

Can we just imagine the Department of Justice opening a procedure?

Here is the problem. It is not certain that Merrick Garland, the Minister of Justice, will make the leap and bring down Donald Trump. Many are already sad that the Justice Department didn't decide to bring Mark Meadows, Trump’s chief of staff, to trial for contempt of Congress. The Justice Department claims that this is not a good idea due to the country's division. Many Republicans believe Trump won, so there is a risk of violence if there are any prosecutions.

Donald Trump is unlikely to suffer the consequences.

Yes, it is serious. It is because if there are not sanctions against elected officials such as Trump who lie or incite violence, then everything we saw in January 2021 could happen again in 2024.

Is Donald Trump liable for any other punishment?

No. No. Because of the cowardice displayed by Republican senators, nothing was done [Donald Trump was acquitted at the second impeachment hearing in February 2021 where he was charged with "incitement to rebellion" after the attack on Capitol. Here lies the difference to the Watergate scandal [political spying that led in 1974 to the resignation Republican President Richard Nixon]. Republicans believed in the rule and law at the time. They refused to support Nixon after learning about his violations. Another difference is the media landscape. Everyone was riveted to their TVs during the Watergate investigation hearings. Trump voters today are watching Fox News, even though it did not broadcast the House Committee hearings.

What can we expect from these hearings in this context?

We hope that the hearings will convince some people that the elected Republicans failed to fulfill their mission. They have broken their oaths to defend the Constitution. They have lied and perjured themselves. The Republicans elected to Congress are also accountable for putting their own interests (getting reelected) above those of the country, and continuing to spread lies about a stolen election.

The sanction could be politically motivated during the November "midterms", which are midterm elections that renew the entire House of Representatives. This is where the Republicans wouldn't get the majority they want in both chambers. The commission could then release elements that incriminate certain Republican elected officials, urging the Department of Justice. This would be a clear signal that elected Republicans are putting the country at risk.

Parallel to the House Committee of the Capitol Storming's work, federal agents continue a massive investigation to locate the protestors who participated in the attack of January 6, 2021. According to the Associated Press, over 800 people have been arrested across the country, mostly for trespassing at a federal building. Some 300 others have pleaded guilty. Others face more serious charges. On Monday, June 6th, the Department of Justice announced that Henry Tarrio, the leader of the Proud Boys and four other members of far-right militia were indicted for "sedition". This is a rare charge and can be punished by 20 years imprisonment. It involves conspiring to resist the government or any of their laws. Another radical militia, the "Oath Keepers", is being charged with "sedition".

1 Social. Macron assures pensions and method 2 These were the ministers who were forced to resign... 3 "We won't let ourselves be threatened":... 4 Discrimination against LGBTQI: Bierhoff calls the... 5 "Determines the rest of life": Ozzy Osbourne... 6 Supreme Court dismisses lawsuit allowing Britons to... 7 The day of the war at a glance: Russian troops take... 8 UK. Justice approves Johnson's plan for deporting... 9 Justice. "Rapist of Sambre": Dino Scala... 10 Weak Wall Street: High inflation spooks investors 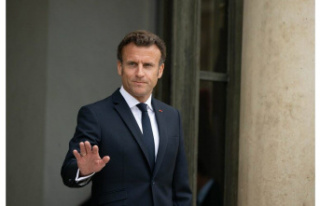