With the 500 euro question, Jauch already feels like the real loser. 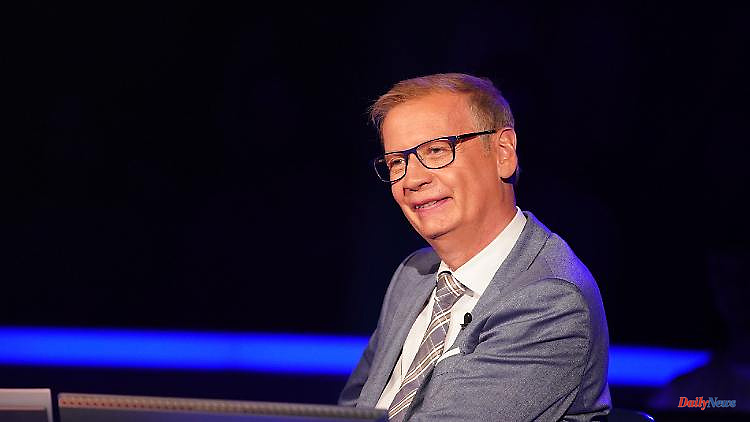 The candidate showed hardly any emotions, but Günther Jauch despaired very early on. Ute Schindler from Gelsenkirchen seemed almost dejected to trudge to the chair when she was the only one of five candidates who knew the right answer in the selection round on Monday morning. Even after that, the employee of a drugstore chain seemed almost uninvolved or remained in the seat in a state of shock that was difficult to recognize. When Jauch asked about her pulse, she said: "Don't rage", but not completely calm either. However, no question remained unanswered with Jauch's heart rate when it came to the actually simple 500 euro question. "What am I doing with her?" At some point the moderator could only ask helplessly.

The question might have been a bit awkward, but it was basically simple. Schindler should know: Who doesn't generally target what their name suggests, but purses and mobile phones, for example: car thief, pickpocket, poacher, jewel thief? The contestant for some reason stuck to the idea that a car thief would break into a car primarily to steal wallets and cellphones, not the car itself.

Jauch did his best to play through all cases clearly. For the correct answer, he tried it with unconcealed sarcasm: "The pickpocket, on the other hand: he only wants to take the bag with him. What should he do with a wallet? And with today's women's bags, he always takes the bag." The candidate nodded in agreement: "So A (car thief)."

Jauch then decided more or less single-handedly that the native of Cottbus took the audience joker. The RTL host demanded: "Something between 110 and 120 percent should come out" and, as a precaution, positioned himself with his long microphone to pillory any weak points in the studio. But all viewers decided on the pickpocket. "Well, you've had a lot of fun. It went well again," Jauch summed up, which again hardly caused a reaction from the candidate.

Maybe Schindler was just sure, regardless of experience, that she would go home with a lot of money when asked the €500 question. "I'm always lucky. I'm a lucky guy," the drugstore clerk announced confidently. Jauch immediately countered this impression with the story of how, after waiting 14 years for the Trabi, Schindler finally bought the car from an acquaintance for a lot of money. "And when did the border open?" he wanted to know. "Two months later," admitted the candidate.

16,000 euros was the end for Schindler. She accepted that too stoically. "Legendary appearance", judged Jauch. Overhang candidate Heiko Schliek from Stockach in Baden-Württemberg had at the beginning of the edition of "Who wants to be a millionaire?" Cleared 64,000 euros. The hotel manager on a cruise ship ("a well-known German shipping company with four letters") got through the rounds confidently and courageously and was very careful to keep his jokers together. "Just take B and go home with two jokers," Jauch complained at some point.

In the question for 125,000 euros, the last two jokers were actually lost and Schliek lacked the last bit of gambler courage to trust his instincts. He had whispered to him from the start that the apple had the Latin name "Malus" (not lilies, cabbage or tobacco), which can also mean "bad". The hotelier immediately thought of the Garden of Eden, Eve and the snake. "Because of the Fall? That's a long way off," said Jauch. The telephone joker couldn't help Schliek, but after the 50:50 his favorite stopped. "It would now be pure gambling," the candidate hesitated. "That's the beauty of it," said Jauch.

Schliek stopped and had to let the "Who Wants to Be a Millionaire?" moderator explain to him that his gut feeling was right. Somehow, anyway. In truth, the fruit is not mentioned at all in the Bible, Jauch explained. The apple got its name in a different way. "And because that's his name, they made the Adam and Eve story out of it. So basically put the bridle the other way around."

With the last candidate of the evening, Jauch immediately warned: “Be careful with the 500 euro question – just a little tip” He wasn’t that wrong at all. Student Jara Uloth from Hanover easily reached the 2000 euro round. But she also needed the audience joker and again it was somehow about cars. The car-less student, who is doing her degree in Franco-German Studies, had no idea that there are "smart repairs" for small damage to the car, but not to the teeth or in the garden. "Is it as bad as the 500-euro question? Or how do you assess the situation?" She sought consolation from Jauch. He was able to calm down: "She's not so desperate and hopeless with you. You don't have to be embarrassed."

On the other hand, his appearance on "Who Wants to Be a Millionaire?" was perhaps a little uncomfortable. for Uloth's phone joker. Your high school friend should know whose eldest son married billionaire daughter Nicola Peltz in April. "We're in the boulevard area," Jauch prepared the law students. Just for fun, he sent: "What are you subscribed to: Gala...?" "Yes, yes. Gala," confirmed the 20-year-old to the delight of the viewers in the studio.

"20 years? And you are a gala subscriber? He sure as hell knows," the moderator admitted. In fact, only one lady in the audience was able to clarify that the son of David and Victoria Beckham was being searched for. "If you ever need such a subscription. It'll be done tomorrow in Münster," said Jauch. Uloth returns next Monday with the €32,000 question. 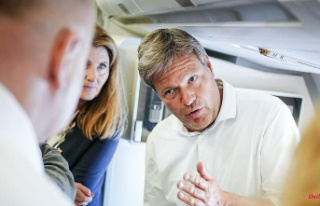