Charles and Camilla on the way: Prince Harry flew back to London alone

Less than twelve hours after his arrival, Prince Harry leaves Balmoral Castle and flies back to London, where his wife Meghan is waiting for him. 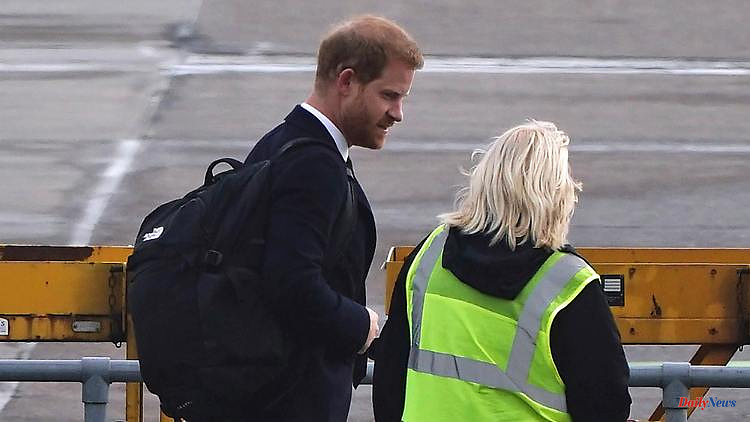 Less than twelve hours after his arrival, Prince Harry leaves Balmoral Castle and flies back to London, where his wife Meghan is waiting for him. The fact that the Queen's grandson left alone is a topic of conversation. Because the relationship with the family should be broken.

A good twelve hours after his arrival in Scotland, Prince Harry flew back to London on Friday morning. In a black suit and with a bag over his shoulder, the prince boarded a British Airways flight from Aberdeen to the British capital, the media reported. His plane landed at Heathrow at around 12:30 p.m. Unlike other members of the royal family, Prince Harry, like his brother William, among others, only arrived in Scotland after the death of his grandmother, Queen Elizabeth II.

Around noon, King Charles III also left. and his wife Camilla the Scottish country estate of Balmoral. The two also drove to Aberdeen Airport, from where they flew to London. King Charles plans to give Prime Minister Liz Truss an audience in London this afternoon and address the nation in the evening.

The fact that the prince flew alone caused speculation in the British press. His brother William is apparently still at Balmoral. Prince Harry's relationship with the rest of the royal family has been strained since he moved to the United States with his wife Meghan and publicly criticized family members in interviews.

Harry and Meghan have been in Europe for a few days, and they were also guests in Düsseldorf on Tuesday. Children Archie and Lilibet have not been seen in public. Harry and Meghan, officially the Duke and Duchess of Sussex, actually wanted to attend a charity event on Thursday evening. However, they canceled their participation when it became apparent that the Queen's health was deteriorating in the afternoon.

Meghan did not travel to Scotland, nor did her sister-in-law Kate, the wife of heir to the throne Prince William, who took care of their three children Prince George, Princess Charlotte and Prince Louis in Windsor.

1 From Charles to Andrew: What's changing for each... 2 Consumers in need: when the gas can be shut off 3 Hesse: 57-year-old attacks police officers with a... 4 Saxony: "Rallye Elbflorenz": 200 vintage... 5 Saxony-Anhalt: Completion of the "Gimritzer Damm"... 6 Baden-Württemberg: helicopter crash with 46 dead:... 7 Baden-Württemberg: nobility in the southwest: shock... 8 Hesse: The memorial is intended to commemorate the... 9 Hesse: Hessian handicraft businesses: skepticism towards... 10 Bavaria: Death of the Queen: mourning flags and book... 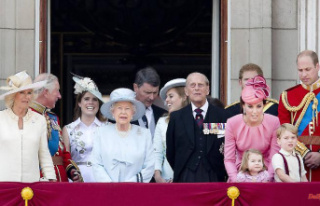 From Charles to Andrew: What's changing for each...