The Queen is actually a big fan of equestrian sports and usually attends Royal Ascot every year. 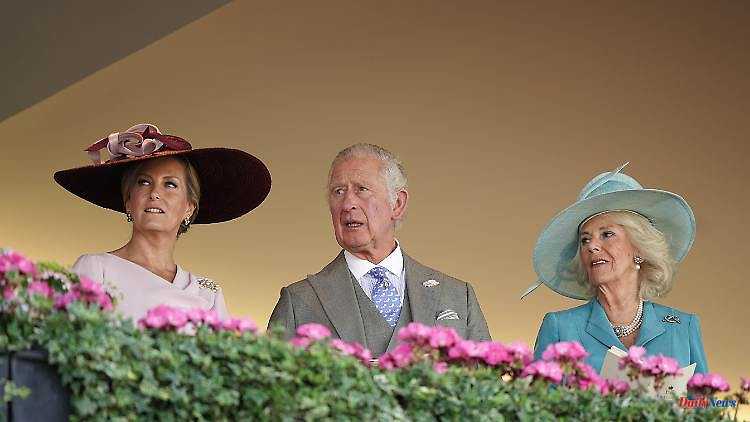 The Queen is actually a big fan of equestrian sports and usually attends Royal Ascot every year. But this year the monarch has to cancel - not the first event she has missed in recent times.

The first day of Royal Ascot in 2022 had to take place without Queen Elizabeth II. According to media reports, the 96-year-old monarch canceled her appearance at the famous horse race at short notice. Fans of the royals still got their money's worth on Tuesday: Prince Charles and Duchess Camilla and other family members represented the queen at the racetrack.

Charles was dressed in a gray suit with a black top hat. He matched the color of his tie to Duchess Camilla's light blue suit. The two led the traditional carriage procession, sharing the carriage with Charles' nephew Peter Phillips. His mother, Princess Anne, was also there, dressed in a light yellow suit with a dusky pink fascinator hat. Inside the royal box, Charles and Camilla had a great time with Sophie von Wessex, who came in a pink dress with a crimson hat.

Also among the royal guests was Zara Tindall, who opted for a multicolored dress in pastel pink and purple tones. She also wore a fascinator hat with pink and purple pompoms. She was with husband Mike Tindall and Princess Beatrice and her husband Edoardo Mapelli Mozzi. Beatrice paired a floral midi dress and straw fascinator with pink flowers.

Queen Elizabeth II has always been a great fan of equestrian sports and is usually present at Royal Ascot every year. She has been the patron of horse racing since 1952. In 2020 she missed Royal Ascot for the first time since 1945.

The monarch even sends some horses into the race herself. On the first day her horse King's Lynn tried his luck but failed. In the coming days, however, other animals from the monarch's possession will appear. It cannot be ruled out that she will then be there personally to keep her fingers crossed. Also in 2021, the Queen only showed up on the last day of the race.

1 After only two episodes: Sat.1 cancels the Schrowange... 2 Prize money in the millions: "Squid Game"... 3 The summer wave is rolling: Does the fourth vaccination... 4 Support ends after 27 years: Microsoft is retiring... 5 Cushion the energy crisis: electricity-saving tips... 6 Heat-free for employees?: Employers have to cool down 7 Money is becoming more expensive: This means that... 8 Emotional step: This is how private bankruptcy helps... 9 From charcoal to meat: this is how the barbecue evening... 10 Real estate financing more expensive: construction... 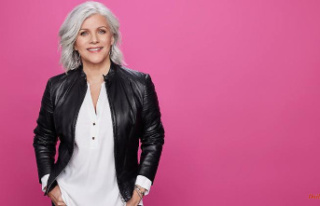 After only two episodes: Sat.1 cancels the Schrowange...