Chimpanzees call out loudly to hunt

Chimpanzees use loud calls to signal their readiness to hunt. 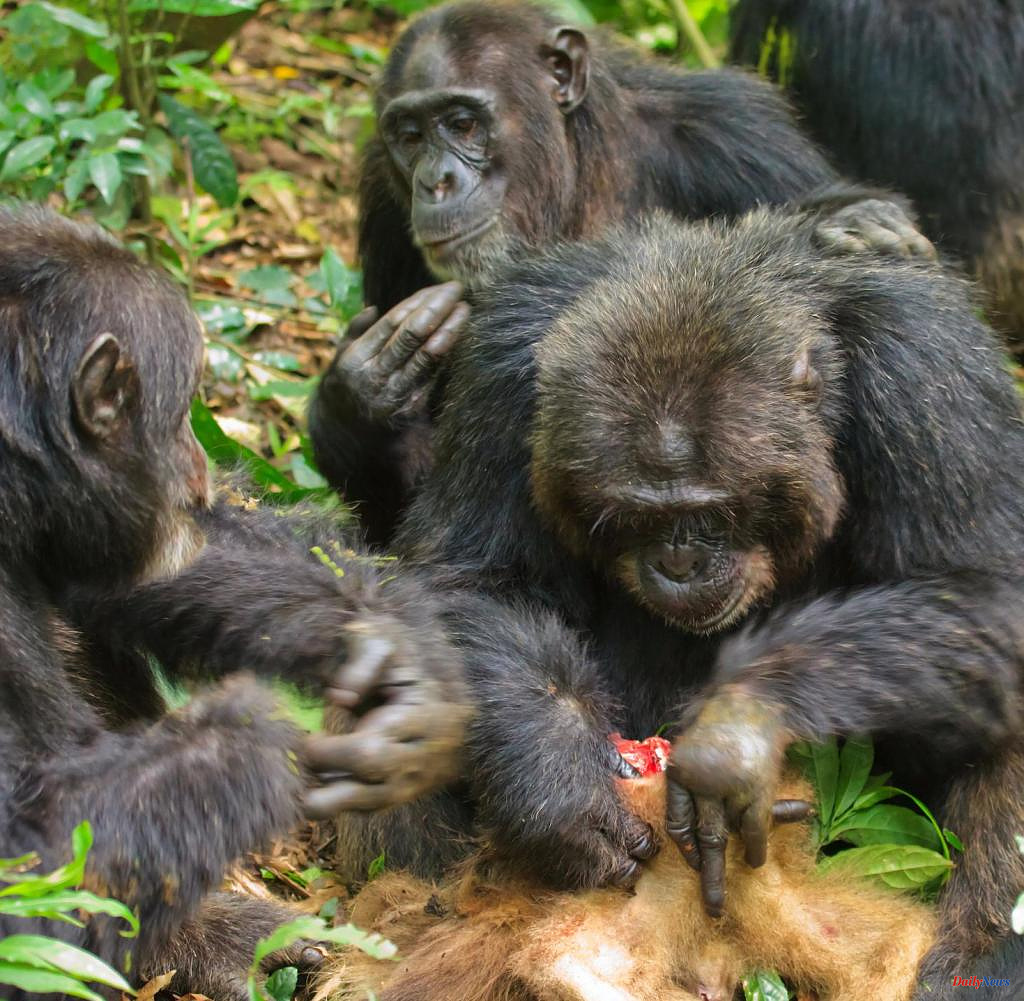 Chimpanzees use loud calls to signal their readiness to hunt. Presumably they also motivate their conspecifics to hunt together, which increases the effectiveness of the hunt, reports an international team of scientists in the journal "Science Advances" after evaluating observation data. The results suggest that communication and cooperation arose together over the course of evolution, starting with the last common ancestor of humans and chimpanzees.

According to a common assumption, language and cooperation in humans developed in dependence on each other, writes the team led by Joseph Mine from the University of Zurich. Thus, as communication skills matured, complex behaviors became easier to coordinate, which in turn improved communication skills. Something similar is also known from other animals, such as certain dolphins. It is unclear whether the co-evolution of communication and cooperation is limited to humans or can also be found in other primates.

The scientists investigated this question in wild chimpanzees. They evaluated observation data from 23 years and a total of around 230 hunting episodes of a group of chimpanzees in Uganda.

The researchers report that groups of chimpanzees usually hunt colobus monkeys that live in the trees. If they kill an animal, the loot is usually shared. In the research area, the chimpanzees usually did not specifically search for prey, but accidentally came across the colobus monkeys during their forays, it is said. The hunt then often begins with one or more chimpanzees immediately climbing into the trees. But sometimes minutes to hours passed in which the animals seemed to weigh their chances of success.

When evaluating the data, the researchers found that loud calls were made in almost 40 percent of the hunts, mostly before the start of an attack. Statistical analyzes showed that an animal that had called participated more frequently in a hunt than one that had not called.

Overall, the hunting community grew larger when lutes were involved. The group started hunting faster and the hunting success increased with their size. "We thus provide evidence that vocal signals are associated with more efficient cooperative resource acquisition in a wild monkey," the scientists write.

But why don't the animals call out on every hunt? The researchers cannot answer this question. Possibly the respective visual conditions played a role, so that the animals only resort to vocalizations when visibility is poor. It is also conceivable that the calls are an expression of excitement when the chances of a hunt being successful are particularly high.

It is therefore not certain whether the sounds are a specific call to hunt - or a by-product of hunting behavior. Further investigations would have to clarify this. However, the researchers caution that the chimpanzees should make more prey if calling is only used under particularly favorable conditions. That was not the case in their study.

The results added to the understanding of the evolutionary roots of the human ability to direct group behavior through communication. Presumably, these two behaviors would have developed together at the latest with the last common ancestor of humans and chimpanzees. 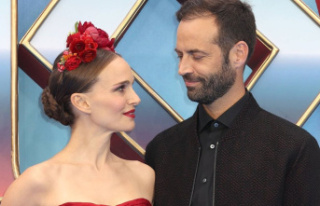 Natalie Portman: She gushes about her marriage on...