Despite all threats from China, US leader Nancy Pelosi has arrived in Taiwan for a visit. 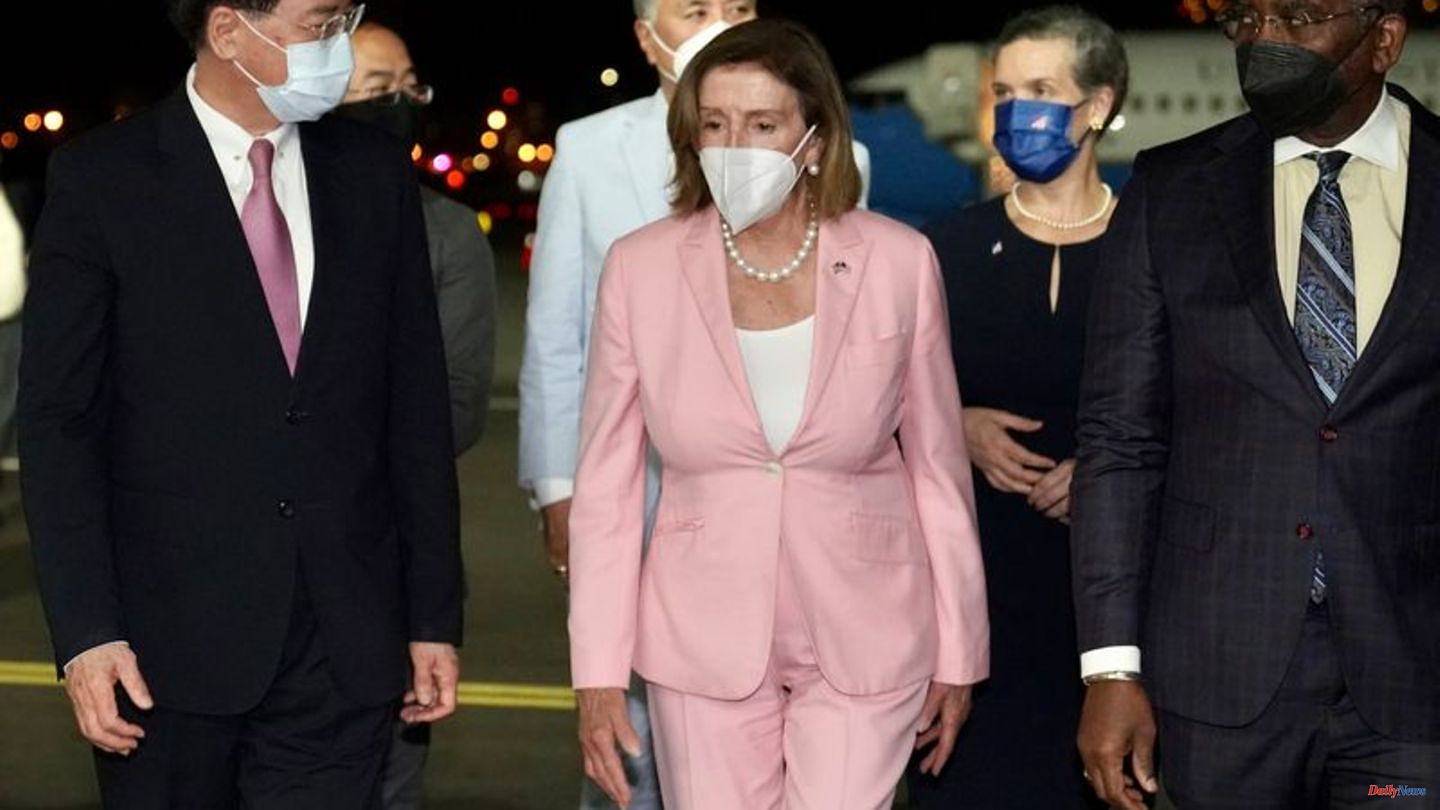 Despite all threats from China, US leader Nancy Pelosi has arrived in Taiwan for a visit. The stay of the Speaker of the US House of Representatives is the highest-ranking visit from the United States to the island's democratic republic in a quarter of a century.

Beijing sees Taiwan as part of the People's Republic and strictly rejects official contacts from other countries to Taipei. Foreign Minister Annalena Baerbock received a protest from Beijing on Tuesday over the Taiwan question.

China also vigorously protested Pelosi's visit immediately after landing. The Foreign Ministry in Beijing spoke of a "very dangerous game with fire". "Whoever plays with fire will burn himself." China will "take all necessary measures to defend national sovereignty and territorial integrity".

The Russian Foreign Ministry has criticized US top politician Nancy Pelosi's visit to Taiwan as a "clear provocation". China has the right to take measures to protect its sovereignty and territorial integrity, the Moscow statement said. "We view the visit as a clear provocation in the spirit of the US aggressive line of comprehensive containment of China." Russia's stance remains unchanged, that there is only one China with the legitimate government in Beijing.

Pelosi promises US solidarity with Taiwan

After landing in Taipei, Pelosi pledged further support to Taiwan. "America's solidarity with the 23 million people of Taiwan is more important than ever today as the world faces a choice between autocracy and democracy," said the 82-year-old. She wrote in the Washington Post: "We cannot stand by while the (Chinese Communist Party) CCP threatens Taiwan - and democracy itself. We reaffirm that the freedoms of Taiwan - and all democracies - must be respected."

At the same time, the White House emphasized that Pelosi's visit would not change the USA's one-China policy. National Security Council communications director John Kirby told CNN there was no reason for China to turn the visit into a conflict. "The United States is also not intimidated by threats."

Foreign Minister Baerbock also accused China of making threatening gestures. "We have painfully learned in the past few months since February 24 that aggressive rhetoric can lead to dangerous action," she said in a speech in New York. The Greens politician added: "It cannot be in our interest if China also creates escalating economic dependencies in the region." The Green politician had already criticized China on Monday, which led to an official protest from Beijing for interference in "China's internal affairs".

In response to China's military muscle flexing, Taiwan's military increased its combat readiness. Pelosi's visit as part of a trip to Asia was not officially confirmed until shortly before landing. The 82-year-old wants to meet President Tsai Ing-wen and MPs on Wednesday. The visit of America's number three - after the President and Vice President - is seen as a welcome upgrade in Taiwan. It is also seen as a setback for Beijing, which is trying to isolate Taiwan internationally.

Pelosi's plane made a detour around the South China Sea, which is largely controlled by China, en route from Malaysia, according to media reports. The Chinese state media had even discussed whether action should also be taken against their plane. State and party leader Xi Jinping warned US President Joe Biden last week: "Those who play with fire will perish."

From the point of view of the Chinese leadership, Taiwan is part of the People's Republic, although it was already governed independently before it was founded in 1949. The island, which has a population of 23 million, has long considered itself independent. The claim to power on the island goes back to the founding history of the People's Republic, which explains its great importance for the Communist Party. At the end of the civil war against the communists, the national Chinese Kuomintang government fled with its troops to Taiwan, while the communists proclaimed the People's Republic in 1949.

The island is of geostrategic importance due to its location on economically important straits, and US generals used to like to describe it as an "unsinkable aircraft carrier". The party-affiliated Chinese newspaper Global Times wrote that relations between China and the United States were "almost on the brink of a knife". "The countermeasures that the high command is planning to deal with Pelosi's possible visit to Taiwan must be far more rigorous and comprehensive than one can imagine."

The White House warned Beijing of an escalation. Kirby said the US would not engage in "saber rattling." "At the same time, we don't let ourselves be intimidated." The visit also changes "nothing" in the USA's China policy. The US does not maintain official diplomatic relations with Taiwan, but considers Beijing to be the legitimate representative of China.

Pelosi's visit is the largest from the United States since the visit of her Republican predecessor Newt Gingrich in 1997. At that time - shortly before the return of the British crown colony of Hong Kong to China - the reaction was moderate. 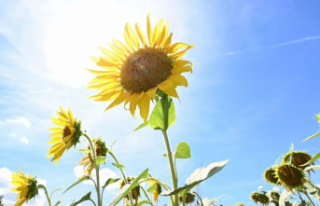