Prince Harry has not only launched a sporting event for war-disabled soldiers, he also takes care of the children of the dead: in a video he sends a Christmas message to them. 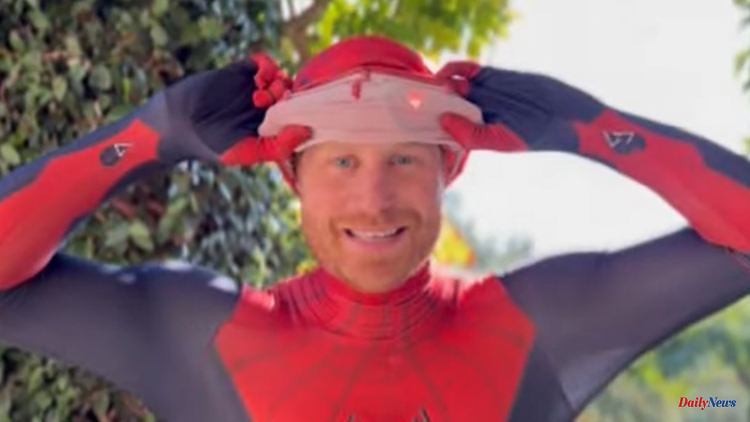 Prince Harry has not only launched a sporting event for war-disabled soldiers, he also takes care of the children of the dead: in a video he sends a Christmas message to them. In costume.

"Merry Christmas"! British Prince Harry, in a superhero costume, recorded a Christmas message for the children of military personnel who died in action. The 38-year-old, dressed as Spider-Man, speaks about the mixed feelings orphans have to deal with during the holiday season in the video recorded for the British organization Scotty's Little Soldiers.

"Christmas is a time when we miss our loved ones really, really badly, and that's okay," Harry says in it. But it can also trigger feelings of guilt, having fun even though the parents are not there. "I'm here to reassure you that our parents always want us to have fun," the prince continued, before removing his mask and wishing "Merry Christmas" with a big grin.

Harry, who underwent officer training and served on the frontline in Afghanistan, has both close ties to the military in Britain - he founded the Invictus Games for war-disabled soldiers - as well as his own experiences with the early loss of a parent. When his mother Diana died in 1997, Harry was 12 years old.

1 Mecklenburg-Western Pomerania: Schweriner SC celebrates... 2 Mob boxer remains world champion: Fury gives challenger... 3 Message from the clinic: Pelé: "I am strong... 4 Ministry warns against purchase: will there be a crisis... 5 In the occupied territories: NASA: Kremlin stole billions... 6 Are armies using winter as a break?: US intelligence... 7 "Comfortable" for Moscow: Selenskyj criticizes... 8 Head of the monarch too big: royal crown is for Charles... 9 Multi-year timetable required: Parliamentary Commissioner... 10 Longing for normality: Germany is at a crossroads... 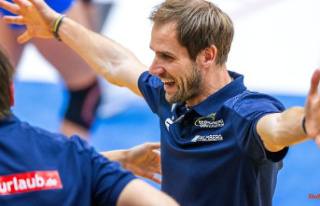