Civilians and fighters killed in Israeli strikes in Gaza

During this "preventive attack" against Islamic Jihad, 15 fighters were killed, estimated after a first series of raids an Israeli military spokesman, Richard Hecht. 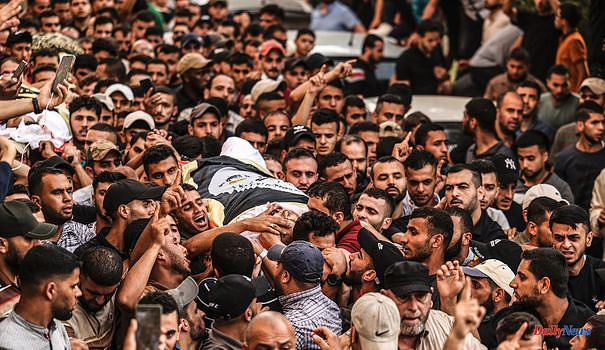 During this "preventive attack" against Islamic Jihad, 15 fighters were killed, estimated after a first series of raids an Israeli military spokesman, Richard Hecht.

He said Israel expected rocket fire from Gaza into the center of the country.

In the evening, the army announced that it would continue its strikes, in particular east of Gaza City, according to witnesses.

The Islamic Jihad, an organization considered terrorist by Israel, the European Union and the United States, has confirmed the death of one of its leaders, Tayssir Al-Jabari.

The Ministry of Health in Gaza, for its part, reported ten dead, "including a five-year-old girl", and 55 injured.

The first salvo of strikes notably targeted Khan Younis (south) and a residential area in the center of Gaza City, Palestinian witnesses and security sources said.

In Gaza, AFP journalists saw the injured being evacuated by the emergency services, firefighters working to put out fires and residents crowding into morgues.

"The Zionist enemy started this aggression and must expect us to fight relentlessly... There will be no truce after this bombardment," said Islamic Jihad Secretary General Ziad al. -Nakhala, in an interview with the Lebanese television Al-Mayadeen, in Tehran, the Iranian capital.

"There will be no red lines in this battle...Tel Aviv and other Zionist cities will be targets of resistance missiles," he added.

Hundreds of people attended Tayssir Al-Jabari's funeral in Gaza in the evening, an AFP team found.

These raids on the territory of 2.3 million inhabitants, under Israeli blockade, come after the arrest Monday of a leader of Islamic Jihad in the occupied West Bank, Bassem Saadi.

Since then, the Israeli authorities have feared reprisal attacks from Gaza, an enclave controlled by the Islamists of Hamas and where Islamic Jihad is well established.

The army had deployed reinforcements in the area adjacent to the Palestinian territory, including tanks, roads had been blocked and trains removed.

"To our enemies, and particularly to the leaders of Hamas and Palestinian Islamic Jihad, I would like to insist: your time is running out. The threat (to southern Israel, editor's note) will be eliminated one way or another" , Israeli Defense Minister Benny Gantz said in a statement.

Israeli Prime Minister Yair Lapid assured him that the security forces would act "against Islamic Jihad terrorists to eliminate the threat they pose to the citizens of Israel".

“Anyone trying to hurt Israel should know: we will find you,” he added.

In Ramallah in the West Bank, the Palestinian presidency condemned "Israeli aggression" and held the Jewish state responsible for the "dangerous escalation".

Since 2007, Israel has imposed a strict blockade on Gaza, a micro-territory plagued by poverty and unemployment.

The Israeli army on Tuesday ordered the closure of border crossings, forcing thousands of Gazans, holders of work permits in Israel, to stay at home. This closure has slowed the delivery of diesel, needed to power the Gaza power plant.

This single power plant risks closing due to a lack of fuel, its director warned on Thursday.

About 50 people who normally leave the enclave daily for treatment have also been affected, according to the World Health Organization (WHO).

Israel's latest strikes on Gaza targeted a Hamas position on July 19 after a shot from the enclave.

Israel and armed groups in Gaza have fought several wars, the last of which was in May 2021. Amid tensions that began in East Jerusalem, the 11-day war left 260 Palestinians dead, including many fighters, and 13 dead in Israel, including a soldier, according to local authorities. 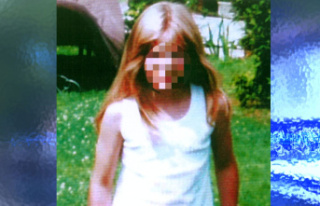