Climate: should we give names to heat waves, like hurricanes?

"Let's be happy with this weather. 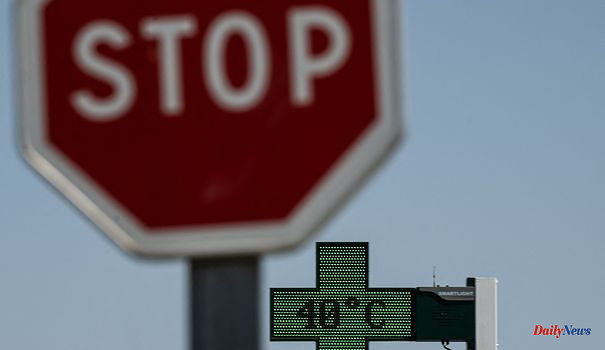 "Let's be happy with this weather." On July 14, a sequence broadcast on the ultra-conservative British channel GB News illustrated the difficulty of becoming aware of the seriousness of heat waves. While the Met Office - the equivalent of Météo France - worried about the lives of the British, in anticipation of extreme heat for the country, the journalists on the set dismissed the event as a simple period of "good weather". The qualifier immediately triggered the indignation of climate scientists, while such temperatures kill and paralyze certain economic activities.

For them to be considered natural disasters in their own right, in the media, but above all in people's minds, should episodes of extreme heat be given a name, like hurricanes? In Spain, the heat wave that hit the municipality of Seville from July 24 to 27, resulting in temperatures above 43°C, now goes by the name of “Zoé”. The result of a new nomenclature adopted in July. This gives a name to the most dangerous heat waves for health.

The mayor of Seville hopes that, like 'Hurricanes Katrina', 'Irma' and 'Dorian', the heat wave 'Zoe' will be remembered more easily. What, perhaps, to push a little more the populations and the public authorities to protect themselves against these phenomena. Heat kills more than 300,000 people worldwide each year, according to a report by The Lancet published in 2020. "We are the first city in the world to plan and take action when this type of weather event occurs" , welcomed the mayor of Seville when adopting the measure, which he considers pioneering, while these events are increasing due to global warming.

The idea has been emulated in France. During the July heat wave, some researchers like Serge Zaka, agroclimatologist, or Maxime Combes, economist, specialist in climate policies, came out in favor, on social networks, with a certain irony: "After TotalEnergies1 in June, and because the reasons are not lacking, let's continue the effort and call this terrible heat wave that is coming TotalEnergies2", mocked the latter, on Twitter, July 13, 2022. A debate far from trivial... at a time when the waves multiply. A news is already advancing, in France, for this week, with temperatures which will locally reach 40°C in the Toulouse noon on Wednesday.

If adopting the names of polluting companies is not really in the cards, part of the scientific community is seriously considering opting for first names, rather than using the current year. "It is indeed a question that some of my colleagues are asking themselves, who believe that giving names could help the general public to grasp the issues around extreme temperatures", confides to the Express Fabio D'Andréa, researcher at the CNRS and the Dynamic Meteorology Laboratory of the École Normale Supérieure (ENS).

So much so that on July 12, the UN spoke out on the subject. "At the moment, we don't have a naming system, and we don't see that in the near future," said Clare Nullis, spokeswoman for the institution's meteorological arm, the World Meteorological Organization. (WMO), during a press conference. "Hurricanes are large systems, which affect several countries. Heat waves are more localized," she said.

Another obstacle to such a change, heat waves are, in places, much less predictable than hurricanes. "Events so named may not occur, turn out to be less severe, or occur in different localities. This could potentially undermine the benefits of naming awareness and create false alarms," ​​the organization said in a statement. a press release published on July 19, 2022. Contacted by the Express on this subject, Météo France, the official service of meteorology and climatology of the country, prefers to stick to the decision of the UN. There is no doubt that the debate could resurface again in the future, on the occasion of yet another heat wave.

1 “Conspiracy narratives are always part of extremist... 2 Post on "Truth Social": Dementia instead... 3 Senegal: continuation of the count of the legislative... 4 "External animal on the track": Giant tortoise... 5 Practical help: Wallpaper remover, nail roller and... 6 Conference League: 1. FC Köln in play-offs against... 7 Saxony-Anhalt: Residence requirement for Ukrainian... 8 "Who's stealing the show?": Which game... 9 Spain will not give Leopard tanks to Ukraine because... 10 Dolph Lundgren Responds to Stallone's Drago Criticism 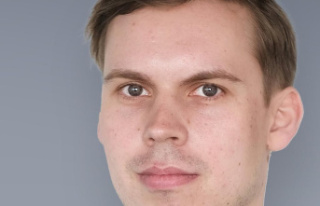