Climate: towards a record year for fires in Europe?

"The situation is even worse than expected, although we expected temperature anomalies thanks to the long-term (weather) forecast," Jesus San Miguel, coordinator of the European Fire Information System, told AFP. 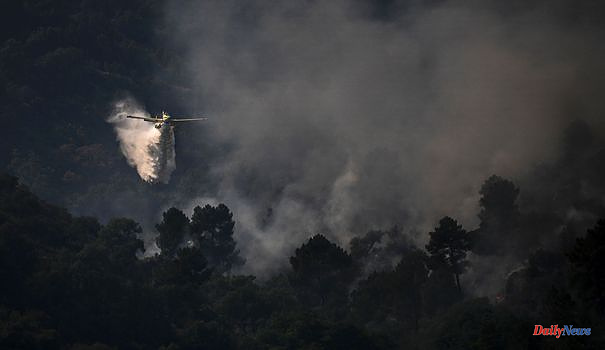 "The situation is even worse than expected, although we expected temperature anomalies thanks to the long-term (weather) forecast," Jesus San Miguel, coordinator of the European Fire Information System, told AFP. forest (EFFIS). For him there is no doubt: "the heat wave is decisive (in the situation) and clearly linked to global warming".

In the 27 countries of the European Union, fires have thus ravaged a total of 517,881 hectares since the beginning of the year (figures from July 16), i.e. just over 5,000 km2, equivalent to the surface of a French department. like Mayenne, or the islands of Trinidad and Tobago in the Caribbean.

But under the heat wave that hit the west of the continent, near the Atlantic, even countries unaccustomed to such fires see the affected surfaces fly away. Like Great Britain where the temperature exceeded 40°C for the first time this week. Just over 20,000 hectares have burned there since the start of the year, compared to just over 6,000 in 2021, according to EFFIS.

"We knew it was going to be a tough summer and we expect it to continue, we're not even halfway through the fire season," said San Miguel. "Previously the season was concentrated from July to September, now we have longer seasons and very intense fires."

“What is remarkable is the duration for which they burn”, agrees Mark Parrington, scientific manager of the European Copernicus Atmosphere Monitoring Service (CAMS).

"These are not phenomena that we usually see in Europe," he continues, but as a result of the warming, the soils and the vegetation are drying out and "there is a lot of fuel".

With these changes in physical conditions, "there is a clear upward trend in the risk of fire in southern and central Europe", underlines the specialist.

These more numerous and intense fires affect the quality of the air breathed by the populations. In the south-west of France, the fumes, loaded with particles and nitrogen dioxide, were thus felt in Bordeaux, whose agglomeration has more than 800,000 inhabitants, and even in Paris, more than 500 km away.

And by burning, forests also emit CO2, one of the greenhouse gases contributing to global warming. In quantities with negligible effects in absolute terms for Europe. But the trees that have disappeared will no longer absorb carbon either.

1 When dogs bully bathers on the beach 2 In the "Heute journal": "That hurts":... 3 Fires in Gironde: the fires "still not fixed",... 4 Bitter tournament end for Andrea Petkovic 5 Sportbund criticizes the use of school sports halls... 6 War in Ukraine: Putin sets conditions for grain export 7 How 'Russian partisans' are sabotaging supplies... 8 "Extraordinary detail": what images from... 9 ARD takes Netflix as an example? Gladly - but then... 10 US President: Joe Biden tested positive for the corona... 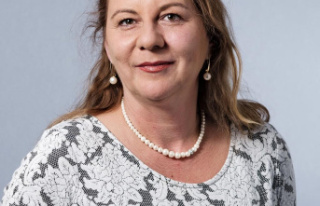 When dogs bully bathers on the beach