Climate: what consequences with the end of China - United States cooperation?

The bond between the United States and China was not very strong, today it threatens to give way. 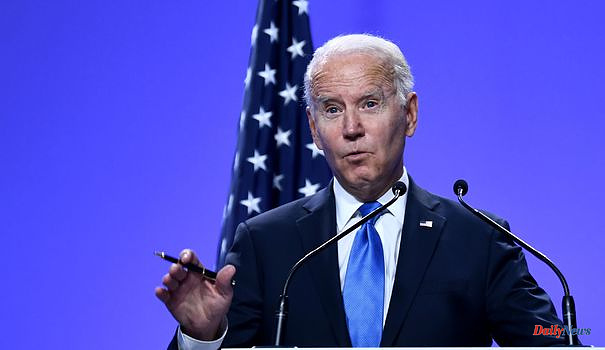 The bond between the United States and China was not very strong, today it threatens to give way. The day after a particularly spectacular show of force off Taiwan, Beijing announced on Friday August 5 that it wanted to suspend its cooperation with Washington in many areas, starting with that of global warming.

At the origin of this diplomatic cold: the visit of the president of the American House of Representatives Nancy Pelosi (third political figure of the country) to Taiwan, at the beginning of the week. Mrs Pelosi has "seriously interfered in the internal affairs of China and undermined its sovereignty and territorial integrity", denounced the Chinese Ministry of Foreign Affairs, announcing "to impose sanctions" against her and her "family close", without giving details. Many experts believe that Beijing's freezing of its cooperation with Washington on global warming is worrying. Especially since they are the two biggest polluters on the planet: China emits 28% of greenhouse gases, the United States 14.5%.

Last November, China and the United States created a surprise at the world climate conference (COP 26) in Glasgow. They had signed a joint statement and pledged to "take reinforced measures to raise their (climate) ambitions during the 2020 decade". The text notably provided for increased cooperation in several areas, including the reduction of methane emissions, the development of renewable energies and the electrification of fossil fuel-consuming sectors. The two countries had also agreed on the need to organize regular discussions on the subject.

In 2014, the two powers had also reached a first agreement in which they undertook to reverse the curve of their greenhouse gas emissions, which are constantly increasing. This text had in particular made it possible to lay the foundations for the discussions which should culminate, a year later, in the signing of the Paris climate agreement, in which most of the countries of the world have committed themselves to limiting global warming below 2°C.

For UN Secretary General Antonio Guterres, it is "impossible" to solve the "most pressing problems" such as climate change without an "effective" dialogue between China and the United States. An observation widely shared by François Gemenne, one of the authors of the IPCC reports and specialist in environmental geopolitics. According to him, the suspension of these agreements between China and the United States "is a total disaster for the climate", he reports from his Twitter account.

"Up to now, they had succeeded in sanctuarizing their cooperation on the climate, by ensuring in particular that this cooperation is not parasitized by trade disputes. It's over". Especially since for the researcher, the Paris Agreement taken at COP21 could be in danger. Because this collaboration between the two biggest polluters on the planet is essential to keep on the same line all the countries that have signed commitments and not obligations. "What is happening is catastrophic, it is comparable to the American withdrawal from the Paris Agreement," he adds.

However, for the moment China's announcement "is certainly not a withdrawal from the international scene on climate issues or a rejection of climate action", said David Waskow, of the World Resources Institute, with the AFP. Unlike that of the USA under the Trump administration, which had initiated a reversal of American domestic and foreign policy in terms of climate. "Breaking with diplomacy does not mean that China renounces its commitments," added Mohamed Adow, of the think tank Power Shift Africa to AFP. "In many ways, China is ahead of the United States in its fight against global warming," he said.

The Chinese announcement raises many questions. "Is this a tactical decision or a long-term strategy? Does China mean that this cooperation is impossible as long as there are tensions?", insisted Alden Meyer, analyst at the E3G think tank, with the AFP. Others are concerned about the impact of this decision on the next COP 27 in Egypt, scheduled for November 2022. "In the current geopolitical context, if Egypt manages to conclude COP27 with a joint declaration, as hollow and insipid as it is, we will have avoided the worst", warns François Gemenne.

Besides the issue of global warming, the Chinese authorities have indicated that they will stop cooperating with Washington in seven other areas, including those of security, defense and immigration. 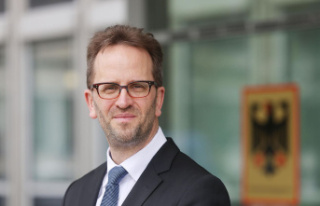