Coffin of the late monarch: Queen is laid to rest in English oak and lead

The coffin in which the late Queen Elizabeth II is now buried has been waiting for more than 30 years. 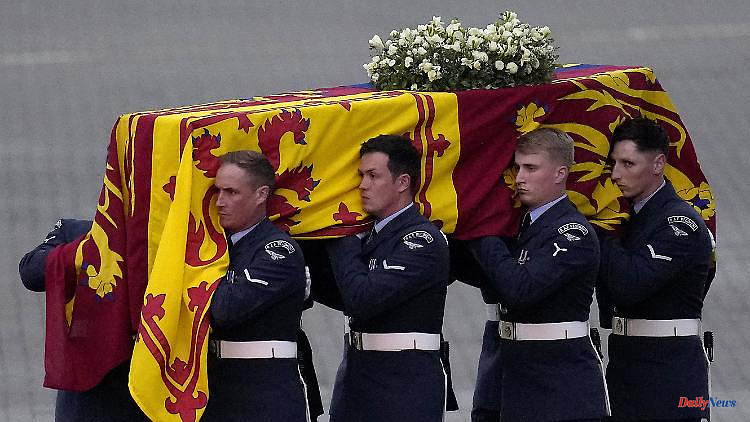 The coffin in which the late Queen Elizabeth II is now buried has been waiting for more than 30 years. A special mix of materials is supposed to enclose her mortal remains in an airtight manner. In order to be able to wear the insignia of the monarchy during the laying out, a particularly stable lid is required.

After the transfer of the body of Elizabeth II from Scotland to London, citizens can say goodbye to the Queen in Westminister Hall from Wednesday evening. According to a report, the laid-out coffin was made more than three decades ago and has some special features: According to information from the "Times", the Queen's coffin was made from English oak at least 32 years ago. This wood is now used less and less, most wooden coffins are made of American oak.

Following a royal tradition, the coffin is lined with lead. This helps preserve the body longer after being buried in a crypt, in the case of the Queen in the King George VI Memorial Chapel within St George's Chapel at Windsor Castle. The lead should seal the coffin airtight so that no moisture can penetrate. However, the metal makes the coffin significantly heavier. Eight pallbearers are needed for him. The coffin of Prince Philip, the Queen's husband who died in April 2021, also has such a lead lining.

The London company Leverton is the undertaker of the royal family

The public saw the Queen's coffin for the first time on Sunday. It was adorned with the Scottish Royal Standard and a wreath of white heather, dahlias and sweet peas from the gardens of Balmoral Castle, where Elizabeth II died on Thursday aged 96.

The coffin was laid out overnight at Holyroodhouse Palace in Edinburgh, Scotland, on Sunday, and was carried by a glass-enclosed hearse in procession with King Charles III on Monday. and other members of the royal family in St. Giles Cathedral. A Royal Air Force plane finally brought the coffin from Scotland to London on Tuesday, where it will be ceremoniously laid out in Westminister Hall for several days from Wednesday. After the funeral service at London's Westminister Abbey on Monday, the remains will be taken to Windsor. In the palace chapel there, the coffin will be placed next to that of Prince Philip.

1 "Faking Hitler" on VOX: Nazis, narcissists... 2 Eleven-day tour of Britain: How the Queen's body... 3 "Everyone is absolutely furious": is King... 4 Panic rocker shows stinky fingers: AfD wants to report... 5 After the Queen's Death: What Happens to Harry's... 6 'Both been through a lot': Drew Barrymore... 7 After the death of Queen Elizabeth II: Charles III.... 8 Involuntarily or not: sex tape made Kim Kardashian... 9 "Right award ceremony": Böhmermann wins... 10 While eating in the waffle house: US rapper PnB Rock... 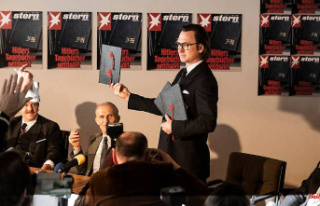