Coke, sex and his penis: Prince Harry also writes about this

A few days before the official publication of Prince Harry's autobiography, numerous details from the book are already known. 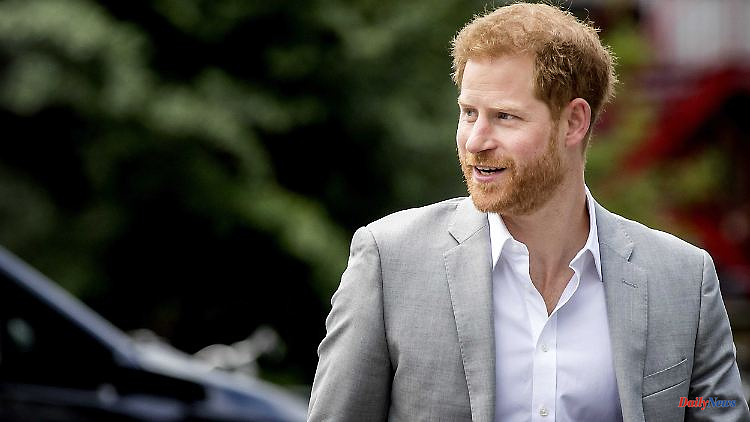 A few days before the official publication of Prince Harry's autobiography, numerous details from the book are already known. It's not just about the relationship between the 38-year-old and his family. Harry also has some risqué and rather risqué anecdotes up his sleeve.

Prince Harry's autobiography is causing a stir days ahead of its official release on January 10th. Finally, some copies were inadvertently pre-sold in Spain. According to consistent media reports, the book with the original title "Spare", which will be published in Germany under the name "Reserve", is also about the fact that Harry was offered cocaine when he was only 17 years old.

Specifically, Harry first came into contact with the drug during a hunting trip, reports "Sky News". Even if he "didn't enjoy it very much", the royal used cocaine several times. The drug made him "feel different and that was my main goal," Harry is quoted as saying. It goes on to say in "Spare": "I was a 17-year-old who was willing to try almost anything to change the previously established order." At least that's what he wanted to convince himself.

The daily newspaper "The Telegraph" is said to already have an issue of "Spare". According to her, Harry not only admits to using cocaine, but also to having smoked joints on numerous occasions.

Newspapers such as "Daily Mail" and "The Mirror" have other revelations ready, which are even slippery. Accordingly, Harry also describes his "first time" in the book - and with little restraint.

He is said to have had his first sex at the age of 17 with an "older woman". Harry does not reveal who it is, but among other things: "She was very fond of horses and treated me like a young stallion." And further: "A short ride. Then she gave me a slap on the bottom and sent me away."

The quickie is said to have taken place in the open air - on a meadow behind a busy pub. There was said to be no exchange of bodily fluids with said woman. Harry reportedly titled the relevant chapter in his book "Inglorious Episode".

If that's not too much information for you, the 38-year-old has more insights below the belt in store for you. For example, he chats about his penis - to clear up rumors that he is not circumcised. The "extensive" reports that he believes existed that his mother Diana banned circumcision are wrong, Harry clarifies and insists: "I was circumcised as a baby."

He also reveals that his birdie was mistreated during an expedition to the North Pole. Accordingly, he suffered several frostbites on the trip shortly before the wedding of his brother William and his wife Kate, including his limb. "When I got home I was horrified to find that my nether regions were also affected by frostbite," Prince Harry was quoted as saying by The Mirror. And further: "While the ears and cheeks were already healing, my dick wasn't."

His father Charles was very concerned about the frostbite on his face, the royal continues. In order not to worry about him any further, he concealed the fact that other parts of the body had also been affected. And because he was afraid that the press would get wind of his problems and report about them, he didn't tell anyone else about them at first.

The matter was not over when William and Kate walked down the aisle. "I was still recovering. I was in Westminster Abbey with my brother and I couldn't feel him," Harry writes in his book, according to British newspaper reports. Only after the wedding did he finally confide in a doctor.

It is to be feared that it has not yet been the case with overly intimate revelations from the prince. Finally, new interviews with Harry will also be broadcast on US television and British television at the weekend, in which a lot could also come up on the table.

1 Pogo on the home straight: Iggy Pop lets it rip again 2 Ironically, from Taliban leaders: war crimes allegations... 3 Thuringia: Distinguished Thuringians are honored with... 4 Bavaria: Start of the year in the cold Main: Drei-König-Schwimm... 5 North Rhine-Westphalia: Strikes in front of the club:... 6 Saxony: Refugee accommodation at the Dresden trade... 7 North Rhine-Westphalia: tapped conversation should... 8 Thuringia: Bad Liebenstein is investing in three major... 9 Bavaria: Man after threat and shot on tram in custody 10 Saxony-Anhalt: Magdeburg travel fair with over 100... 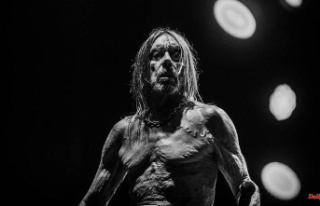