Johnny Depp returns to the big screen in 2023 with the costume film "Jeanne du Barry". 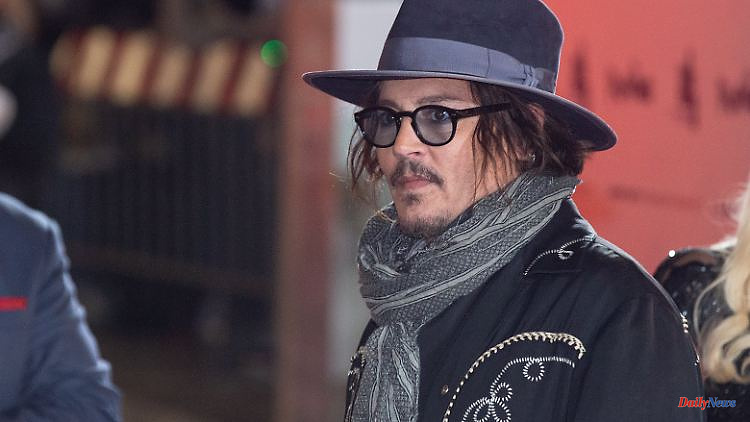 Johnny Depp returns to the big screen in 2023 with the costume film "Jeanne du Barry". The first scenes now show the star with a wig as the French King Louis XV. at the court of Versailles. Most recently, however, it was said that he showed airs on the set.

Later this year, moviegoers will be able to see Johnny Depp back in a major film role. In the historical drama "Jeanne du Barry" by director Maiwenn Le Besco, the 59-year-old slips into the skin of the French King Louis XV. The film magazine "Première" is now also showing a series of the first scenes from the costume film on Instagram. According to a report by the US magazine "People", "Jeanne du Barry" may celebrate its world premiere at this year's Cannes Film Festival in May.

In "Jeanne du Barry," Depp appears alongside director, lead actress, and co-writer Le Besco. The 46-year-old plays the film's title character, Jeanne du Barry, the last of the royal mistresses of Louis XV. at the court of Versailles. For the actor, who made the headlines last year with his legal disputes with ex-wife Amber Heard, it is the first feature film role in around three years. In 2020 he was last seen in the drama "Minamata". The other cast of "Jeanne du Barry" include Benjamin Lavernhe, Pierre Richard, Melvil Poupaud and Noémie Lvovsky.

Most recently, however, Depp is said to have attracted attention with his airs on the set. French presenter and actor Bernard Montiel explained on the talk show 'Touche pas à mon poste!' that the 'Pirates of the Caribbean' star often argued with Le Besco because of time problems. "It's going very, very badly. They don't get along at all, they yell at each other all the time," Montiel tweeted when discussing the time during filming.

"Johnny Depp is an excellent actor when he comes on set," continued Montiel. "Only sometimes the team is ready at 6 a.m. and nobody shows up." The director was then angry. "And the next day it's her who doesn't come and Johnny Depp is there," he added. "It's madness."

1 "Send it to me!": Jauch angry about body... 2 Good long-term returns: these are currently the best... 3 Significant plus for new contracts: building loan... 4 Retirement in seven steps: How to prepare for retirement 5 Electricity from the roof: This is now changing with... 6 Give with warm hands: This is how you give away wealth... 7 New support calculator: how much housing benefit can... 8 North Rhine-Westphalia: Wüst and three state ministers... 9 Mecklenburg-Western Pomerania: Anklam Volunteer Center... 10 North Rhine-Westphalia: Attacks on the fire brigade:... 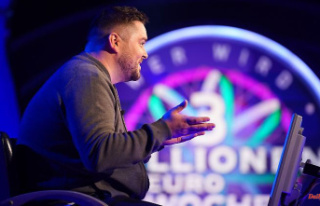