After a break due to the pandemic, the Comic Salon is taking place again in Erlangen. 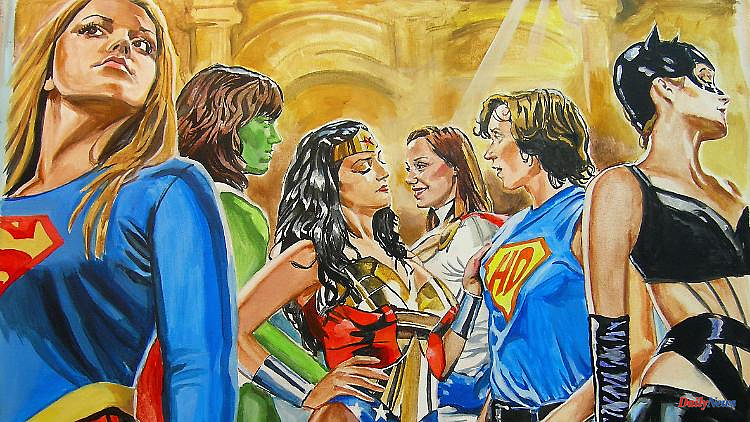 After a break due to the pandemic, the Comic Salon is taking place again in Erlangen. In addition to manga, superheroes and comic strips, he turns to new content: feminist comics. But there is much more than that. ntv.de presents the highlights.

Comic fans can't wait. After four long years, the doors of the International Comic Salon in Erlangen are opening again. The industry meeting, which takes place every two years anyway and is the largest of its kind in the German-speaking region, could only be streamlined and held online in 2020 due to the corona pandemic. Now there is a reunion in Franconia - and according to the organizer, the cultural office of the city of Erlangen, it is "more diverse than ever before".

Female, diverse and intercultural - this is how the salon presents itself from Thursday to Sunday. As was the case four years ago, most of the venues are grouped around the central Schlossplatz and the Schlossgarten - a wonderful festival in the countryside that offers something for everyone: from the Disney drawing course to the cosplay competition to the lecture on "Self-embodiment as a gender-sensitizing reflection tool in comic analysis and comic production".

The centerpiece, however, are the 20 exhibitions throughout the city area, which set the pace and set the themes. These are deepened in more than 200 panel discussions and lectures, workshops and films, readings and book signings with around 400 artists. In the meantime, publishers will be presenting themselves at the fair, as well as draftsman collectives and graphic design courses at universities. You can find the entire program here.

But where are the focal points, which artists appear, what is particularly noteworthy? ntv.de presents a few highlights.

The German comic scene is unthinkable without its artists. Barbara Yelin or Anna Haifisch, Birgit Weyhe or Aisha Franz, Sarah Burrini or Daniela Schreiter have helped to shape and shape German comic art in recent years. Even though female artists have always been present at previous comic salons, this year's focus will be particularly emphasized. For example, through the extensive exhibition "Role Models - Feminism in Comics and Illustration", in which 30 artists approach the eponymous topic.

There are also solo exhibitions on Liv Strömquist, a star of feminist comics, Catherine Meurisse, who only survived the attack on the magazine "Charlie Hebdo" by accident in 2005, and the German artists Birgit Weyhe, Anna Haifisch and Daniela Schreiter - the latter is the subject of her successful comic strips her autism.

The highlights should also include the artist talk with Strömquist and a discussion with the award-winning Austrian illustrator Uli Lust and the Latin American artist Powerpaola. A working group has taken on a special project: at three meetings during the Comic Salon, they want to create Wikipedia entries on female artists and thus make them more visible. In addition, the salon also widens the view of the representation of queer people in comics. There is an artist talk with Steven Appleby (in English), whose comic "Dragman" is about a man who gets superpowers from wearing women's clothes.

It may not be an explicit focus, but dealing with the Holocaust and anti-Semitism runs like a red thread through the program. This includes the exhibition "But I'm alive. Remembering the Holocaust" in the Erlangen City Museum (runs until the end of August). In the accompanying book, which will be published by Beck in July, three artists trace the lives of people who survived the Holocaust as children. One of them is David Schaffer, whose family was deported to Transnistria in 1941. The artist Miriam Libicki has processed his life artistically, both will present the project on Saturday.

For young readers it is worthwhile to present the comic "Very meschugge?!" (Carlsen) by Melanie Garanin and Andreas Steinhöfel, which is based on a successful KIKA series. It is about three students whose friendship is put to the test when one of them receives a Star of David from his grandfather, discovers his Jewish roots and is henceforth exposed to hate and hate speech. But how will his friend Hamid, who fled Syria, react?

A lecture will also shed light on how Jewish artists influenced the history of comics. And there are quite a few: the inventors of Superman, for example, Marvel genius Stan Lee or "Asterix" author René Goscinny. And Will Eisner: the Kunstmuseum has dedicated a comprehensive retrospective to the pioneer of entire generations of illustrators, with numerous originals that trace his path from the superhero "The Spirit" to his graphic novels such as "A Contract with God". A really worthwhile show. The exhibition catalog has been published by Avant, and Carlsen has also reissued Eisner's last book "The Conspiracy - The True Story of the Protocols of the Elders of Zion".

As at every comic salon, a country is the subject of a focus this time: ten artists from the Democratic Republic of the Congo present themselves in the multimedia exhibition "Popular Images". They also appear at several discussion groups. The Institut français is also presenting the exhibition "Kubuni. Comics from Africa".

An extra festival is called "Kids love comics!" dedicated to children's comics; it runs for the duration of the Comic Salon. A number of books are now aimed at the young target group, publishers such as Reprodukt, Kibitz, Egmont Bäng! or Loewe Graphix have developed corresponding programs.

At the Erlangen ZAM - Center for Exchange and Doing - there are now around 50 individual events to discover and participate in (and with free entry). This is how artists present their comics, but at the same time the children are invited to try them out for themselves. There is also an escape room adventure inspired by the comics about the ghost hunter Alan C. Wilder. Readings, for example of the comic adaptation of "The Three ???", are aimed at older children and young people.

In addition to these focal points, there are many events and book publications that are worth taking a look at.

Traditionally, the Max and Moritz Prize, the most important comic prize in the German-speaking world, is presented at the comic salon on Friday evening in the Markgrafentheater. There are 8 categories and 28 nominated books, but only one winner has already been determined: the Japanese mangaka Naoki Urasawa is honored with the award for an outstanding lifetime achievement. A drop of bitterness: He will not be in Erlangen. His work is available from Carlsen, where he recently started his new series "Asadora".

In addition to a number of German-speaking artists, there are also stars from abroad: Émile Bravo presents the final volume of his extremely successful Spirou series "Spirou oder: die Hoffnung", which deals with the German occupation of Belgium and the Holocaust. The Japanese Eldo Yoshimizu presents his work in an artist talk.

It would have been good to have dealt more with the war in Ukraine at the Salon. But the preparation time was probably too short for that. In Erlangen, however, the Ukrainian illustrator Anna Sarvira, who is currently living in Germany, will speak about the war and her exile (in English).

The well-known Turkish journalist Can Dündar is familiar with life in exile. Together with the artist Mohamed Anwar, he traces the career of the incumbent president, who is increasingly transforming Turkey into an authoritarian Islamist country, in "Erdoğan - Eine Graphic Novel" (publisher Correctiv). Both present the book in Erlangen.

Lucky Luke is a perennial favorite at the comic parlor. In the meantime, two German artists have brought the cowboy to life: Mawil and Ralf König. Together they will present their books in Erlangen on Thursday. The publisher Egmont also presents "The Big Lucky Luke Lexicon".

And while we're on the subject of young artists: Visit exhibition hall C, where the artists' association Comic Solidarity presents many events. For example, on Friday, Jeff Chi reads from his must-read biography, Who's the Scatman?, recently published by Zwerchfell. about Scatman John.

Also stop by the castle garden on Sunday at 11 a.m. Then the Orchester Miniature in the Park will perform - the musicians will play their sunny pop songs on children's instruments. A good mood is guaranteed. 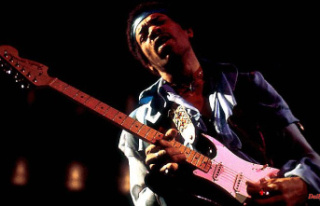 'One of the Most Valuable Pieces': Hendrix's...