The Russian army's attacks are mainly concentrated on the Donbass in eastern Ukraine. 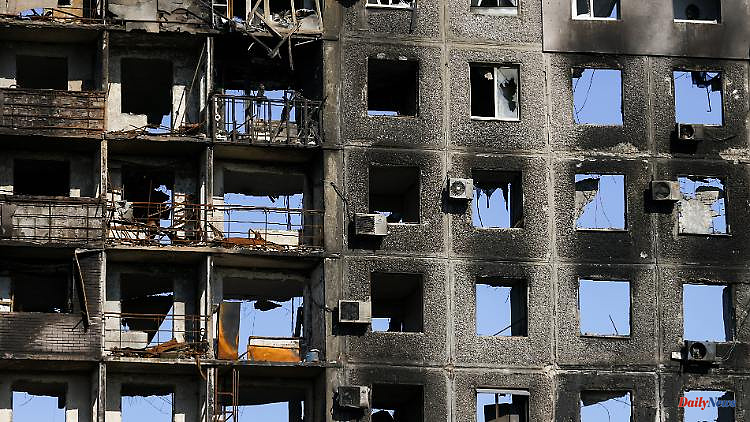 The Russian army's attacks are mainly concentrated on the Donbass in eastern Ukraine. As President Zelenskyy explains, the region has been leveled to the ground. "It's hell, and that's no exaggeration," he says.

Ukrainian President Volodymyr Zelenskyy has described the situation in Donbass as "hell". The army continues to work on the liberation of the Kharkiv region, said Zelenskyj in his evening video address. "But in the Donbass, the occupiers are trying to increase the pressure. It's hell there, and that's not an exaggeration," the president continued. The Donbass was "completely destroyed". Fighting between Russian and Ukrainian troops continued, especially in eastern Ukraine in the Donbass.

The command of Ukrainian forces in the region reported Thursday that 14 enemy attacks had been repelled. The information cannot be verified. Numerous civilian fatalities were once again recorded. According to the authorities, five people were killed in the Donetsk region alone.

Zelenskyj also described the recent military aid from Western countries to Kyiv as an investment in their "own security". "For our partners, these are not just expenses or a donation," said the head of state. "Protecting Ukraine means protecting itself from new wars and crises that Russia can unleash."

The US Congress on Thursday approved a $40 billion package to support Ukraine's war effort against Russia. In Bonn, the G7 finance ministers are currently adding up the additional billions that each country could pay to Kyiv.

Meanwhile, according to Russian sources, more than 1,700 Ukrainian defenders have been taken prisoner in the besieged Azov steelworks in the largely destroyed port city of Mariupol. Selenskyj avoided the word capitulation in his speech. Instead, he promised to do "everything to ensure that the most influential international forces are informed and, if possible, involved" in the rescue of our heroes.

According to the deputy commander of the Azov Brigade, Svyatoslav Palamar, the officers are still in the tunnels of the sprawling industrial complex. Kyiv hopes for a prisoner exchange. However, Russian authorities have repeatedly emphasized that at least some of the prisoners are not seen as soldiers but as neo-Nazi fighters. 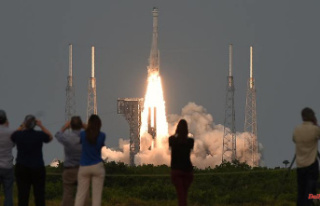