It will be a unique event in every respect. 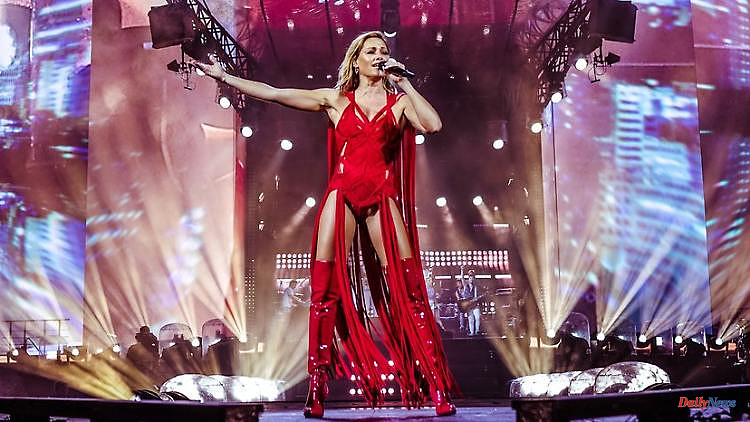 It will be a unique event in every respect. In a week and a half, Helene Fischer will be giving her only Germany concert this year. Up to 150,000 fans are expected in Munich. But that's not the only reason why it will be a show of superlatives.

In 2023 Helene Fischer will go on a big arena tour again. But this year the hit queen is actually only giving one concert in Germany. The show on August 20th on the open-air grounds of the Munich Exhibition Center will also be the biggest of her career to date. At the mega-event, one superlative follows the next.

At a show that "folk rock'n'roller" Andreas Gabalier delivered on August 6th in the Bavarian capital, one could already guess how the concert scenery would also affect Fischer. The Austrian reviewed his performance on his Instagram account. "For eternity," he wrote about two photos that show him on the gigantic stage in front of a sea of ​​spectators. In addition to Gabalier and Fischer, Robbie Williams will be the third star to appear on the open-air site of Messe München in 2022. His concert is on August 27th.

A stage was built for the three events that has never existed in Germany before. At 150 meters, the stars can put on a huge show. The construction work for the spectacle began in July. The organizer, the Leutgeb Entertainment Group, gradually took the fans along and documented the creation of the huge stage on Instagram.

The "Süddeutsche Zeitung" was able to take a look behind the scenes at the beginning of August. 5000 spotlights ensure the right lighting. The stage is open at the top. If it rains, there is a second level under which the musicians can shelter. And if it stays dry, you can reach them by stairs or elevator and heat up the fans from there.

Not only the stage is huge, but also the space available for the spectators: 150,000 fans have space on the site. At least 90,000 fans celebrated with Andreas Gabalier. At the beginning of August, 130,000 tickets were already sold for Helene Fischer. At the online retailer Eventim, there are currently only particularly high-priced premium and VIP tickets. It is not unlikely that Fischer will eventually fill the area completely.

According to the "Süddeutsche Zeitung", 5,000 employees are taking care of the project, and 500 articulated lorries drove the equipment to the event location. The safety of the visitors is very important to him, assures organizer Klaus Leutgeb. 500,000 euros were spent on the lightning protection system alone.

In the huge backdrop, will you still be able to recognize Helene Fischer as a single fan on stage? In any case, nobody should be more than 168 meters away from the stage. 18 speaker towers ensure the right sound.

The concert doesn't start until 8 p.m., but admission to the event site starts at 12 noon. In order to pass the time until Helene Fischer's show, there is a so-called adventure area, where numerous drink and food stands lure.

The event also takes place in bad weather. Visitors should therefore think of rain protection. Other recommended souvenirs are hearing protection, sunscreen and sturdy shoes. On hot days, it is also essential to drink enough water. Well prepared, nothing stands in the way of attending the largest Helene Fischer concert to date.

1 "We owe her great literature": Özdamar... 2 It has been overturned: why the time for manual transmissions... 3 Mecklenburg-Western Pomerania: Drese wants "exact... 4 Mecklenburg-Western Pomerania: woman found dead: three... 5 North Rhine-Westphalia: Catalyst thief is trapped... 6 Lowering taxes against inflation? A good idea with... 7 "One could very casually speak of botch" 8 US climate package passed: Top climate researcher... 9 She preferred to work "on paper", says the... 10 FBI with ex-presidents: Torn slips of paper, dictator... 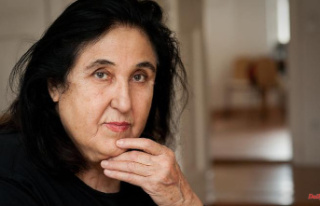 "We owe her great literature": Özdamar...