Why ? With what direct or indirect complicity? Four days after the fact, investigators are focusing on the circumstances of the death of history and geography professor Samuel Paty, brutally murdered in Conflans-Sainte-Honorine (Yvelines), where a white march is scheduled for Tuesday at the end of the day. 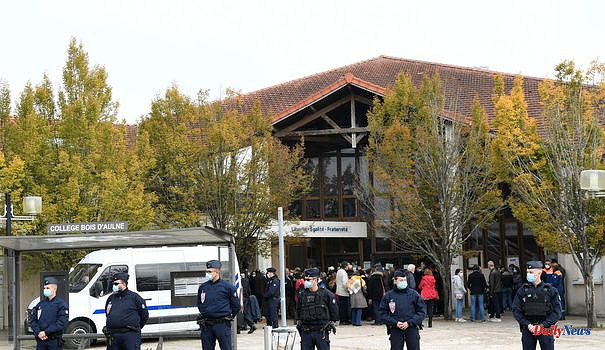 Why ? With what direct or indirect complicity? Four days after the fact, investigators are focusing on the circumstances of the death of history and geography professor Samuel Paty, brutally murdered in Conflans-Sainte-Honorine (Yvelines), where a white march is scheduled for Tuesday at the end of the day. -midday.

Tuesday mid-morning, 16 people were in custody, including five college students, to understand how the assailant, the 18-year-old refugee of Chechen Russian origin Abdoullakh Anzorov, was able to find and easily identify his target before killing him. near its establishment in Conflans-Sainte-Honorine.

Heard for the first time on Sunday before being released, a schoolboy was again taken into custody on Tuesday. According to a source familiar with the matter, "one or more college students" designated the assailant the history and geography teacher, a priori in exchange for money.

READ ALSO >> Conflans attack: the gray areas of the investigation

The killer's family circle is also still questioned by the police, as well as the father of the student who called for mobilization against Samuel Paty and the man who had accompanied and supported him, the sulphurous Islamist activist Abdelhakim Sefrioui.

The two men are implicated for having published videos on social networks denouncing and quoting Samuel Paty by name because he had organized a debate in his class on caricatures, showing some of Muhammad. These videos would have inspired the killer.

The assailant is an 18-year-old Chechen Russian, born in Moscow. Known for a common law background, he has never been convicted. He was not known to the intelligence services for radicalization, according to several sources familiar with the matter.

The anti-terrorist police are particularly interested in messages exchanged on WhatsApp messaging between the assailant and the parent of the student, currently in police custody, who had called for mobilization after the course on freedom of expression given by Samuel Paty on October 5.

According to BFMTV, only a few days before the action, they had exchanged messages. On Monday, the channel had already revealed that the assailant, Abdoullakh Anzorov, had contacted the father who had tried to suspend the college teacher, and Abdelhakim Sefrioui, the Islamist activist who accompanied the student's parent. He wanted to find out what had happened in the classroom earlier in October.

According to the JDD, the assailant went to the Bois-d'Aulne college with the help of a relative who took him by car. This same relative showed up at the police station on his own on Friday. He assures that he was not aware of the attack plan. The police also heard another person who was present when Abdullakh Anzorov bought the dagger which was found by the police on his bullet-riddled body. However, it is not the murder weapon. After recognizing the teacher, Abdoullakh Anzorov would have waited until he was away to kill him with several stab wounds, before beheading him, says Le Parisien.

At 5:11 p.m., the police officers of the Conflans-Sainte-Honorine anti-crime brigade were called by the municipal police officers of Eragny-sur-Oise, in the Paris region, who discovered the body of a decapitated man on the public highway, reported on Saturday the prosecutor of the national anti-terrorism prosecution (PNAT), Jean-François Ricard.

READ ALSO >> "We are collapsed": the educational world in shock after the attack in Conflans

A witness almost witnessed the assassination of Samuel Paty, perpetrated 40 meters from his home, recounting having seen the alleged murderer "sending photos of his heinous act on social networks", according to his remarks to the LCI continuous news channel. Jean-François Ricard explained that the investigators had found in his mobile phone the text of demand sent on Twitter. This text was written at 12:17 p.m. They also discovered the photo of the victim's head sent at 4:57 p.m. on Twitter. This photo was accompanied by a message addressed to Emmanuel Macron, "the leader of the infidels", explaining that he wanted revenge on the one "who dared to belittle

Upon arriving, the police try to arrest a man who shoots in their direction "five times" with "a handgun", continued Jean-François Ricard. The police retaliate, the aggressor succumbs to "9 impacts". He was armed with an Airsoft type BB gun and a dagger. According to Jean-François Ricard, the man tried to get up and stab the police.

The Minister of the Interior declared that 51 associations close to "radical Islamism" were in the crosshairs of the authorities and announced that several of them will be dissolved in the Council of Ministers, citing by name the Collective against Islamophobia in France (CCIF) and the humanitarian association BarakaCity.

READ ALSO >> Conflans: what is Baraka City, the NGO in the sights of the authorities?

BarakaCity has already announced that it will challenge such a measure in court, while the CCIF has firmly rejected any relay of messages that circulated concerning Samuel Paty before his assassination. Both associations firmly deny any extremist leanings.

Interior Minister Gérald Darmanin wants to act quickly on his side, and announced on Monday that he had asked the prefect of Seine-Saint-Denis to close the Pantin mosque, who had notably relayed on his Facebook page a video denouncing the course on Muhammad caricatures by Samuel Paty.

At the National Assembly, where a minute's silence was observed in memory of the beheaded professor, Prime Minister Jean Castex announced the forthcoming creation of a "crime of endangerment by the publication of personal data" on the internet in order to "take up the topic" of online hate. A previous bill by LREM MP Laetitia Avia had been partially rejected by the Constitutional Council.

In the morning, the Minister Delegate for Citizenship Marlène Schiappa had received the French bosses of social networks and platforms to call them "responsible" in the face of cyber-Islamism. 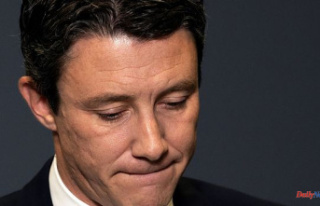 Griveaux said he sent "between five or six videos"...