Johnny Depp and Amber Heard have made wild accusations at each other in their defamation lawsuit. 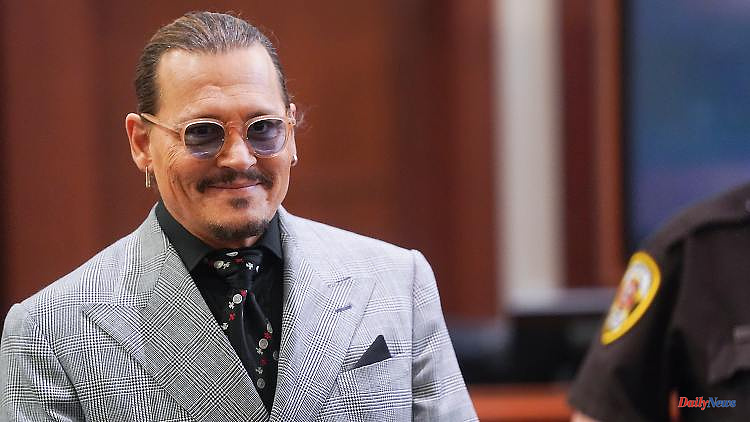 Johnny Depp and Amber Heard have made wild accusations at each other in their defamation lawsuit. Now it's up to the jury to reach a verdict. It is actually already clear: The "Pirates of the Caribbean" star is at least the winner of the heart.

Anyone who hasn't been living under a rock for the past few months can't avoid the defamation trial between Johnny Depp and Amber Heard. The Hollywood star and his ex-wife, who separated in 2016, accuse each other of domestic violence, including alcohol and drug escapades, a severed fingertip and human feces in the bed. At the heart of the proceedings is a 2018 comment by Heard for the Washington Post. When she made allegations of domestic violence public "two years ago," she felt "the full force of our culture's anger toward women," "who speak up," Heard wrote at the time.

Depp then sued his ex-wife for $50 million in damages. Because although Heard didn't explicitly mention his name in the article, of course everyone knew who it was aimed at. Depp claims the post ruined his career, damaged his reputation and cost him a lot of money as a result. Heard insists the comment wasn't about her ex-husband. She also filed a $100 million counterclaim against Depp. The 36-year-old accuses him and his divorce lawyer Adam Waldman of having defamed their allegations in a smear campaign as "fraud". This in turn harmed her career.

If the jury, currently deliberating, concludes that the Hollywood star did in fact abuse his ex-wife — even if it happened just once, and even if the violence was directed by her — then Heard's article was technically ok not defamatory and his lawsuit collapses. The same applies if they believe that Depp's career has stalled for other reasons - such as his heavy alcohol and drug use, which was repeatedly mentioned in the process.

In the end it all depends on the evidence, but it's ambiguous. Unlike Depp, Heard has previously been arrested for domestic violence against an ex-girlfriend. In audio recordings played to the court, the 36-year-old also admitted hitting Depp in the face. On the other hand, there are no eyewitnesses to the alleged physical violence against Heard, there are statements against statements. Because although injuries to Heard can be clearly seen in the pictures, they do not necessarily have to come from Depp.

Heard's lawyers see it differently. The fact that the actor threw his ex's clothes racks through the penthouse in anger or smashed kitchen cabinets while drunk is also a type of domestic violence, Heard's attorney Ben Rottenborn said in his closing arguments. He previously reminded the jury, "Once he abuses her, Amber wins."

One thing is certain: neither of them really "won" in this media-exploited process. Depp and Heard's public perception has become inseparable from the many sick stories that have come to light during the trial. Heard will always be the one who (allegedly) pooped in her ex's bed, got violent himself, and may have just drawn an injury or two on himself. And Depp will always be the one who insulted his ex-wife in the worst possible way, passed out on the toilet while drunk - and maybe just a brutal woman beater.

But regardless of whether Amber Heard told the truth about her allegations or not - with her key statements in her "Washington Post" comment, she hit the mark. The real losers in this process are survivors of domestic violence. The portrayal of her as a sick liar who seeks personal gain by making false accusations against a famous and wealthy man accurately reflects the myth that women routinely invent rape to exact revenge. According to this, sneaky women are lurking on almost every corner, just waiting to wrongly accuse men of sexual assault.

In fact, false allegations of sexual violence are extremely rare. In Germany, the proportion of reported rapes is around three percent, in the USA it is five percent. However, it is particularly important to emphasize that only a fraction of all cases of sexualized violence are reported - in Germany it is around 15 percent, in the USA around 10 percent. This puts the real number of false allegations closer to 0.5 percent.

Even if Depp is blameless, the arguments his fans are using in support of him are both dubious and troubling. By claiming that he couldn't possibly be a perpetrator because he's a Hollywood star and handsome at that, they imply that domestic violence can only happen at the hands of ugly monsters. In other words, if your partner doesn't immediately recognize the threat, she's not very smart, or at least very gullible.

The question of why Heard stayed with him despite the alleged abuse is also often used by skeptics, but is misleading. Because the continuation of the relationship is no proof of Depp's innocence. The hashtag since 2018 at the latest

Johnny Depp's career took a hit in the wake of the scandal, no question. He lost his most lucrative role to date in the Pirates of the Caribbean franchise, and he was also replaced in Fantastic Beasts. But the 58-year-old is much more likely to survive the damage to his reputation than Amber Heard. He enjoys much more public support than his ex-wife, despite losing a similar lawsuit in 2020 against Britain's The Sun, which called him a "wife hitter."

This is not only noticeable in the large number of fans who dressed up as Captain Jack Sparrow and protested in front of the court with "Justice for Johnny" signs. His famous ex-partners have also given him a leap of faith. The father of two also cut a better figure on the witness stand: He made the room laugh, giggled with his lawyers, played with the camera and reacted with facial expressions and gestures to everything that happened around him. The message to the jury and to the audience was clear: Heard's allegations are not to be taken seriously.

Experts such as US trial adviser Huntley Taylor agree that it is Heard's credibility alone that is "of the utmost importance in jury decisions". But many observers deny the credibility of the 36-year-old. Her performances are too theatrical and she uses quotes from the film, it is said. "Unfortunately, when she talks about actual incidents of violence, her comments vary from victim to actress, and that's a really big issue for her," Brett Ward, a marriage and family law attorney, told Insider. Some of their statements have a tendency to sound "like a monologue".

Unlike the London trial, the fate of the two parties now rests in the hands of seven jurors rather than just one judge. It remains to be seen which side was more credible for them on the witness stand and whether they find it easier to make a fact-based decision because they are not inundated with lurid content on social media on a daily basis. But this much is already clear: Regardless of the verdict, Amber Heard is once again the loser in public perception and Johnny Depp the winner of hearts.

1 Irissarry: Two piglets killed in a field. The breeder... 2 Soccer. Marseille was suspended by the DNCG 3 Police take Philippe Marini, LR mayor of Compiegne,... 4 Charente-Maritime: A motorcycle that is embedded under... 5 Confusion with turkey: Turkey no longer wants to be... 6 French team. After the death of his father, Didier... 7 According to Ukrainian justice, there were 'a... 8 Legislative: Together! According to a poll, the lead... 9 Rugby / National For two years, the SOC is looking... 10 "Raffut", a rugby media from "Sud Ouest",... 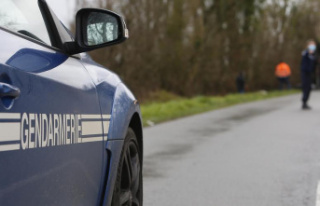 Irissarry: Two piglets killed in a field. The breeder...