Waves of Covid-19 contamination follow one another in Europe. 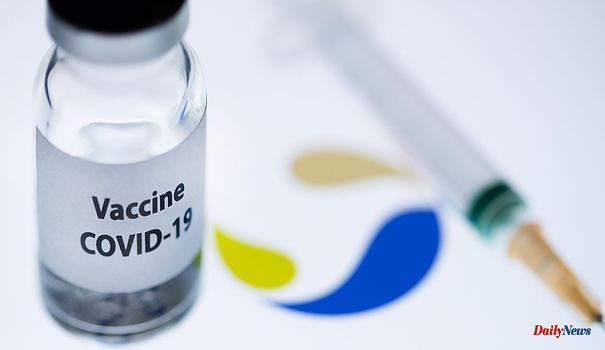 Waves of Covid-19 contamination follow one another in Europe. In France, since the peak of the 7th wave was reached, the epidemic has continued to slow down. In one week, hospitalizations fell (-34%), including for critical care alone (-29%), while 33,799 cases were detected on Thursday, against more than 50,000 a week earlier.

In order to anticipate a possible resurgence of the epidemic in the coming months, the European Union intends to complete the range of vaccines available to member countries to "guarantee a maximum level of preparation as the months of autumn and winter approach. 'winter," Health Commissioner Stella Kyriakides said in a statement. “An increase in vaccination and the administration of booster doses will prove essential in the coming months,” she added.

The European Commission announced on Tuesday August 2 the signing of a contract to acquire up to 250 million doses of the anti-Covid vaccine developed by the Spanish pharmaceutical firm Hipra, which is still awaiting approval by the European regulator. L'Express takes stock of the various vaccines that should arrive on the market, and those that are already present.

The vaccine developed by Hipra, described as "a bivalent recombinant protein vaccine", is being evaluated by the European Medicines Agency (EMA) based in the Netherlands. Made from the Alpha and Beta variants, it is intended as a booster dose for people aged 16 or over, the European Commission says. This vaccine is kept refrigerated, between 2 and 8°C, which facilitates its storage and distribution in Europe and throughout the world.

In a press release published on July 19, Hipra assures that an "increase in neutralizing antibodies against Omicron BA.2, BA.4 and BA.5 was observed 14 days after administration of the vaccine as a booster dose in participants previously vaccinated" with two doses of Pfizer/BioNTech or Moderna vaccine. However, we do not yet have more precise efficacy rates, either against infection or against serious forms. If this vaccine receives a marketing authorisation, the fourteen EU countries participating in the joint procurement will be able to purchase it through the framework contract already in place.

Sanofi is developing a recombinant protein vaccine, which uses the spike protein of the virus as an antigen to help the body recognize it. The French laboratory, which has still not marketed a vaccine against Covid-19, has recorded encouraging results for this new generation vaccine candidate used as a booster dose against Covid-19 during two clinical trials on this serum that he is developing jointly with the British GSK, he announced on June 13.

Data from a phase III study (the last before marketing) on ​​the vaccine candidate shows that it induced a "significant increase" in the concentrations of neutralizing antibodies, compared to the concentrations preceding the administration of the booster dose, specifies Sanofi in its press release. This increase in the immune defense was confirmed "against multiple worrying variants" in adults who had been vaccinated with messenger RNA vaccines, the vaccines developed by Pfizer/BioNTech and Moderna.

Preliminary data show a 40-fold increase in neutralizing antibody concentrations against the Omicron variant BA.1 subline. In addition, Sanofi points out, the next-generation booster vaccine candidate has doubled the number of neutralizing antibodies against Omicron's BA.1 and BA.2 sublines, compared to the booster vaccine based on the original strain of the virus. .

In a press release published on June 24, the French group affirmed that a booster dose of its vaccine proved to be 72% effective (confidence interval between 45.8 and 86.6%) against symptomatic forms with the Omicron variant. In people who have already had Covid-19 and therefore also benefit from “natural” immunity, this protection rose to 93.2% (confidence interval between 73.2% and 99.2%). However, this study did not focus on the BA.5 sub-lineage of the Omicron variant, which is ultra-majority in France, but the effectiveness of current vaccines seems similar against each Omicron sub-variant.

While this vaccine has been under continuous review since July 2021, Sanofi submitted a marketing authorization application to the EMA in March 2022. Sanofi and GSK developed this new vaccine candidate in conjunction with the regulatory evaluations currently undergoing their first-generation vaccine candidate.

The European Medicines Agency announced on June 15 the launch of the review procedure for a modified version of Pfizer's Covid-19 vaccine to better protect against specific variants of the virus, mainly Omicron. It is made from the original strain of the virus and the BA.1 variant initially, recalls Le Parisien. This so-called "adapted" vaccine resulted in "significantly higher neutralizing antibody responses against Omicron BA.1" than the one currently used, according to a press release from Pfizer published on June 25. On the other hand, the impact is less against BA.5 than against BA.1, with antibody titers three times lower.

Pfizer and its partner BioNTech announced on July 19 that they had transmitted their data to the EMA. Three days later, she announced that she had started her assessment. The EMA's ongoing review will continue until there is sufficient data for a formal application to market the drug within the EU, the EMA had said on June 15.

Moderna has also started the process of reviewing a modified version of the Covid-19 vaccine to, again, better protect against the Omicron variant. Among participants who had never had Covid-19, the vaccine adapted to Omicron BA.1 "resulted in significantly higher neutralizing titers against BA.4/5 compared to (that) currently authorized", advanced Moderna in a statement issued on July 11. After a month, these were almost twice as high. Regarding the other bivalent vaccine candidate, based on the original strain of the virus and, this time, on the Omicron BA.5 variant, we do not yet have data, recalls Le Parisien. Like that of Pfizer/BioNTech, Moderna's adapted vaccines have been officially under evaluation by the EMA since July 22.

To date, the EMA has approved the use of six vaccines within the European Union: messenger RNA vaccines from the American groups Pfizer and Moderna, those from the Swedish-British laboratory AstraZeneca and its American competitor Johnson

On June 24, the European Commission authorized the vaccine from the Franco-Austrian biotech Valneva, the day after the green light from the European Medicines Agency. Valneva's inactivated vaccine has been authorized for use as a primary series in adults aged 18 to 50 years. VLA2001 is the first vaccine approved in Europe using traditional inactivated virus technology which the biotech says could win over reluctant unvaccinated people to newer messenger RNA technology.

But Valneva has multiplied the setbacks with its vaccine: in September 2021, the British government, which had placed an order for 100 million doses, terminated its contract. A disappointment for the company which had caused its stock price to fall. Another blow on July 20 when the European Union massively reduced its order, to 1.25 million doses, far from the 60 million doses provided for in the initial contract, leading biotech to suspend production. The biotech is giving itself until the end of the summer to find new orders, in order to determine the future of its program. 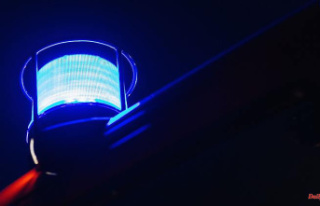