Covid-19: the scientific council about to bow out

Born in mid-March 2020, at the request of Emmanuel Macron, this ad hoc committee of around ten scientists, chaired by Professor Jean-François Delfraissy, will leave the stage on July 31. 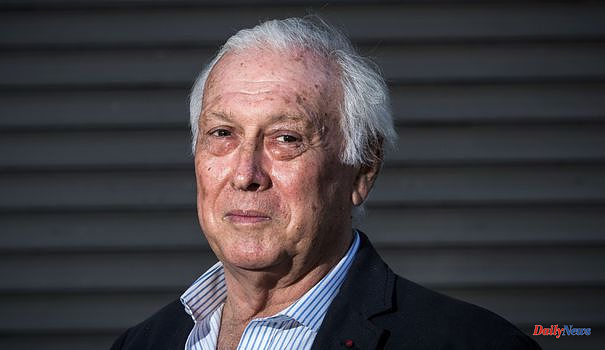 Born in mid-March 2020, at the request of Emmanuel Macron, this ad hoc committee of around ten scientists, chaired by Professor Jean-François Delfraissy, will leave the stage on July 31. France will then officially end the state of health emergency, while the seventh epidemic wave seems to be in a descending phase and the executive insists that we must learn to “live with” the virus.

The final opinion of the Scientific Council, around fifty pages published on Wednesday and entitled “living with variants”, is not intended to be “a testament, nor a feedback even though the epidemic is not over”, but rather a "compass".

For two years and four months, accompanied by "more than 300 meetings" and multiple interventions in the media, its members issued advice, in particular nearly 90 opinions or notes on the health situation and the means of countering epidemic waves.

"A very united group" which "shared many defeats but also successes", maintained "sometimes complex relations with politics" and cultivated its "independence", "gradually learned to have humility and to say , at certain times, that we did not know”, summed up Professor Delfraissy during a virtual press conference with the air of “goodbye”.

The executive is far from having always followed their recommendations, or else delayed for certain confinements. It has also delayed several times in issuing its opinions.

Two and a half years after the start of an "unprecedented crisis", the Council outlines scenarios for the coming months, because the pandemic "is not over".

For the health authority, a gradual decrease in the impact of SARS-CoV-2 is possible, thanks to the immunity of the population post-vaccinations and post-infections, but with “peaks of circulation of the virus in the short term ".

At the same time, it alerts to several "points of attention": the "public health problem" of long Covid, mental health, "hospital exhaustion" with "deleterious effects on care" and on the response to future epidemic waves, the situation of the "fragile and precarious", immunocompromised, elderly.

“Certain population groups have been and remain particularly exposed to the risk of serious forms”, underlined the anthropologist Laetitia Atlani-Duault, pleading in particular for a “bubble of protection” for the immunocompromised. And "we remain very concerned about the mental health of adolescents and young adults," said child psychiatrist Angèle Consoli.

The situation overseas but also in the poorest countries also remains worrying, according to the Council.

After the end of July, a "committee for monitoring and anticipating health risks", beyond the Covid, must take over.

As "the risks evolve", "not only infectious but also linked to the quality of air, water and land, to the impact of climate change", the Minister of Health François Braun considers "essential (...) a permanent committee, made up of various scientific disciplines" and following the "One Health" approach, "which considers human, animal and plant health together in a healthy environment", according to his cabinet.

The government has yet to formalize the creation, a priori by decree, and the composition of this body placed under the Ministers of Health and Research. It is not excluded that some members of the Scientific Council are part of it.

The health authority insists, in its latest opinion, on the desirable "multidisciplinarity" of the future committee, the importance of the human and social sciences or the links with research.

He also suggests the creation in the fall of a "Science Council", a group of high-level scientists, to enlighten the executive "on the progress of science, regardless of the crises".

The pilot of the successor to the Scientific Council is not yet known, but it will certainly not be Jean-François Delfraissy.

“I have only thought of Covid for 24 months, it is time for a new vision, it is time to hand over”, slipped at the end of June this immunologist who will remain one of the figures of the health crisis. .

1 Shipping: tug drives against Kattwykbrücke: road... 2 RKI weekly report: More corona patients in the intensive... 3 War in Ukraine: Russia accused of deploying missiles... 4 Who is Ilia Iachine, the Russian opponent detained... 5 On the death of Uwe Seeler: world champions in the... 6 Car boss without petrol in his blood 7 Football: equal pay in football? Top-class sport does... 8 Are Happy Days Coming Back to the Stock Market? 9 Covid-19: why is treatment against BA.4 and BA.5 reserved... 10 Inside VC – Invest like the smartest 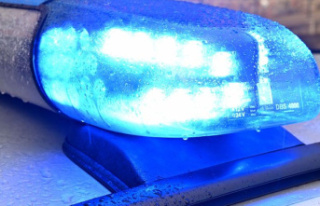