Covid-19: the three scenarios of the Scientific Council on the evolution of the epidemic at the end of 2022

The Covid-19 pandemic "is not over", warns the Scientific Council. 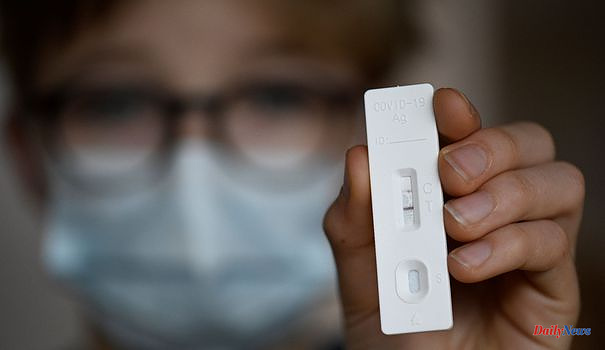 The Covid-19 pandemic "is not over", warns the Scientific Council. However, we will have to "live with the variants", as indicated by the title of its latest opinion, published this Wednesday, July 20. A strategy that has been taking shape since the arrival of Omicron. For good reason, the body expects a gradual decrease in the impact of SARS-CoV-2, "without predicting the absence of peaks in the circulation of viruses in the short term".

The text reveals that the peak of the BA.4/BA.5 wave is “on the way to being reached in France”, but fears future “epidemic outbreaks associated with the emergence of new variants, more accentuated in the autumn period. winter". For the moment, he cannot predict which variant will be dominant at the start of the school year, but hopes that the immunity of the population acquired both by the vaccine and by previous infections will allow "increasing protection against severe forms".

In the medium term, the body suggests “successive adaptations of vaccines” in the event that the next waves prove to be more severe. But in a shorter timeframe, the Council is developing three scenarios.

In the first, he envisages "a succession of epidemic waves linked to the emergence of sub-variants of Omicron", with a lesser impact on hospitals than at the start of the health crisis. A scenario that France is currently experiencing.

A second scenario anticipates “a seasonal resumption of the circulation of an existing variant or antigenically close to an existing variant”. Such a phenomenon would be expected in the fall or winter, due to "the decline in population immunity" and "the greater transmissibility of coronaviruses in the cold season".

The last scenario counts on "the emergence of a variant X endowed with an immune escape capacity and sufficient contagiousness to be responsible for a new epidemic wave". With a "relatively high level of probability", this scenario could occur "at any time, anywhere in the world".

In this context, "control measures" such as wearing a mask in public transport can be restored "when the health impact of viral circulation is deemed too significant", advises the body.

With regard to the reintegration of unvaccinated caregivers, a subject again on the agenda in the National Assembly and responsible for heated debates between political parties, the Council shares its "reservation". For him, this could harm the health of "often fragile" patients and promote the "appearance of clusters". Especially since he believes that the reintegration of these caregivers "will probably have no impact on the improvement of hospital organization". The body reports 75 doctors and pharmacists among the 85,000 in practice and 950 nurses out of 240,000 who are affected by this suspension.

This is probably the last opinion of the Scientific Council, which, for two and a half years, guided the executive in its health decisions. It is to be replaced at the end of the month by a "committee for monitoring and anticipating health risks".

1 Severance, WeCrashed, Abbott Elementary… Ten series... 2 Death of Charlotte Valandrey: in 2005, she broke taboos... 3 Champions League, F1, sponsors ... When sport leaves... 4 Visa canceled, possible expulsion ... The psychodrama... 5 Success rate, courses, mentions... The results of... 6 How the baccalaureate pass rate fell sharply in 2022 7 Drop in unemployment: what assessment for Macron's... 8 Why Western cities are always attracting more working... 9 Wine tourism: how about listening to concerts in the... 10 Languedoc: wines to offer or taste during the holidays 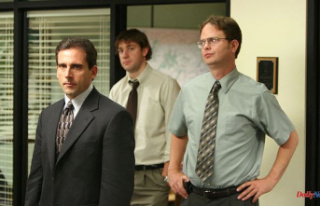