Officially, none of the seven routes leading to the summit, at 4,807 meters, is closed but the access conditions at the end of July are so degraded that only the most experienced climbers are still able to achieve it, according to specialists. 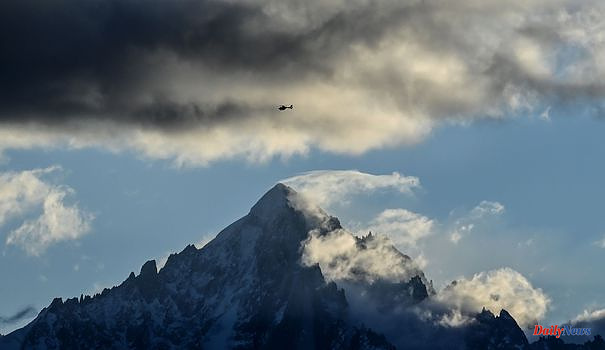 Officially, none of the seven routes leading to the summit, at 4,807 meters, is closed but the access conditions at the end of July are so degraded that only the most experienced climbers are still able to achieve it, according to specialists. of the mountain.

In question, the lack of snow during the winter, which in altitude reveals in many places vast portions of greyish bare glaciers - even yellowish where sand dust from the Sahara has accumulated during the winter. - and bristling with fractures.

The heat did the rest, causing the melting of the fragile snow bridges that make it possible to cross the crevasses and causing landslides.

In Chamonix, at the foot of the white giant, the season is in full swing and tourists flock to the top of the Aiguille du Midi (3,842 meters) where they arrive every day by the thousands by the magic of the cable car.

But up there, in the small cave carved out of the ice that serves as a changing room and starting point for climbers for many mountain races - including the crossing of the Vallée Blanche or Mont Blanc via the route of the "three Monts "-, they are rather few to put on / take off the crampons at the end of July.

Among them the Scotsman Evan Warden and his 14-year-old son, David, came for a ride on the glacier below the Aiguille. They discovered “awful” conditions there: “everywhere we walked, there were constant rock falls and crevasses were constantly opening”, explains the young boy trained in the mountains in Scotland, on his first visit to the Alps.

Both initially hoped to climb Mont Blanc but gave up on this project, "too risky". "Maybe next year... He'll be here tomorrow, he'll be here next month and next year. He won't move," the father philosophizes, wrapping his rope lightly around his shoulders.

Monica and Marten Antheun, a couple in their forties from Norway were also celebrating to rub shoulders with the mythical giant after "three years of waiting": they had booked for "today or tomorrow" with the Compagnie des Guides de Chamonix , laments Marten.

"The guide sent us an email and the Mont Blanc race was canceled due to the weather. I think the guides know the area and the conditions. It's ok for us, we can do it later", tempers his wife.

The Compagnies des Guides de Chamonix and Saint-Gervais announced in mid-July the temporary suspension of ascents to Mont Blanc by the "normal" Goûter route due to rockfalls descending the Goûter corridor, also known as the name "death row". Access remains open to independent guides.

The very high temperatures lately have destabilized the mountain, notes Noé Vérité, guardian of the Cosmiques refuge, located on another route, that of Trois Monts.

He says he recently recorded 6 degrees in the middle of the night at his refuge, at 3,613 meters above sea level. The absence of a refreeze that night forced all the candidates for the ascent who had left the Cosmiques to turn around, he explained by telephone to AFP.

“We see the conditions deteriorating day by day,” he notes. For him, July is usually the peak of the season, but the cancellations are piling up.

The normal route suffers from large rock falls "like fridges". Others like "Innominata" are still practiced but remain reserved for an arch-minority because of their difficulty, he underlines.

Currently, only a "dozen or twenty people per day, rather specialists", reach the summit of Mont Blanc, against 100 to 120 people in normal times, estimates Olivier Grébert, president of the Compagnie des guides de Chamonix.

Canceled races are postponed, reimbursed or redirected to other routes and the Company takes the opportunity to do a bit of education for those who, for example, want to climb the summit "for their 40th birthday".

"This climb must be part of a mountaineering career", explains Mr. Grébert: "Mont Blanc sometimes has the reputation of being an easy climb but this is not the case, this year more particularly again". 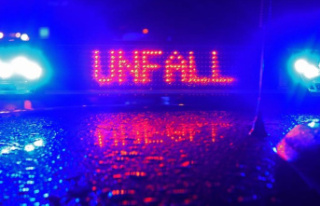