More diversity at last: Director Mia Spengler has pushed through a working paper for the latest "Tatort" that is intended to ensure more diversity in film and TV productions, the "Inclusion Rider". 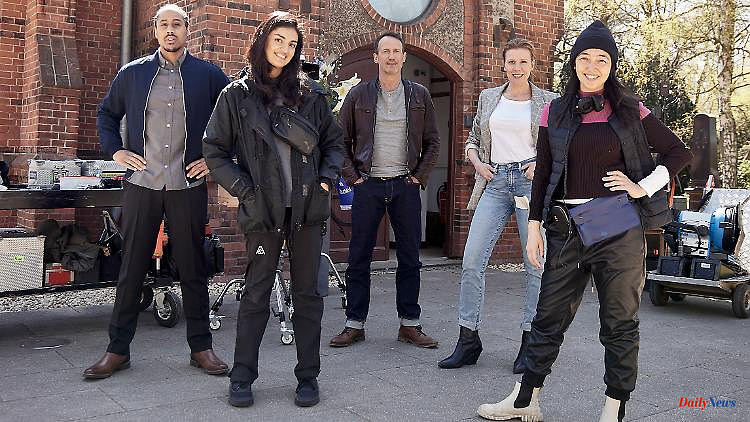 More diversity at last: Director Mia Spengler has pushed through a working paper for the latest "Tatort" that is intended to ensure more diversity in film and TV productions, the "Inclusion Rider". The idea came from Hollywood and has been around for a few years.

Good things take time: It took three years for this paper to make its way from the Hollywood Hills to Hamburg-City. In early March 2018, US actress Frances McDormand won the Oscar for best actress for her role in "Three Billboards Outside Ebbing, Missouri". In her acceptance speech, she drew some attention to the catchphrase "Inclusion Rider". This is a contractual clause that is intended to guarantee that films have as diverse a cast as possible and, above all, that women and minorities are represented in accordance with real life.

The whole thing was conceived by Stacy Smith, founder of the USC Annenberg Inclusion Initiative, a so-called think tank that deals with equality and diversity in the entertainment industry. Smith and her team had discovered that the cast of most American film productions had little to do with the image of the population. The "Inclusion Rider", the inclusion clause in film contracts, should ensure that this changes fundamentally from now on. So McDormand had used the big stage to lobby for this idea. The effort had an effect, and numerous colleagues subsequently also campaigned for this idea.

In May 2021, a German production docked for the first time, "Commitment to more diversity: Inclusion Rider at the new NDR 'Tatort'" - that's the title of the broadcaster's press release and thus gave an outlook on the forthcoming production of the Hamburg "Tatort" with Wotan Wilke Möhring and Franziska Weisz in the lead roles as Falke and Grosz. The ARD viewers could now see the result: "Schattenwelt", the title of the case penned by screenwriter Lena Fakler.

It was director Mia Spengler who called for the "Inclusion Rider" to be the basis for the cast, a first in Germany to ensure that certain demographics had to be involved in the production at an appropriate percentage - women, people of color, people of the third sex, people with physical or mental disabilities, LGBTQ, people who are discriminated against because of their gender and gender or cultural identity, body type, socio-economic status or age.

"The decision for me and many of my colleagues to have an 'Inclusion Rider' should show that we, as creative people, also take responsibility for shaping our industry in an equal, inclusive and pluralistic way. A movement that is long overdue," explains Spengler, explaining her perspective. Christian Ganderath, head of the film, family and series department at NDR: "Sometimes it is important to give an impetus, to send a signal in order to create greater awareness." Wotan Wilke Möhring was a little bothered by the term ("Sounds like a vehicle for small children"), but agrees with the matter at hand: "I generally think that introducing a quota is a good tool for initiating changes, linked with the hope that one day you won't need them anymore."

Ultimately, 17 percent of the people involved in "Tatort: ​​Schattenwelt" BIPoC, i.e. Black, Indigenous and People of Color, 65 percent of the management positions were female. The NDR also supports the initiative with additional internships for groups that are underrepresented in the film industry. There remains the question of the success, the effect, but also how this clause could be translated from theory into practice, what experiences the team has had and how things could continue in the future.

A panel will be held at the Hamburg Film Festival from September 29 to October 8. Moderated by Kẹ́mi Fátọba, freelance author and co-founder of "DADDY" magazine, Spengler, Ganderath and other guests report on their experiences. Mia Spengler is already drawing a first conclusion: "The 'Tatort: ​​Schattenleben' has created a new status quo."

1 Saxony: CDU candidate Michaelis in the district of... 2 Macron gets the worst result for a president during... 3 Saxony: Best result for AfD in the Görlitz district:... 4 Bavaria: Motorcyclist dies after a collision with... 5 Legislative 2022. Elisabeth Borne is in the 2nd round... 6 Legislative 2022. Elisabeth Borne says, "Faced... 7 Gabriel Attal is largely leading in the Hauts-de-Seine,... 8 The North is led by Gerald Darmanin, Interior Minister 9 Minister Amelie De Montchalin facing great difficulties... 10 Rugby / Federal 2(B). Annecy champion on wire! 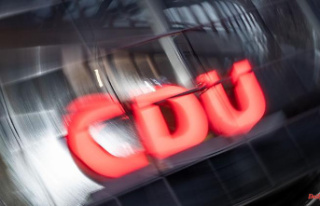 Saxony: CDU candidate Michaelis in the district of...